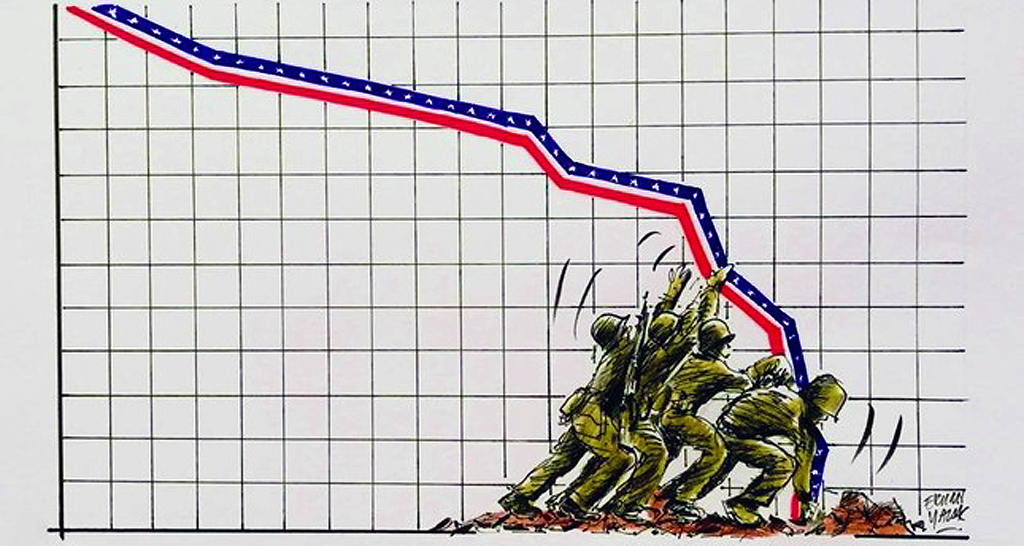 US becoming a ‘concerned’ superpower

Miscalculated steps in foreign policy have already changed the U.S.' image as one of the most 'concerned' world powers

For the last several years now, questions have arisen regarding the U.S.’ global image. Opinion polls conducted around the world all point toward a problem surrounding the U.S.’ standing. One of the causes of this problem is the declining credibility of U.S. power and, given the constant indecisiveness the country exhibits on certain issues, it is rapidly losing its power to deter. Such inaction has also generated a credibility gap in U.S. foreign policy.

The U.S. has started to be perceived as a superpower that makes bold statements and rhetoric, but which fails to take real action. One of these rhetorical actions that U.S. foreign policymakers often make these days comes in the form of expressions of “concern.” While the international community looks to the U.S. to take a position on unfolding international events, instead of action, all we get is their “concern” about those events.

When this habit initially came about, it was difficult to predict the step beyond “concern” that the U.S. would take regarding a particular issue. After all, concern can be interpreted broadly as anything: an ultimatum, a warning, a call or a plea. Many began to question whether “concern” was part of a wider policy that may or may not lead to action.

However, as the term was used more frequently, many deduced that it was not part of a larger strategy. It has instead become a signature of the hands-off approach the U.S. has opted for in foreign policy regarding global events. This being the case, in the absence of a clear policy and strategy toward international crises, “concern” has begun to be interpreted as deferring action or, sometimes, a pretext for no action at all.

There have been numerous expressions of concern in regard to the conflicts in Yemen and Syria over the last few years. For a certain period, especially when it came to Syria, those expressions were considered a harbinger of an increasingly tough U.S. policy. Many U.S. allies – and even Syrian opposition members – regarded them as a significant step toward a more hardcore U.S. policy toward Syria. However, eventually, one expression of concern followed another, with little change in developments on the ground.

In fact, a simple search of “concern” expressed by U.S. policymakers and officials reveals hundreds of such statements made over the last few years.

Now, in the last few days, we have seen similar statements of concern from U.S. officials – this time over Libya.

After many days of silence and inaction from the U.S., on Saturday, a high-level official from the U.S. administration finally made a statement about the conflict in Libya. A statement from the State Department expressed that “the U.S. is concerned” about developments in Libya. After this expression of “concern,” the statement also mentioned that the U.S. “deplores attacks on innocent civilians and call on all sides refrain from escalation.”

On the same day, Reuters reported that a senior state department official said: “The United States was ‘very concerned’ about the intensification of the conflict in Libya, with a rising number of reported Russian mercenaries supporting warlord Khalifa Haftar’s forces on the ground risking the conflict turning bloodier.”

In fact, the statements from this official have a certain flow. First, there is a reiteration that the U.S. recognizes the United Nations recognized Government of National Accord (GNA) in Libya. The second is that “The U.S. is very concerned about the military escalation.” Third, this concern is directed against Russian military assistance to Haftar, in particular – which is “not good.” However, the next step is precisely what confuses the world regarding the U.S.’ role in global politics today. The same official, after making all these statements, then states that Washington will not be taking sides in the conflict.

Thus, once more, what a statement of concern actually means has become a guessing game for the observers of Middle Eastern politics to figure out. Uncertainty and unpredictability in regard to U.S. foreign policy continue to confuse the world at large.

“Concern” will be the buzzword that describes the perception of the current period in years to come. After losing its reputation as the essential superpower, the U.S. may indeed begin to be referred to as simply a “concerned” superpower.

In Libya, cooperating with Turkey is Europe's best shot
Previous

Spirit of Arab Spring continues to haunt Arab regimes
Next
Loading...
Loading...
We use cookies to ensure that we give you the best experience on our website. If you continue to use this site we will assume that you are happy with it.Ok