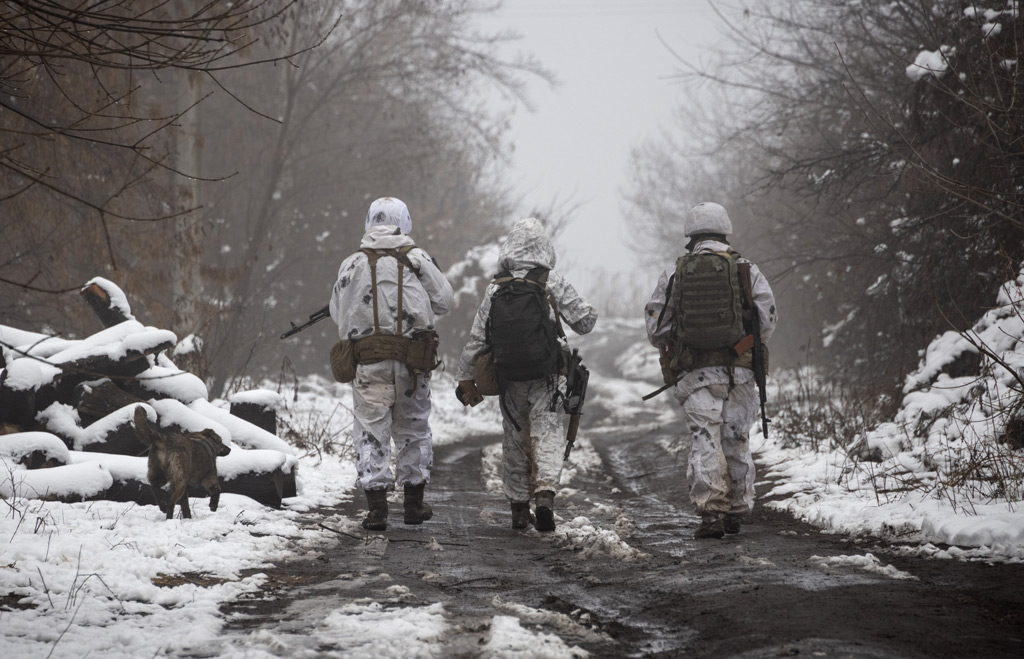 The country is wedged between an aggressive power and idle disunity, suffering from a lack of independence

In my column last week, I have asked whether Ukraine is on the table or at the table. The recent developments show that Ukraine is considered as the subject, not the actor reeling under crisis. Therefore, Ukraine is not at the table but on the table. Neither the Western alliance nor the Russian Federation cares what Ukraine needs. Each side has been trying to intervene in the domestic politics of Ukraine to maximize their respective interests vis-a-vis the other side.

As a result of these external interventions, Ukrainian domestic politics is divided into two sections pushing the state into constant turmoil. While one group seeks the country’s future within the Western alliance, the other side supports closer relations with the Russian Federation.

On the one hand, Western countries have been trying to integrate Ukraine into the Western fold. First, the then-U.S. President George W. Bush declared a program in 2008, according to which Ukraine and Georgia would become NATO members. Then, the European Union negotiated an association agreement with Ukraine. However, after Viktor Yanukovych came to power in 2010, he refused to sign the agreement.

As a reaction to these developments, with the support of Western countries, Western-oriented opposition groups organized mass protests that led to the ouster of the Yanukovych government in February 2014. Yanukovych escaped to Russia and a pro-Western government came to power. That is, the Western alliance temporarily won an important front against Russia. But would Russia accept the loss of Ukraine? The developments following it proved otherwise.

After Yanukovych was overthrown, Russia declared that it would not respect the independence of the Ukrainian state and began claiming parts of Ukrainian territory. Then, it instantly exploited the internal political instability in Ukraine and directly intervened in the internal affairs of Ukraine. While it annexed the Crimean Peninsula, it supported the pro-Russian and Russian-speaking militias in the Donbass region in their fight against the Ukrainian government. Russia provided both weapons and military advisers. Eventually, pro-Russian militias declared the establishment of two pro-Russian independent republics. In other words, the so-called Maidan Revolution in February 2014, motivated and inspired by the West, has ended up with the partition of the Ukrainian state.

Russia considers the future of Belarus and Ukraine as a redline for its security and therefore wants to keep these two states as a buffer zone between the Western alliance and Russia. Indeed, there is no unified Western bloc against Russia. On the one hand, after Brexit, the U.S. has established closer relations with the United Kingdom and Australia. On the other hand, Europe is trying to adopt a more independent foreign policy toward other global powers such as Russia and China. However, it seems that it will not be easy for European countries such as Germany to stray from U.S. policies.

Even the continental European countries have different, sometimes conflicting, perceptions of Russia. In the end, it will be quite difficult to describe the priorities of NATO. For instance, if the U.S. decides to send military troops to the region, it is not clear where the U.S. would station these troops. At this point, questions arise: Where will the defense line be established? What will be the redline for the U.S? Will the U.S. try to appease Russia and follow a relatively flexible policy in Ukraine? Will the U.S. and other Western countries recognize a “limited” or “partial” invasion of Ukraine? Considering the interdependence between Russia and the Western alliance, it is not easy to answer all these questions.

The game and the battlefield

Overall, both the Western alliance and Russia play their grand game at Ukraine’s expense. Considering the demands from both sides, the Ukrainian crisis will not be solved easily. The West will continue to support Ukraine, but it will not stick its neck out and go into a full-scale war with Russia. Nowadays, the Ukrainian state is already under different kinds of attacks such as cyber-attacks, energy shortages and local skirmishes by conventional military troops at the border. In the end, it is not the Western countries and their people but the Ukrainian state and its people who will pay the heaviest price.

Considering that the year 2022 marks the 100th anniversary of the official establishment of the Soviet Union in 1922 and that many Russians still believe that Ukraine was/is part of Russia, one may expect that the Russian leadership may try to get back at least some part of Ukraine. Russia hopes that global public opinion will forget the future of the Crimean Peninsula and the Donbass region or recognize the latest Russian fait accompli.

Can the Turkish opposition fix its waywardness?
Next
Loading...
Loading...
We use cookies to ensure that we give you the best experience on our website. If you continue to use this site we will assume that you are happy with it.Ok