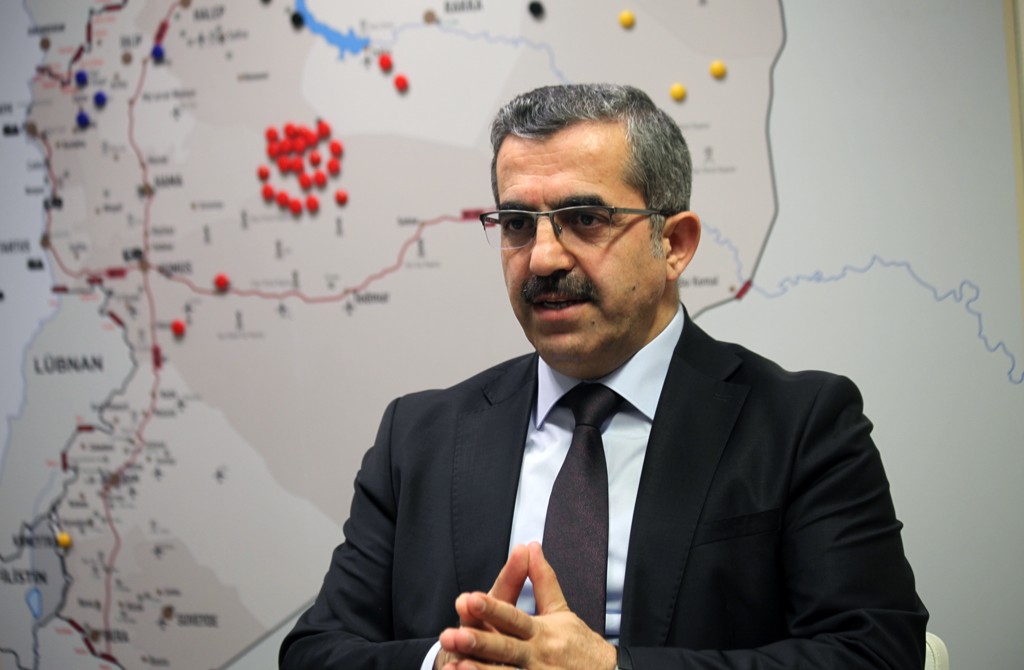 A recent deal between the United Arab Emirates (UAE) and Israel to normalize ties will not change regional balances significantly as it symbolizes merely the formalization of a de facto situation, according to a political analyst.

With this agreement, the UAE is taking a step to formalize its open and secret relationship with Israel, Muhittin Ataman, director of foreign policy studies at the Foundation for Political, Economic and Social Research (SETA), a Turkish think-tank, told Anadolu Agency.

“I don’t expect that the UAE will achieve much with this agreement as it has already been receiving all kinds of support from the US and Israel for a long time”, Ataman said.

On the other hand, the agreement has a great importance for Israel as it represents an official recognition of the occupying country by a third Arab state after Egypt and Jordan, Ataman stressed.

“This recognition will enable Israel to consolidate its legitimacy in the international arena”, he said.

Ataman underlined that encouraged by this move, other Gulf countries, including Bahrain and Oman, may take similar steps to formalize their existing relations with Israel.

Last week, Israel and the UAE announced establishing full diplomatic relations in a US-brokered deal that will see the Jewish states postpone plans for annexation of land it illegally occupies in the West Bank that is sought by the Palestinians for their future state.

Palestinian groups have denounced the normalization deal, saying it does nothing to serve the Palestinian cause and ignores the rights of Palestinians.

Netanyahu on Friday thanked Egyptian President Adel-Fattah al-Sisi and the governments of Oman and Bahrain for their support to the normalization of relations between Abu Dhabi and Tel Aviv.

According to Ataman, besides the Israeli state’s gain, the ruling government and Netanyahu himself are among those who benefit most from this agreement.

Recently, Netanyahu has drastically lost his legitimacy and popularity across the country. Nevertheless, through this move he has considerably strengthened his place in Israeli politics, Ataman highlighted.

The Israeli government has been confronted with anti-Netanyahu protests that erupted two months ago and intensified in recent weeks. Protesters demand the premier’s resignation over charges of bribery, breach of trust and corruption against him.
Motivations for UAE leaders to normalize relations

There are several reasons that pushed the UAE to normalize relations with Israel, according to Ataman.

First of all, the UAE must cooperate with Israel due to ideological reasons. The UAE leadership, which sees Islamic movements as a threat, feels obliged to take the support of Israel and western states to break their influence.

Underlining that the UAE has a “common perception of threat” with these countries, Ataman said regimes that are detached from the public need more external support against their own people.

Ataman underlined that despotic regimes re-gained strength in the Arab world as a result of joint efforts by the UAE, Israel and western countries to reverse Arab uprisings and revolutions.

Since the Arab Spring uprisings in 2011, the UAE took Israel as an ally to roll back movements for democratization in the Arab world.

Stressing that Israel has a powerful intelligence network and a strong influence on western states, Ataman said the country has a serious deterrent force over Arab countries and has the power to cause instability in any of them.

“Despotic Arab regimes have to cooperate with western states and especially with Israel, which is their most important representative in the region, in order to maintain their power,” Ataman said.

Secondly, the UAE regime and its leaders are among the most money laundering actors in the world. Without the support of Israel and the Jewish lobby, it cannot continue its legitimate and illegitimate financial activities on a global scale, according to Ataman.

“Israel opens up space for the UAE to conduct its financial activities,” he said.

Ataman highlighted that the country also needs support from Israel and western countries because it is one of the most active states in maritime trade and port management in the region and beyond.

Lastly, Ataman said that the UAE does not have good relationships with active actors in Palestinian politics. The UAE, which sees Hamas as a terrorist organization, has also tense relations with the Fatah movement.

Only recently, the UAE wanted to replace Palestinian President Mahmoud Abbas with Mohammed Dahlan, who followed dirty works of the UAE at many crisis points, he said.

The UAE leadership wants to install Dahlan as the leader of the Fatah movement to control both Palestinian and regional politics, according to Ataman.

Gulf must receive Israeli support against US

According to Ataman, the reason is that the UAE and other Gulf countries have been faced with cleavages in their relations with the US.

“Gulf countries need the support of states that will completely condone their illegitimate policies and human rights violations”, Ataman stressed.

However, in certain cases, the US government may have to take measures against the Gulf countries due to some domestic and foreign policy conditions, he added.

“We can observe closer relations between US and Iran and a more cautious US policy towards the Gulf in case of the election of US presidential front-runner Joe Biden in the upcoming polls,” he said.

“Therefore, it is vital for the Gulf countries to have Israel’s support against the US,” Ataman said.

Biden is currently ahead in most US polls, but the Nov. 3 presidential elections are still months away.

Analysis: A Vortex Of Conflict the Evolving Dynamics of Turkey’s Involvement in Libya
Previous

Macron's East Med provocations out of control
Next
Loading...
Loading...
We use cookies to ensure that we give you the best experience on our website. If you continue to use this site we will assume that you are happy with it.Ok