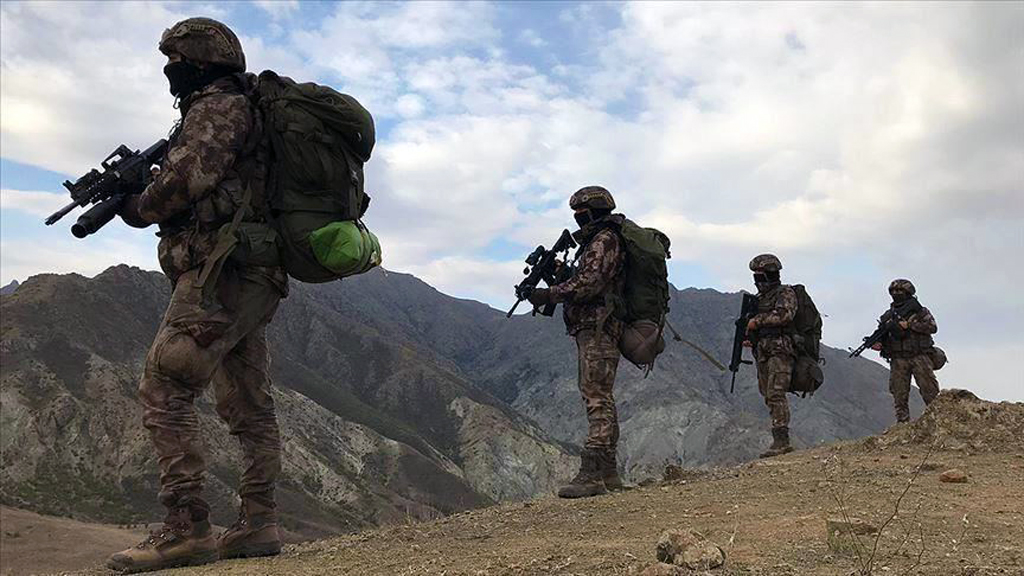 Turkey’s Strategy of Multiple Priority in its war on terror

The PKK seems to have returned to the 1970-1984 period, in which its terrorists were trying to increase their aggressive behavior but were too weak to act in most cases

The presence of the PKK in Turkey, Syria, and northern Iraq will remain the centerpiece of Turkey’s threat perception. Turkey will be focusing a lot of its attention on developing security and stabilization operations in northern Syria, where Turkey has created a safe zone for Syrians. Turkey’s extensive counter-terrorism operations have crippled the PKK’s capacity for violent terrorist attacks and its recruitment efforts. Successful anti-terror operations have changed the behavior of the terrorist organization through the continuity of the “Multiple-Priority Strategy”, which has an “uninterrupted” operational model. This model forces the PKK to use types of attack based on the “hit-and-run” tactic.

Turkey’s internal and cross-border security policy throughout 2019 can be named “Multiple-Priority Strategy”, whose primary purpose has been to control and eradicate the PKK’s weapons and ammunitions in Turkey, Syria and Iraq with the “pro-active security principle”. In line with this purpose, Turkey’s security operations increased by 150 percent this year and the PKK was starved of its capacity for coordinating active terrorist attacks. According to Suleyman Soylu, the minister of Internal Affairs, Turkey conducted over 109 thousand operations against terrorists by using anti-terrorism methods such as road checks in addition to law enforcement, cross-border, and air operations, as a result of which a total of 321 shelters, warehouses and caves belonging to terrorists were rendered unusable in 2019. Also, according to official data, 59 PKK collaborators were arrested. In addition, Turkey has pursued both internal (Kiran 1-2-3-4-5-6-7-8-9) and cross-border operations (Claw 1-2-3 in Northern Iraq and Operation Peace Spring in Syria) by exercising its right to self-defense in line with international law.

Turkey neutralized over 1313 terrorists during Operation Peace Spring, and since the successful operation, 371 thousand Syrians have returned to their home towns in the safe zone, which has been cleansed from terrorists and their ammunitions. During the operation, Turkey clearly had an edge over the enemy thanks to its operations-based technology supported by surveillance provided by its Turkish-made UAVs and intelligence continuously provided by the Turkish Intelligence Organization (MIT). Having lost more than 100 of its senior terrorists, the PKK’s capacity for action has seriously weakened and regional mobility has been restricted, and it has also lost its resources. As a result, members of the terrorist organization, in their helplessness, are often resorting to such craven acts as arson, ambushing, harassment fire, and the like.

Turkey, in addition to its armed struggle being carried out within its framework of uninterrupted operational model, has dealt a serious blow to the human capacity of the terrorist PKK, following a set of psychological and sociological methods. It has also supported the families victimized and terrorized by the PKK with a rehabilitation process. A statement released by the Interior Ministry said that during the persuasion process conducted by Turkey, 214 young people were rescued from the PKK. Also, because of the drastic decline in the number of people joining its ranks and its capacity for carrying out attacks, the PKK has tended to move from ideological radicalization to “violent radicalization”. Indeed, in theoretical framework, the PKK seems to have returned to the 1970-1984 period, in which its terrorists were trying to increase their aggressive behavior but were too weak to act in most cases.

During that period, the PKK’s ability to act was too limited. The terrorist organization was inclined toward child recruitment and frequently stated that the attacks carried out until 1998 were mostly aimed at taking revenge for its killed terrorists. It is observed that the PKK has entered a similar period today. In the current situation, as a result of the internal and cross-border operations carried out by the Turkish security forces, the PKK has returned to a so called “radicalization and recruitment process”, reminiscent of the period mentioned. The PKK is trying to radicalize children and direct them to armed actions by showing special attention to teenagers and young adults. It also creates a perception of marginalization and exclusion in the process of radicalization.

Considering that the number of people joining the PKK is now in the region of 50-60 annually, the terrorist organization is now using tactics that involve using fewer and fewer terrorist elements. To this end, the PKK, as part of its “hit-and-run” tactics, attacked natural resources and forests between January and August 2019 a total of 28 times. According to the Foundation for Political, Economic and Social Research (SETA)’s Terrorism Analysis Platform, the PKK has in the last year tried to use its “hit-and-run” tactics by staging 17 unmanned combat aerial vehicle (UCAV), 12 IED and 11 harassment attacks, but these attacks did not produce results to the level of the forest fires. The organization attacked security forces, usually tactical and operational elements, with hand-made explosives and harassment fires, and also directed the same types of attacks on civilians.

Turkey’s superiority of intelligence and technology will cause the PKK to sustain bigger and bigger losses in any climate and terrain conditions at close or long range. Thus, the group will most probably encourage its terrorists to carry out “hit-and-run” kind of terrorist attacks. In this sense, it would not be wrong to say that the sympathizers of the terrorist organization in urban places are trying to gain the ability to conduct terrorist attacks by grouping around various “revenge” formations.

2020: The state of play
Next
Loading...
Loading...
We use cookies to ensure that we give you the best experience on our website. If you continue to use this site we will assume that you are happy with it.Ok