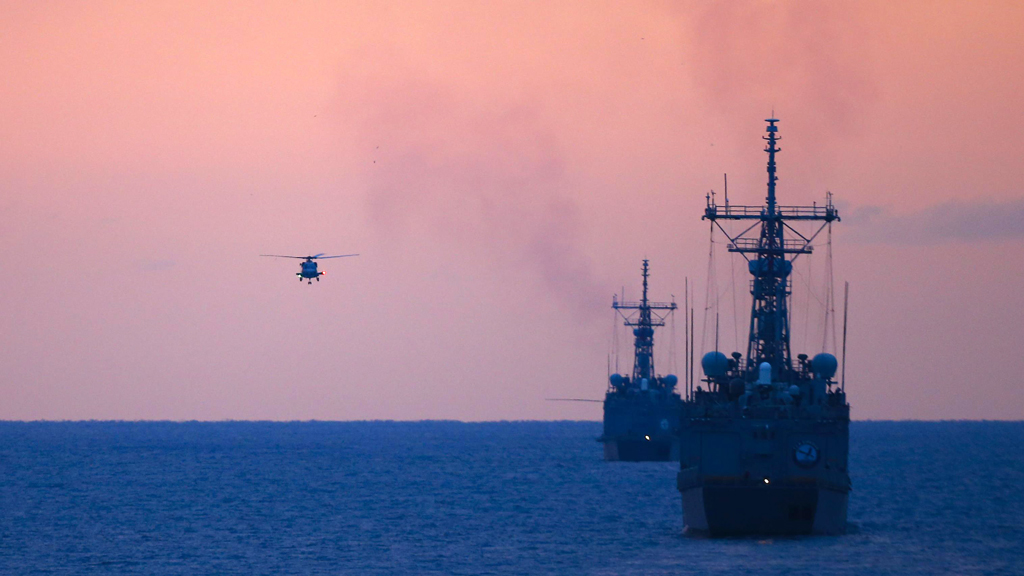 There is a significant responsibility for the European Union and NATO to facilitate finding a fair diplomatic solution to the recent efforts that try to contain and exclude Turkey in the Eastern Mediterranean.

In one of his public speeches last weekend, President Recep Tayyip Erdoğan made important statements that may be interpreted as Turkey’s most recent position in the Eastern Mediterranean scramble. Erdoğan said, “The actors that are planning to violate our rights and interests should be ready to pay the price we already have been paying.” Erdoğan added, “If you are not ready to take such risks and make such mistakes, then you should open diplomatic channels to find a fair, diplomatic solution to the current crises.” Erdoğan’s call was not just a call to Turkey’s opponents in the region but also an invitation to the actors that may consider playing constructive diplomatic roles in the current crisis.

Some actors led by France are encouraging Greece and Greek Cypriots to boost pressures on Turkey in the region. Erdoğan’s recent call was especially to those actors. A group of governments, especially Greece, the Greek Cypriot administration and France, are attempting to redesign the region and exploit its resources by making plans that exclude Turkey. They also receive support from countries such as Egypt, the United Arab Emirates (UAE), Israel and even Italy on some occasions. This coalition considers Turkey overstretched in its military efforts in Syria, Libya and the anti-terror campaign in the northern regions of Iraq. They want to put more pressure on Turkey so they can benefit from the stress the country may experience. It is, however, unrealistic for Turkey’s opponents and rivals in the region to consider regional order that excludes the country that has the longest coastline in the Eastern Mediterranean.

For Erdoğan, the best path for addressing the problems between Turkey and her regional rivals is the diplomatic solution. However, he made it clear that Turkey will not refrain from any substantive steps to protect Turkey’s sovereignty and Turkey’s rights in the region. This is a declaration of a diplomatic commitment rather than a red line that would constrain options for diplomatic solutions. He also made it clear to Turkey’s opponents in the region the costs of potential military action and coercive diplomatic effort. It would be unrealistic for Greece to raise tensions around the island of Meis, which is 2 miles (3 kilometers) from the Turkish coast and hundreds of miles from the Greek mainland. It is a terrible strategy and a huge miscalculation if Greek authorities think that they may gain some strategic advantages in the region by sacrificing the island of Meis with their recent provocation.

Erdoğan’s call can be interpreted in several different ways. First of all, it is necessary to mention that this position and statement is Turkey’s official position, and there are a consensus and commitment among Turkey’s civilian and military bureaucracy behind those statements. Turkey makes it clear that Turkish sovereignty and Turkey’s long-term economic interests will be protected regardless of its potential costs. Turkey will not accept any fait accompli in that region. Erdoğan made it clear to his international counterparts that “if you are ready for a fair diplomatic solution that would be compatible with international law and international conventions, we will be more than happy to explore those options.”

Turkish officials are trying to explain Turkey’s position on every diplomatic occasion, and the Turkish military is trying to make it clear on different fronts that it is unacceptable for Turkey to be encircled in the Gulf of Antalya. The situation in the Eastern Mediterranean region is a strategic priority for Turkey. Turkey has been systematically expanding its naval capacity and investing in military technology to protect this priority. Any effort to change the status quo or to violate Turkey’s rights by violating international maritime law will face pushback.

There is a significant responsibility for the European Union and NATO to facilitate finding a fair diplomatic solution to the recent efforts that try to contain and exclude Turkey in the Eastern Mediterranean. The EU should not take a particular side, which would spoil the diplomatic processes. A fair and sustainable solution to the tension in the Eastern Mediterranean is also crucial for Europe’s stability and energy security.

Balance of change in Turkish politics
Next
Loading...
Loading...
We use cookies to ensure that we give you the best experience on our website. If you continue to use this site we will assume that you are happy with it.Ok