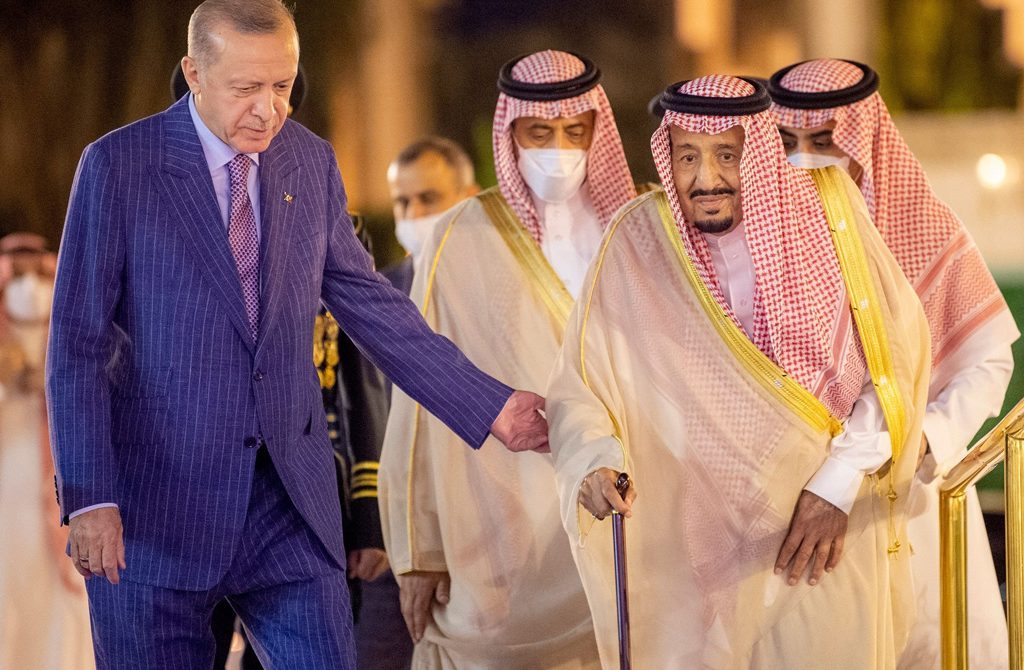 It may not be easy for Turkey and Saudi Arabia to open a fresh chapter quickly, but both have already taken good steps toward it

As a result of changing regional and global dynamics, the cards have been reshuffled in the Middle East. The change and process experienced is mostly described as normalization because the regional states have given up the serious tension caused by the Arab insurgencies and revolutions and started cooperation processes. After the disappearance or change of the sources of these tensions and threats, the regional states started to reprioritize the improvement of their regional and bilateral relations since the beginning of 2021.

There are at least three dimensions of the Middle Eastern normalization process: The normalization between Arab states, between non-Arab states and Arab states, and between non-Arab states. The most significant dimension is the inter-Arab normalization. The most severe tension and conflict erupted between Qatar and three Gulf states, namely, the United Arab Emirates (UAE), Saudi Arabia and Bahrain. The first crisis arose in 2014 as a result of the differences in their reactions to Arab insurgencies. However, the real crises erupted in 2017 when the three Gulf states implemented a blockade against Qatar and tried to overthrow the Qatari government. The normalization process started in early 2021 when Qatar was invited to the Gulf Cooperation Council (GCC) summit in Saudi Arabia. Other Arab countries such as Egypt also joined the three Gulf countries and normalized their relations with Doha.

There are several factors requiring Turkish-Saudi normalization. First, Turkey’s increased relevance in the region forces all regional countries to take Turkey into consideration in their regional policies. No one state can remain indifferent to Turkey’s regional perspective. Considering Turkey’s political discourse, success in the defense industry and successful interventions in regional crises necessitated improving relations with Turkey. The cost of ignoring or contradicting Turkey’s hard power and following anti-Turkey policies has increased dramatically.

Second, similar to Turkey, Saudi Arabia has restructured its foreign policy orientation. It has also begun to take a balanced stance between regional and global powers and accordingly diversified its foreign policy. Both Turkey and Saudi Arabia do not trust their respective Western allies anymore. Both countries have been trying to find alternative routes to maintain their independence. Especially for Riyadh, Turkey can be considered as an alternative source of weapon systems and ammunition.

Fourth, U.S. President Joe Biden’s administration has been insistently eager to finalize nuclear negotiations and normalize Washington’s relations with Iran. This has caused other regional countries such as the Gulf states and Israel to have grave concerns. On the one hand, Iran is considered as the greatest regional threat to the security of Israel. On the other hand, Iran has been posing the most imminent threat to many Arab countries, including Saudi Arabia. Besides representing the two extreme religious and political perspectives, Iran and Saudi Arabia have been conflicting in many regional crises. Iran is engaged in destabilizing activities in both Yemen and Lebanon. Neither Israel nor Saudi Arabia want the normalization of Iran and the removal of sanctions against Iran. Turkey can be seen as a balancing power against Iranian expansionism.

Fifth, the main sources of threat and the power of change have lost their effectiveness in regional politics; therefore, one of the main reasons of the Turkish-Gulf tension has disappeared. There is no reason to otherize Turkey in the region.

Seventh, Turkey and Saudi Arabia are two complementary economies, especially given one specializes in the energy sector and the other specializes in the defense industry and food production. Turkey is dependent on energy resources, and Saudi Arabia is dependent on defense industry products and food imports. The bilateral economic relations can be developed on a win-win basis. Furthermore, the financially rich Gulf countries will be able to make investments in the Turkish market, one of the most attractive destinations for hot money.

Changed regional conditions and global dynamics require both Turkey and Saudi Arabia to change their respective regional positions. However, it seems that the normalization between Ankara and Riyadh is not a holistic process. For now, both countries will try to provide the necessary ground for the maximization of their respective national interests. In other words, not all problems between the two countries have been solved. It will take time to readjust their relations. At this point, each country is expected to abstain from supporting and mobilizing adversary actors against one another. After opening a new page in bilateral relations, Ankara expects Riyadh to cease its support for the PKK terrorist organization, the PKK Syrian wing YPG and Greece. All in all, the two countries need to mend bilateral security measures and restrengthen their positive agenda to make up for the lost years.

Meaning of DEVA's decision for others in Turkish opposition
Previous

Why Is It So Hard to Reach a New Nuclear Deal with Iran?
Next
Loading...
Loading...
We use cookies to ensure that we give you the best experience on our website. If you continue to use this site we will assume that you are happy with it.Ok