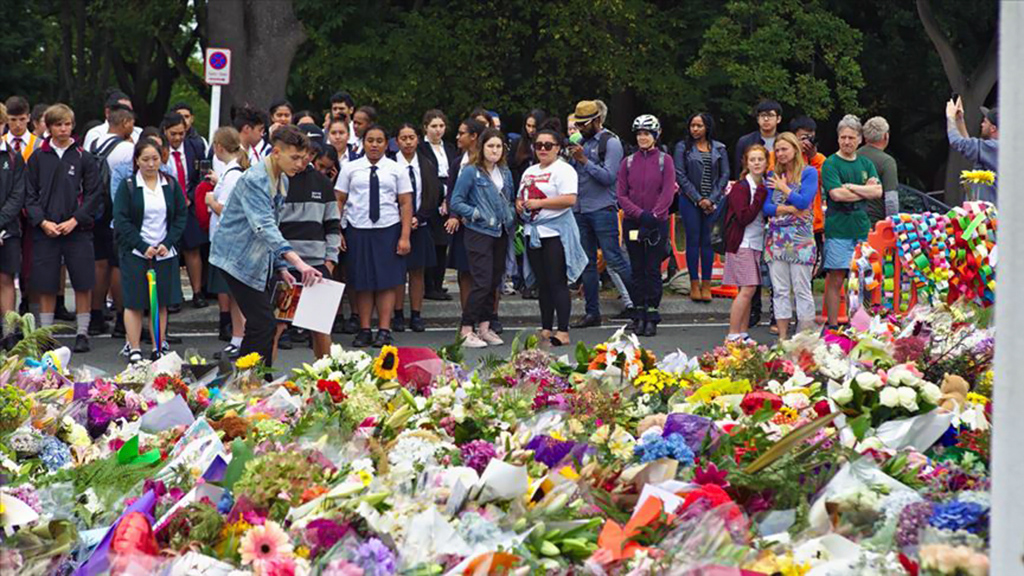 The West’s problem with the non-Western world

The terrorist attack in New Zealand against Muslims was the deadliest attack in the country's history.

The terrorist attack in New Zealand against Muslims was the deadliest attack in the country’s history. An Australian citizen, Brenton Harris Tarrant, killed 50 innocent Muslims during Friday prayers in two different mosques. It is clear that the attack was well-planned. The country’s Prime Minister Jacinda Ardern immediately reacted to the terrorist attack and took a firm stance after the incident. As a determined and sincere leader, she stood by the peaceful culture of her country and by the Muslims living in New Zealand. It was a shock for the whole nation. There is nothing to blame on New Zealand’s government. However, there are too many groups and people to blame; especially some Western politicians and media outlets who have been spreading hatred against non-Western people including Muslims, immigrants, foreigners, Africans and Asians. Some Western politicians, who have been supporting xenophobia and Islamophobia, are responsible for this heinous attack against innocent Muslims. White supremacists, anti-immigration, ultra-nationalist, fascist, racist politicians have tried to justify the terrorist attack against Muslims.

One example is enough to demonstrate the negative effect of these kinds of politicians. Australian Sen. Fraser Anning justified the terrorist attack. Anning blamed immigration policies of developed and Western countries and published a manifesto in which he defined Islam as “the violent ideology,” “the religious equivalent of fascism” and a “savage belief.” He even insulted the prophet of Islam. He described all Muslims as “fanatics” and blamed all Muslims for violence.

The Western media has been encouraging rightist and ultra-nationalist groups and individuals to carry anti-Islamic and anti-Muslim activities and attacks. First of all, as usual, many Western media outlets did not call this barbaric terrorist attack terrorism. Throughout their coverage they carefully chose not to use the word terrorism, neither for the incident nor for the attacker.

For instance, CNN called it a “mass shooting,” while the BBC simply called it “mosque shootings.” They did not use even once the word “terrorism.” However, if the attacker was a Muslim, then the picture would be totally different. Most of the time, these Western media outlets consider the killer as a “lone wolf” or a person with psychological problems.

On the other hand, they depoliticize the terrorist attack. Therefore, they see the incident planned and executed by the white Western man as an anomaly; but for a non-Westerner it becomes normal. Second, these Western media outlets mainly focused on how the attack happened but abstained from analyzing it. They give detailed information about the incident and the killer. However, they do not discuss the root causes of the increasing number of attacks against Islam and Muslims in the Western world.

One good example of such a media person is Rupert Murdoch, whose media outlets spread hate against Islam and Muslims worldwide. In a tweet, he claimed that all Muslims “must be held responsible” for all violence around the world. His media outlets are among the leading anti-Islamic media outlets. Newspapers owned by Murdoch in Australia such as the Herald Sun, Daily Telegraph, Courier Mail and Adelaide Advertiser extensively contribute to the Islamophobia industry. In only one year these newspapers posted more than 3,000 pieces directly targeting Islam and Muslims. New Zealand pulled Murdoch’s Sky News channel off the air because of its irresponsible shooting coverage.

It also seems that the attacker Tarrant reserved a special page for Turkey. Tarrant called Muslims not to go to Europe and live there. He even called for the assassination of President Recep Tayyip Erdoğan. In response, Turkey has sent Vice President Fuat Oktay and Foreign Minister Mevlüt Çavuşoğlu to New Zealand to show sympathy and share the sorrow of Muslims of New Zealand and offer assistance to the government.

It is not a coincidence that Turkey is a common target and enemy of anti-Islamic, anti-Muslim, anti-immigrant, xenophobic groups and individuals in the West. Turkey has been trying to defend the rights of not only Muslims but also those from the global south and the oppressed worldwide. Turkey has been representing the political opposition of the status quo, the ultra-nationalist and illiberal Western-dominated system. While Turkey is not a heavyweight player militarily and economically, it has become a vocal critic of the divisive and conflictual Western political discourse.

Analysis: Israel’s changing Security Understanding before and after the Arab Uprisings
Previous

Taking stock of campaign rhetoric in Turkey
Next
Loading...
Loading...
We use cookies to ensure that we give you the best experience on our website. If you continue to use this site we will assume that you are happy with it.Ok