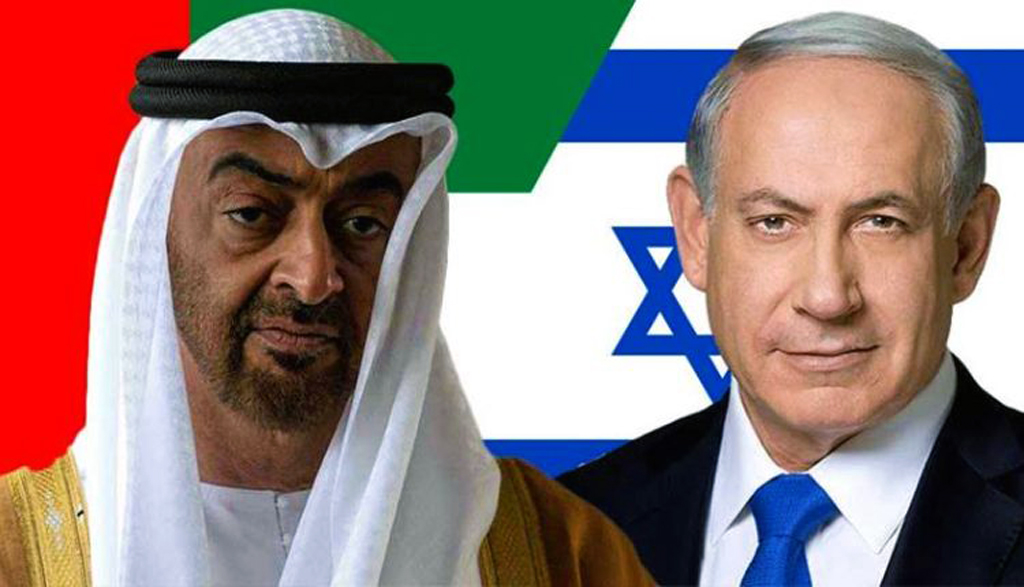 The UAE-Israel agreement and the Arab world

After the formalization or normalization of bilateral relations between the United Arab Emirates (UAE) and Israel, many observers began to discuss the agreement's impact on Middle Eastern politics and the Arab World. It seems that the biggest impact will be on the future of the “political Arab world,” which collapsed in the wake of the Arab insurgencies and revolutions during the Arab Spring.

After the formalization or normalization of bilateral relations between the United Arab Emirates (UAE) and Israel, many observers began to discuss the agreement’s impact on Middle Eastern politics and the Arab World. It seems that the biggest impact will be on the future of the “political Arab world,” which collapsed in the wake of the Arab insurgencies and revolutions during the Arab Spring.

With external interventions into the domestic affairs of Arab countries, the transformation processes failed in almost all countries. The state structure was demolished in Syria, Yemen, Libya and Iraq. Egypt, which came under the control of the UAE and Saudi Arabia, has lost most of its political leverage in regional issues. Tunisia, the only country still in the transformation process, has been struggling to survive. The two non-Gulf monarchies, Jordan and Morocco, succeeded in managing the impact of the Arab Spring. However, these two states are still vulnerable to any external intervention. In Sudan, the longtime authoritarian regime of Omar al-Bashir was overthrown by an Emirati- and Saudi-backed military man. Eventually, the Arab Spring turned into an Arab Winter.

The new policies of these two countries breach tradition. Therefore, the divides between the traditional pro-status quo states and revisionist countries, between monarchies and republican regimes and between conservative and secular ideologies in the Arab World have come to an end. Nowadays, these divisions do not exist. The current two political camps are powers of democratic change and the powers of despotism. While the first camp is diverse, consisting of different ideologies from political Islam to liberalism, the second front consists of supporters of personalistic, not even familial, regimes.

The Israeli state has been benefitting from and exploiting this vulnerable conjuncture and the disarray of the Arab World. With the support of the Trump administration, Israel took significant steps to eradicate the “Arab threat” and solve the Israeli-Palestinian question as it wants. The most recent accord between the UAE and Israel is the latest step taken by the current Israeli and American governments to solidify their position in the region and make sure no popular, aka democratic, movements or political actors come to power in any Arab state. In other words, the accord is another formalization of Arab dependence on external powers.

When we look at the agreement closer, we can see that it will assure not only Israeli security but also Israeli expansionism and occupation. First of all, with this agreement, the UAE recognizes the annexation of the holy city of Jerusalem. The accord officially paved the way for the legitimization of the current and future Israeli occupation of the Palestinian lands.

Second, the UAE violated the Arab League Peace Initiative, which stipulates that if Israel ends the occupation and lets the Palestinians have their own states, all Arab countries would recognize the Israeli state and normalize their relations with it. With this agreement, the UAE ended the Arab Initiative and thus Arab unity. That is, regarding the Israel-Palestine question, the UAE has normalized or formalized its relations with Israel for free. In addition, by signing this accord, the UAE has scattered the political Arab world. From now on, it will be quite difficult to establish a united front against Israel, which was the main reason for Arab unity throughout the second half of the 20th century. Furthermore, the Israeli occupation of Arab lands was the main motivation for the legitimization of the Arab regimes.

Third, the accord between the UAE and Israel will force other Arab countries to follow the same path – that is, recognizing Israel – but take nothing in return. It became clear that Israel will not take any conciliatory step toward the Palestinians. Nowadays, many Middle Eastern observers gamble about the next state that will recognize Israel. While some claim it will be Bahrain and Oman, others argue Morocco will be the first to follow suit. Western states and other global powers will put pressure on Arab states to initiate bilateral diplomatic relations with Israel, and it will be more difficult to resist this pressure. Furthermore, from now on, the Israel-Palestine question will not be considered a premise for the normalization between Arab regimes and Israel.

Reflections on Turkey's discovery of natural gas
Next
Loading...
Loading...
We use cookies to ensure that we give you the best experience on our website. If you continue to use this site we will assume that you are happy with it.Ok