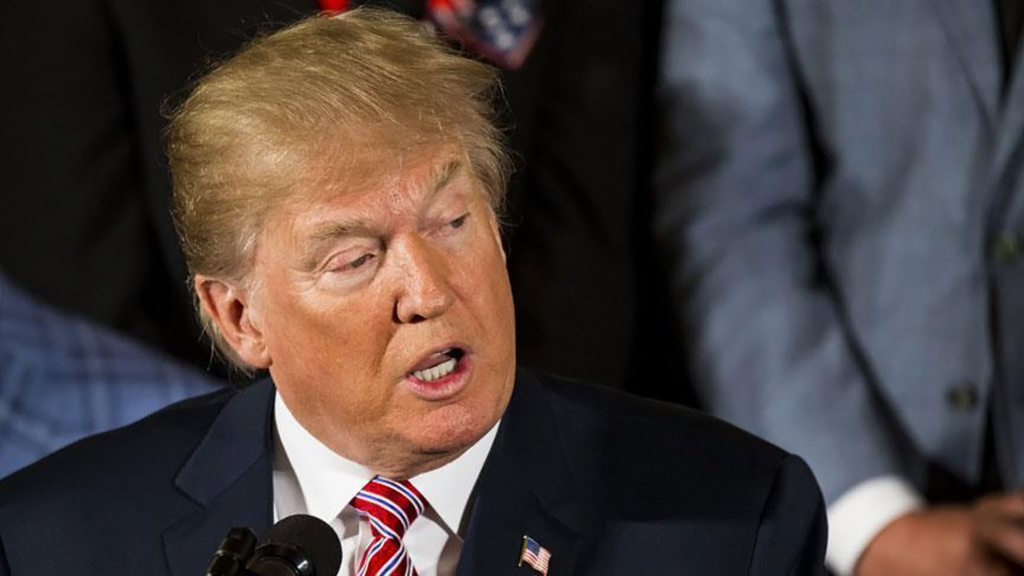 The Trump effect and Turkey’s rapprochement with Europe

The Trump administration's policy of economic selfishness doesn't just make the U.S. look like a vulgar and isolated superpower, but at the same time encourages the world's leading economies to work more closely together

U.S. President Donald Trump and Vice President Mike Pence are hell-bent on exploiting the legal troubles of pastor Andrew Brunson in Turkey ahead of the midterm election. First, Pence warned the Turks not to test President Trump’s patience. Then, Secretary of the Treasury Steven Mnuchin threatened additional sanctions if Turkey failed to release Brunson. Finally, President Trump said that the United States “will pay nothing” for the pastor’s release.

Although Turkey and the United States created a road map to de-escalate tensions over Brunson’s continued detention, President Trump continues to pour fuel on the fire. Claiming that Turkey has “not proven to be a good friend,” the U.S. president added: “Turkey has taken advantage of the United States for many years. They are now holding our wonderful Christian Pastor, who I must now ask to represent our Country as a great patriot hostage. We will pay nothing for the release of an innocent man, but we are cutting back on Turkey!”

White House spokeswoman Sarah Sanders has not refrained from displaying the same kind of narcissism: “The tariffs from Turkey are certainly regrettable and a step in the wrong direction. The tariffs that the United States placed on Turkey were out of national security interest. Theirs are out of retaliation.”

The Trump administration’s efforts to justify tariffs with reference to national security is noteworthy. To strengthen its hand at the World Trade Organization, the United States based the most recent tariffs on certain Turkish products in Section 232 of the Trade Expansion Act, which refers to the impact of imports on national security.

The administration’s decision to sanction or impose tariffs on a large number of countries, regardless of the nature of their relations with the United States, gave rise to a new phenomenon. The United States is now fighting a trade war against the world outside the United States. Jacob Kirkegaard, a senior fellow at the Paterson Institute for International Economics, views the current situation as a “global war against the rest of the world.” This is the best way to describe what is happening because the United States has knowingly and willingly “securitized” trade by completely disregarding the objections of some of its closest allies.

The Trump administration’s policy of economic selfishness doesn’t just make the United States look like a vulgar and isolated superpower. At the same time, it encourages the world’s leading economies to work more closely together. The U.S. decision to weaponize the dollar and customs compels them to form a common line of defense in international trade.

Over the years, there have been countless examples showcasing Washington’s willingness toward political and military unilateralism. In the past, some countries benefited from those policies, whereas others were hurt. By contrast, in the current era of trade wars, all countries, except the United States, stand to lose. It is therefore that U.S. allies, including Canada, Mexico and the European Union, find themselves under attack.

By turning trade into a national security question, President Trump forces the rest of the world to impose retaliatory sanctions on the United States. To be clear, that backlash won’t be confined to trade relations. In the end, the United States, which is frustrated by Turkey’s rapprochement with Russia today, could face similar problems with the transatlantic alliance.At the end of the day, the Russian, Chinese, German or French support for Turkey in the face of U.S. sanctions wasn’t just about the potential problems that they would face if the Turkish economy suffers a crisis. Instead, those countries were concerned about the endless chaos that the Trump administration will fuel by randomly sanctioning other countries.

To be clear, all countries are unsettled by where this is going. Efforts to use local currencies, instead of the U.S. dollar, in international trade are merely a first step designed to neutralize the threat of global dollar dominance. Another response is to start looking for new allies, which President Recep Tayyip Erdoğan openly stated last week.

In other words, this isn’t about Turkey’s supposed drift from the West or abandonment of NATO, even though some U.S. media outlets like to think so. Quite the contrary, Washington’s insistence on having an asymmetrical relationship with the Turks fuels rapprochement between Ankara and Brussels.

With a great strategic transformation underway, Turkey-EU relations, which hit rock bottom in recent years, could enter a new stage. To revive Turkey’s integration into Europe, European leaders could take initial steps, including visa liberalization and a customs union deal update. Under the circumstances, German Chancellor Angela Merkel and French President Emmanuel Macron have a historic responsibility to take necessary risks to prevent the Trump effect from fueling uncertainty around the world.

Diplomacy in the dark
Previous

Trump breaking the norms of Turkey-US alliance
Next
Loading...
Loading...
We use cookies to ensure that we give you the best experience on our website. If you continue to use this site we will assume that you are happy with it.Ok