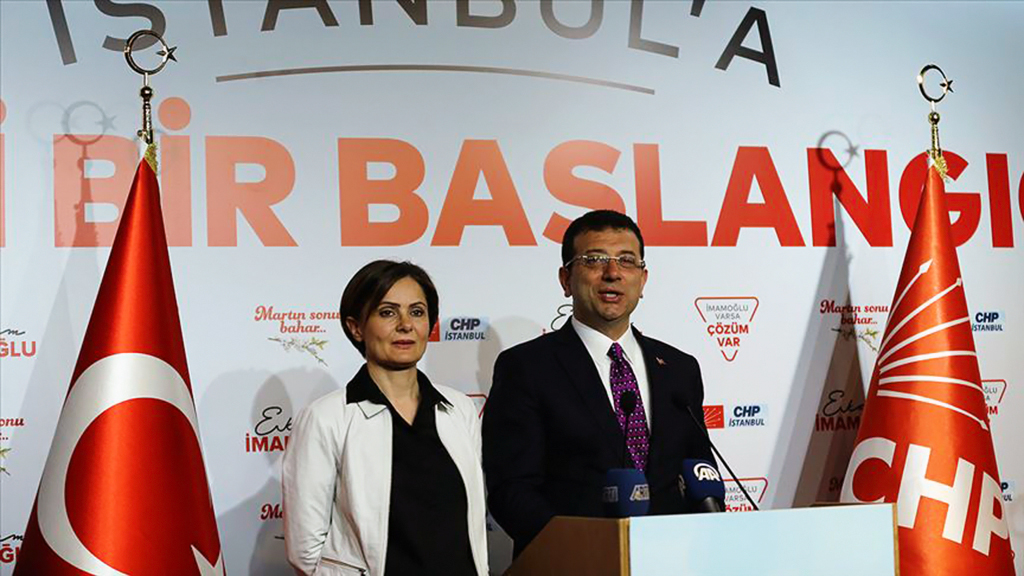 The ‘second round effect’ in Istanbul

The most distinct feature of the upcoming June 23 re-election for the Istanbul Metropolitan Municipality is its function as a second round of elections.

The most distinct feature of the upcoming June 23 re-election for the Istanbul Metropolitan Municipality is its function as a second round of elections. The electorate will revise their choice throughout this process. Campaign strategies and discourses are also being shaped accordingly. There are two mayoral candidates for Istanbul who had a very small difference in their vote shares in the first election: Binali Yıldırım and Ekrem İmamoğlu. The critical question is whether there will be a big difference, as we saw between the elections on June 7, 2015 and Nov. 1, 2015. The conservative electorate is the main group likely to affect the results in the second round. This group will determine whether Yıldırım or İmamoğlu will be the new Istanbul mayor. This segment comprises a number of people who formerly voted for the Justice and Development Party (AK Party) but ended up moving away from the party.

Possible swing votes also include the base of the Felicity Party (SP), which is known for its Islamist-conservative sensitivities, Nationalist Movement Party (MHP) proponents and the Kurdish electorate. The critical role played by the conservative electorate was masterfully manipulated by the Republican People’s Party (CHP) Istanbul mayoral candidate in the March 31 election.

While CHP Provincial Chair Canan Kaftancıoğlu endeavored to appeal to the Peoples’ Democratic Party’s (HDP) secular electorate, İmamoğlu’s main target group throughout his campaign was the conservative electorate close to the AK Party. He made almost all his moves and gestures, which were not found sincere by many, to address this group. By employing Islamist and conservative symbols in an exaggerated manner, he tried to project an image that he has a strong religious and conservative side to his character. He constantly implied that he would not limit the living spaces of conservatives in the city. He concealed the “secularist anger” of the CHP-Good Party (IP)-HDP alliance behind him and covered the anti-religious stance of Kaftancıoğlu, who will definitely have a word in the governance of the city if İmamoğlu is to win.

The CHP candidate wants to win the June 23 election by manipulating the anger of the segments that are dissident to President Recep Tayyip Erdoğan. He is once again engaging in the demonstration of “radical affection.” In his speeches, he initially triggers anger by saying democracy is betrayed, and when the crowds start booing and jeering, he ostensibly soothes them by saying, “No, please don’t jeer, love them, smile at them.”

In other words, the CHP is keeping the radical anger in its base alive, while sugarcoating this anger with a discourse of affection. The reaction given to Yıldırım showed how this tactic works. Yıldırım was jeered at an opera performance with the slogan “everything will be good,” which was certainly not a display of tolerance, but only a different expression of the same old anger. It was basically an iron fist in a velvet glove. This tactic of the CHP candidate can be defined as “cold polarization,” since anger always hides behind a positive statement.

However, İmamoğlu’s rhetoric cannot hide the political determination that manifests itself in the statement “we will remove you from history” circulating on social media. He cannot hide the intentions of groups that want to call the AK Party to account. Also, the all-encompassing and affectionate rhetoric of the CHP mayoral candidate does not rely on any genuine self-criticism of the CHP. Therefore, conservative Istanbulites will make a historic decision. Will those resenting the AK Party choose to limit their own living spaces in an attempt to punish the party they have supported?

The SP base is now aware of the fact that their votes to the SP candidate will favor the CHP. Conservative Kurds, meanwhile, can estimate the consequences of not casting ballots. Will these groups risk their living spaces by opting for a candidate who hides his party’s anger? Or, will they trust the experience of the AK Party and Yıldırım?