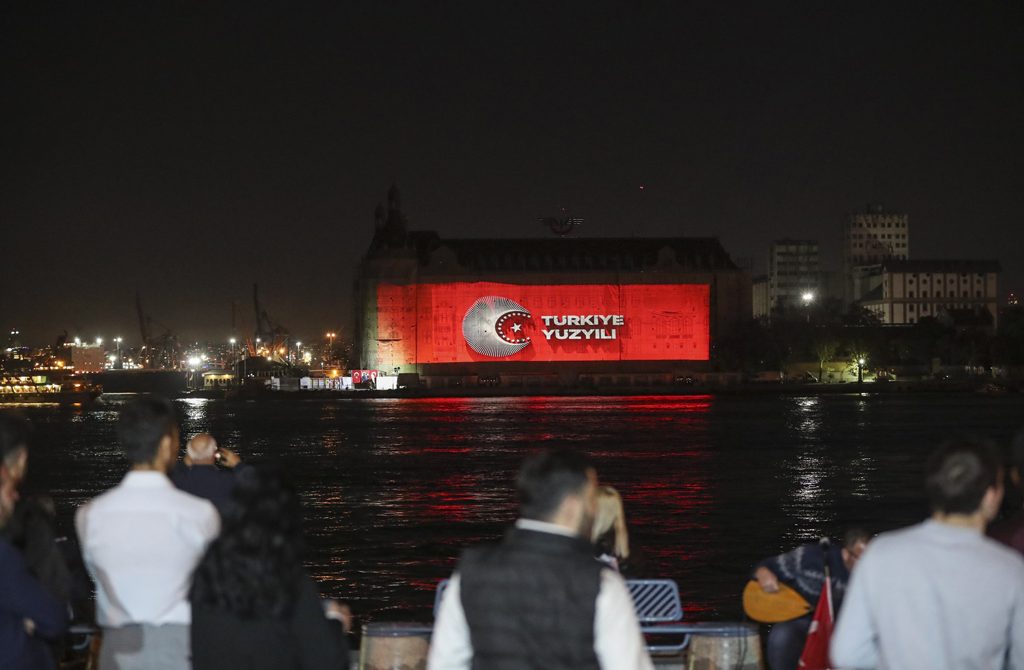 The grand vision of ‘Türkiye’s Century’

As a successful politician introducing new political projects, President Recep Tayyip Erdoğan has set important goals for the Turkish people for 2023, 2053 and 2071.

While the first date is the centennial of the republic, 2053 is the 500th anniversary of the conquest of Istanbul and 2071 is the millennial of the victory of the Turkish state against the Eastern Roman Empire at Malazgirt. President Erdoğan, who is also the leader of the ruling Justice and Development Party (AK Party), unveiled a new visionary document entitled the “Century of Türkiye” last Friday. As one of the key manifestos of the AK Party’s election strategy, this document lays down the centennial targets and objectives for the second century of the Turkish republic, which will celebrate its centennial in 2023. In his speech, President Erdoğan explained the main principles of the long-term domestic and foreign policy orientations of Türkiye.

At the beginning of his speech, Erdoğan explained the main challenges directed against Türkiye throughout the 20th century and how his government has successfully overcome these internal and external challenges. Then, he underlined the struggle against the most critical of these challenges, namely the struggle against both national and global tutelages. For example, he considered “the reverting of Hagia Sophia from a museum back into a mosque as a big challenge against global tutelage.”

President Erdoğan has pointed out that his government “has increased the power of our state, the glory of our flag, and the prestige of our nation by providing personality to our foreign policy.” Thus, he said, “we have become a state that others follow, not a state who follows others.” He said that he and his team are determined to make Türkiye “one of the top10 leading countries in the world in all spheres of politics, economy, technology, military and diplomacy.”

However, Erdoğan has stressed that he is aware of the difficulty of achieving these objectives. Therefore, he explained that “we are at a very critical point. With the steps we will take from now on, we will either take our place in the global super league or face the risk of dropping down into a lower league.”

President Erdoğan, which declared that the 100th anniversary of the republic will be a milestone and the beginning of new politics, has clarified his vision of the world system. Noting that Türkiye will change the style, functioning and results of the new policies, he stated that “we share with all humanity the message that the Century of Türkiye means a revolutionary change which will bring democracy, development, peace and welfare to every corner of the world.” Erdoğan, who has declared that the Century of Türkiye is the century of peace, trust and sustainability, asserted that Türkiye will strive for peace in the region and the world not only by focusing on national interests but also on international principles and multilateral balances.

Erdoğan has emphasized that one of the main objectives of his government is to make Türkiye one of the largest hubs of global trade, industry and energy. He has underlined that Türkiye has increased its capacity, capability and deterrence after revolutionary developments in the defense industry. Erdoğan has explained that Türkiye meets more than 70% of its military equipment from national production. Thus, it has increased the level of self-sufficiency in military consumption. Türkiye has begun to export its military products to more than 170 countries. Especially, after producing some of the most effective unmanned armed aerial vehicles in the world, Türkiye nowadays has been working on producing the combat unmanned aircraft system Bayraktar Kızılelma, which will change the course of future wars.

Observers described the Century of Türkiye Vision as the future grand design of building a powerful Türkiye. The Century of Türkiye has shown that President Erdoğan and the ruling AK Party continue to introduce new programs and projects in order to build the country’s next century. In other words, the Century of Türkiye is the country’s “new world order” manifesto, describing Türkiye’s regional leadership and global status. At the same time, it is a call to the global powers not to intervene in the domestic affairs of Türkiye. Türkiye is ready to deter any external threat with its own capacity and capabilities. Türkiye is determined to become stronger and more effective in its region and the world, in a period of realpolitik and global instability.

All in all, by unveiling the Century of Türkiye, President Erdoğan has sent a strong and clear message to its opponents in domestic politics and the adversaries of Türkiye.

'Century of Türkiye,' revolution to bring peace to world: Erdoğan
Next
Loading...
Loading...
We use cookies to ensure that we give you the best experience on our website. If you continue to use this site we will assume that you are happy with it.Ok