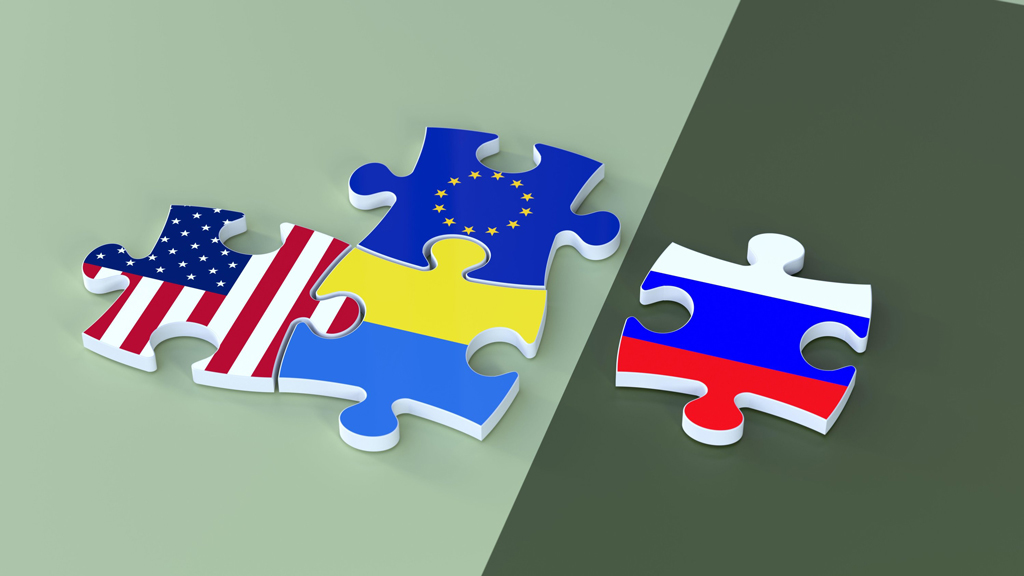 Jigsaw of Ukraine, USA, EU and Russia on the other side of the border. | Illustration by Reuters

While trying to send a message that the EU should spend more time engaging with the world rather than becoming isolated, the bloc's foreign policy chief revealed a lot with his 'garden and forest' metaphor

Some analogies can mean more than just the point they are trying to demonstrate. They reveal a person’s emotional state, political resolutions, sense of self, fears, prejudices and perception of others.

It was this kind of analogy that came out of the mouth of Josep Borrell, the high representative of the European Union for foreign affairs and security policy. Speaking at the European Diplomatic Academy in Bruges, Borrell said: “Europe is a garden … It is the best combination of political freedom, economic prosperity and social harmony that humanity could create. The rest of the world is not exactly a garden. Most of the rest of the world is a jungle and the jungle can invade the garden. Gardeners must tend to it, but they cannot protect the garden by building walls.”

Borrell’s goal was to deliver a message about the European Union engaging more with the world rather than becoming isolated. Yet building on the “garden and jungle” metaphor to argue that the rest of the world would otherwise invade Europe in different ways amounted to a confession in several senses. Critics argue that the European diplomat’s metaphor reflects the West’s Eurocentric, white supremacist, colonialist, racist mindset.

Obviously, one need not go back to the West’s “civilizing-colonializing” era to dig up and expose that mindset. Is is enough to remember the language the United States used to justify its post-9/11 invasions of Afghanistan and Iraq, the way it talked about a crusade before settling on democracy promotion, its Orientalist conclusions that portrayed Muslims as terrorists, and the mild self-critique of those authors, who conceded that mistakes were made.

In general terms, Borrell’s remarks highlighted the serious fears of European policymakers that go beyond the West’s all-too-familiar sense of superiority. In other words, there is a much bigger discussion here. In this sense, the European Union, which needs to create an equilibrium in sync with Russia, the United Kingdom and Türkiye, continues to lose control. Brexit led Britain to play a different geopolitical game. Having excluded Türkiye for various reasons, the European Union currently faces Russia as an enemy. That is why it makes perfect sense for European politicians to try and work out what needs to be done, as the Russian invasion of Ukraine has sparked a crisis for Europe across the board – from energy to the economy and political leadership.

That quest manifests itself in three ways. Primarily, there are folks that stress the difficulty of strengthening Europe’s trans-Atlantic alliance with the United States and the United Kingdom. However, the fact that the Western attempts to isolate Russia end up hurting Europe more than others fuels confusion. The second current reflects certain nationalist/right-wing movements that hope to find domestic, as opposed to EU-wide, solutions. Last but not least, the third group (which includes Borrell) maintains that Europe won’t be able to defend itself or play an influential role in an increasingly uncertain world, which is marked by great power competition, unless and until it becomes united. In this sense, they understand that the EU won’t be able to remain prosperous, safe and democratic as a weak and distracted player. As such, they argue that the fortress ought to address threats by reaching out – as opposed to becoming isolated. For the record, they are not wrong. There is a new kind of crisis underway.

From ‘garden’ to ‘jungle’

The crises that erupted in Iraq and Syria came to threaten Europe with asylum-seekers and terrorists. It would have been possible, people thought, for Europe to manage that situation by ignoring countries like Türkiye, which experienced the same problems and took certain security precautions. As a matter of fact, raising the question of Greece’s inhumane treatment of asylum-seekers in a few official reports would be enough to relieve oneself of one’s sense of guilt. After all, those major problems existed in what Borrell conveniently called “the jungle.”

This time around, the war is taking place in Europe. The United States, China, India and other major powers have no problem with a prolonged war between Russia and Ukraine either. As such, Europe experiences the threat of Russian expansionism as well as the negative consequences of that struggle. The EU leaders continue to lack a common strategic will. The bloc’s Türkiye policy, which Greece and the Greek Cypriots continue to dictate, represents but one case in point.

Here’s a useful reminder for Borrell: Internal strife could turn a “garden” into a “jungle” in the absence of “invaders.”

Deficits in Greece's strategic outlook
Next
Loading...
Loading...
We use cookies to ensure that we give you the best experience on our website. If you continue to use this site we will assume that you are happy with it.Ok