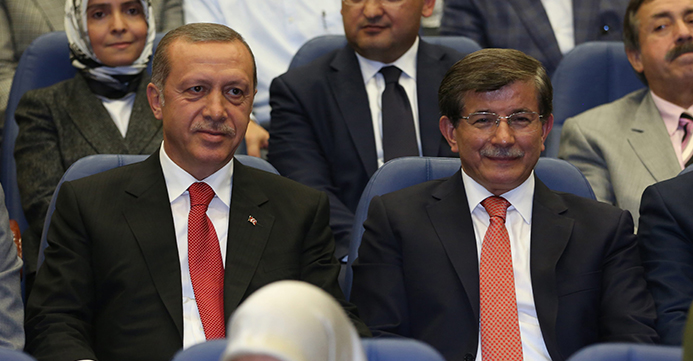 The Davutoğlu Government and Civilization Discourse

A mild and inclusive civilization discourse is required to prompt the human capital of all segments of social life. The key point is the institutionalization of Erdoğan's policies through an active reconciliation.

As already known, the name of the new prime minister and chairman of the Justice and Development Party (AK Party) has been announced. I hope this new period will bring good luck to everyone. From now on, it is time to look ahead and find answers to our fundamental questions. For me, one of the most significant questions is what kind of a political ontology Turkey will adopt during this new period.

From the very beginning, Turkey’s modernization processes have been a project of civilization. From Occidentalism to conservatism and from socialism to Islamism, all the political movements have developed different discourses on civilization. For instance, while the Occidentalists chose to affiliate themselves with Europe, the universal civilization of that period – Kemalism was embodied as a tangible result of that choice. Islamists, on the other hand, suggested an Islamic modernism and dealt with Western secularism and materialism while learning and internalizing the West’s material accumulation at the same time. Their target was to revive Islamic civilization by benefiting from their own history and philosophy. This was an indicator of self-confidence, a way to settle with the modern times and perpetuate Islamic values.

The visualization of an Islamic civilization has developed as a perspective that influenced all the Islamic movements from Muslim intellectuals to the National Vision Movement (MGT) and religious communities. Combining the affairs of the Islamic community with Turkey’s national interests, this new image of a new civilization also represented the self-confidence of the Islamic movement in Turkey against Kemalism and the West. The main concept defining the AK Party from its formation until today has been “the search for a new civilization visualization.” Not limited to only the Islamist perspective of civilization, this perspective endeavors to combine the theses of all political movements by focusing on Turkey. The main theme and focus of Recep Tayyip Erdoğan’s speeches is the emphasis of “our civilization.”

In foreign affairs, the intellectual builder and implementer of this search is Ahmet Davutoğlu. As these two politicians are going to share the leadership of the new Turkey, we have an identical opinion on the new political ontology Turkey will adopt, which is the civilization perspective. The perspective of “our civilization” endeavors to combine the ancient and modern and mixes national, regional and universal aspects together. The civilization discourse of the AK Party has a flexibility that includes both a critical integration with the West through the EU and a harsh criticism of Israel. It also struggles to re-establish the national identity of Turkey by completing the reconciliation process.

Based on the comprehensive flexibility of this civilization discourse, the AK Party tried to deal with the challenges caused by the Arab Spring. This discourse is both used for Turkey’s new regional and global role and for a comprehensive reformation process. Erdoğan’s presidency and Davutoğlu’s prime ministry correspond to the absolute rule of this civilization discourse. At this very point, we have to tackle some critical problems. Should the pro-civilization attitude of the AK Party, which will probably be the ruling power for the next decade, be formed as a rigid ideology suggesting the demolition of Boğaziçi, Bilkent and the Middle East Technical Universities? Could the aim of founding a “new” Turkey be realized through the establishment of a new –ism? I think the answers to both questions should be no. The pro-civilization attitude of the AK Party, the founder of the new Turkey, could not exist in such an exclusivist and discriminative framework. It is clear that all the institutions and political culture aspects of the country should gradually undergo a process of reform.

President Erdoğan and Prime Minister Davutoğlu
Next
Loading...
Loading...
We use cookies to ensure that we give you the best experience on our website. If you continue to use this site we will assume that you are happy with it.Ok