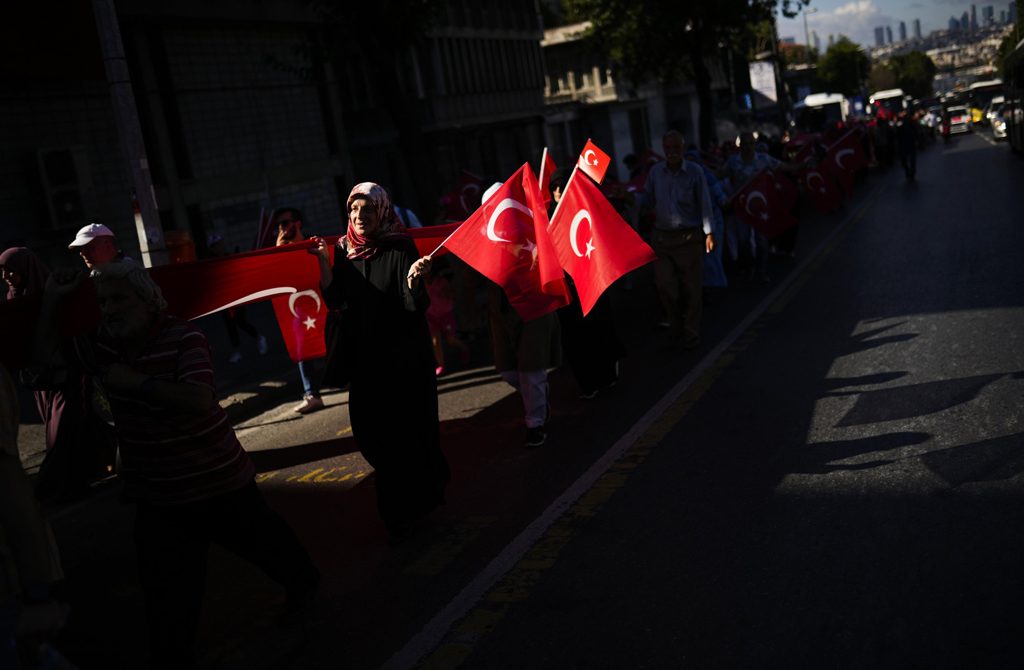 The agenda in Autumn and the HDP factor

The People’s Alliance, which already has a presidential candidate, will redouble its efforts to develop inspiring and constructive policies. By contrast, the competition among presidential hopefuls and over discourse and policy choices will mount pressure on the opposition bloc – the 'table for six.'

Türkiye’s domestic political debate, which shows no signs of slowing down this summer, promises to gain further momentum in the last quarter. It goes without saying that the country will frequently discuss the fight against inflation and the government’s precautions, partly in conjunction with international developments. Indeed, the approach of next year’s election already represents the main point of reference for all political parties and players. Accordingly, the intensity of the war of words and mutual criticism increases every passing day.

The People’s Alliance, which already has a presidential candidate, will redouble its efforts to develop inspiring and constructive policies. By contrast, the competition among presidential hopefuls and over discourse and policy choices will mount pressure on the opposition bloc – the “table for six.”

Here’s the latest on the race for the opposition’s endorsement: The main opposition Republican People’s Party (CHP) Chairperson Kemal Kılıçdaroğlu has successfully undermined the CHP-affiliated mayors of Istanbul and Ankara, Ekrem Imamoğlu and Mansur Yavaş, to increase the likelihood of his own candidacy. His most recent move to own the nickname “Mr. Kemal” – which is what President Recep Tayyip Erdoğan calls him – was widely viewed as an attempt to challenge the incumbent.

Meanwhile, the Peoples’ Democratic Party (HDP) plays an important role in making things easier for the main opposition leader. In recent weeks, a series of HDP-affiliated politicians have made public statements that hurt the chances of the Good Party (IP) Chairperson Meral Akşener as well as Yavaş – politicians with right-wing origins.

Nonetheless, there are still certain obstacles before Kılıçdaroğlu’s emergence as the opposition’s joint presidential candidate. The IP had identified “electability” as a key criterion and the CHP circles seem to share that view. Moreover, the HDP (which identifies itself as a key player in next year’s election) does not yet feel comfortable with endorsing Kılıçdaroğlu.

Most recently, Serhat Eren, the HDP deputy chairperson for legal affairs and human rights, warned that the CHP chairperson was “yet to meet our expectations” and had to go “way beyond the current point.” To clarify, the HDP’s expectations consist of two distinct layers: (1) “The identification of proposed solutions for Türkiye’s pressing problems, including the Kurdish question” and (2) “a plan for power sharing that would include the HDP.” Furthermore, the remaining parts of the Nation Alliance are expected to “support the HDP’s proposed solutions at a minimum level.”

Whereas Kılıçdaroğlu took some steps to meet the HDP’s demands, including objecting to the deployment of Turkish troops to Syria and Iraq, there are many more steps he’d have to take to please that party. Meanwhile, the “table for six” has not yet dared to start a discussion on the “Kurdish question.” The Future Party (GP) has already made public its roadmap, yet a report, on which the CHP has supposedly been working, is yet to see the light of day.

The HDP, in turn, resorts to the kind of rhetoric that would mount further pressure on the “table for six,” counting on this perceived role as “kingmaker.” The party’s former chairperson, Selahattin Demirtaş, recently attempted to create an atmosphere for the opposition to talk about a new “Kurdish opening” by bringing up the HDP reinventing itself as a national party – a promise that he himself broke in 2014 and 2015. Meanwhile, HDP co-chairperson, Mithat Sandra, has been urging the opposition parties to “demand a meeting with (PKK founder Abdullah) Öcalan.”

At this rate, there will be many more conversations on the “Kurdish question” over the next months. It would certainly make sense to expect the opposition to make public its preparations and a heated public debate to follow.

Whether that debate will amount to the “great confrontation” that the HDP expects, however, remains unclear. Such a confrontation would place risking the opposition bloc’s integrity as well as the support from nationalist voters, on which they count.

Could Kılıçdaroğlu secure the HDP’s support without fueling an intense debate on identity? We will have to wait and see. It is inevitable for him to experience more pressure and tensions though.

Türkiye’s pending military operation in Syria and the HDP closure case, too, stand to determine the nature of that discussion. The impact of international developments should also be incorporated into that equation.

After all, the world could be extremely busy this autumn. Tensions between China and the United States, where midterm elections will be held in November, over Taiwan as well as Europe’s political instability due to the deepening energy crisis, the worldwide recession, a fresh escalation in the Russia-Ukraine war and additional Western sanctions targeting Russia immediately come to mind.

Experts Respond: Political Tensions in Iraq | Analyzing the Storming of the Parliament and Its Impact
Next
Loading...
Loading...
We use cookies to ensure that we give you the best experience on our website. If you continue to use this site we will assume that you are happy with it.Ok