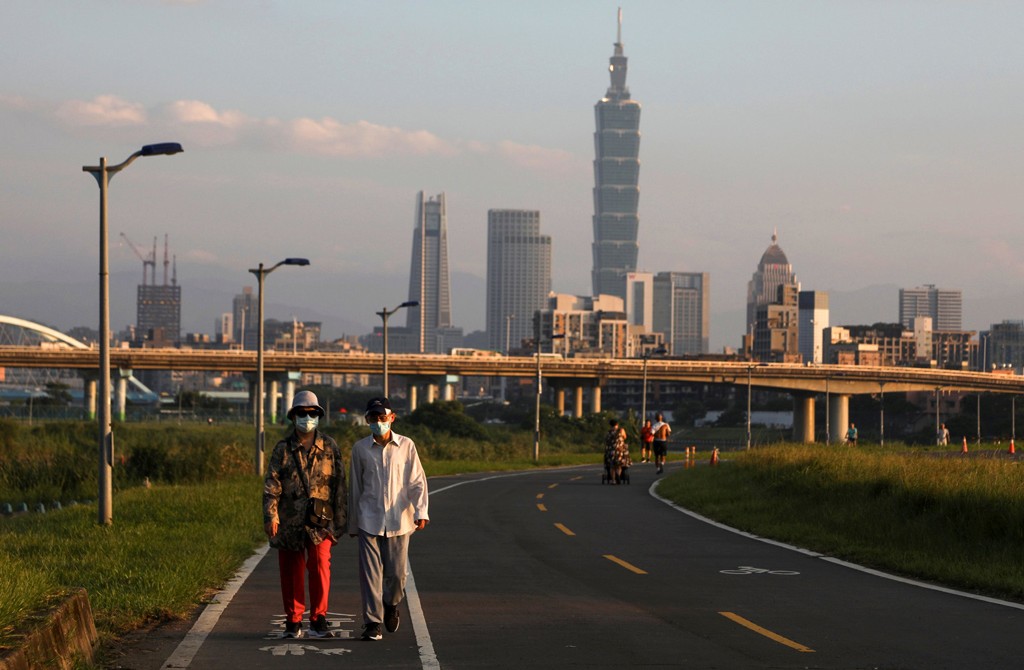 People wear protective masks to prevent the spread of the coronavirus as they walk on a river path at sunset in Taipei, Taiwan, Aug. 6, 2020. (Reuters Photo)

When the coronavirus outbreak started to spread around the world in February, there were a lot of debates about the pandemic's potential implications on world politics and the international system. Some thought that the outbreak will be transformative for the international system. According to them, the outbreak could change the balance of power in the world by changing the main dynamics. However, their viewpoints were challenged by a different group of scholars.

When the coronavirus outbreak started to spread around the world in February, there were a lot of debates about the pandemic’s potential implications on world politics and the international system. Some thought that the outbreak will be transformative for the international system. According to them, the outbreak could change the balance of power in the world by changing the main dynamics. However, their viewpoints were challenged by a different group of scholars.

The relations between the two major economic powers were already tense as a result of the trade war between the two countries. Despite the phase one deal between Washington and China that was signed in January, there was a high degree of distrust among both governments. The outbreak intensified this existing mutual skepticism and generated a serious crisis in relations.

First of all, the debates began on the source of the COVID-19 disease and the way China handled the first weeks of the outbreak. According to the U.S. administration, China hid the outbreak from the international community and did not attempt to contain the crisis in Wuhan.

Both governments provided different information regarding the source and spread of the virus. In the U.S., President Donald Trump started calling it the “China virus.” Following this issue, during the pandemic, other topics also started to strain the relations between the two countries, including the status of Hong Kong and the Uighur issue.

However, more recently two major developments emerged that have the potential to leave an even more detrimental impact on relations. First, U.S. sources, in recent weeks, have alleged that Chinese hackers are trying to organize cyberattacks on research centers working on the COVID-19 vaccine.

These claims were repeated in multiple different instances throughout the crisis. Amid this tension, the U.S. administration has also attempted to take precautions against some popular Chinese apps.

Secondly, and more significantly, the Taiwan issue has started to become a powerful fault line in bilateral relations. Although the Taiwan issue has been a hot topic for U.S.-China relations for a long time, it was considered mostly a dormant issue. Since the beginning of the outbreak, Taiwan has been on the agenda of U.S. policymakers more often than usual.

The U.S. administration attempted to incorporate Taiwan in the World Health Organization (WHO) as an observer nation. There have been constant references in the U.S. to the handling of the outbreak by Taiwan during the pandemic. This situation without a doubt irritated Beijing, which was not happy with these references.

Last week, another step was taken by the U.S. concerning its relations with Taiwan. This time it was mostly in the context of the pandemic, however, it still angered Beijing. The U.S. administration last week announced that U.S. Secretary of Health and Human Services Alex Azar would pay a visit to Taiwan.

This visit will be the highest level visit of a U.S. Cabinet member to Taiwan since 1979. The U.S. administration said the visit aims to develop economic and public health cooperation with Taiwan and highlight its success in battling the coronavirus outbreak.

“Taiwan has been a model of transparency and cooperation in global health during the COVID-19 pandemic and long before it … I look forward to conveying President Trump’s support for Taiwan’s global health leadership and underscoring our shared belief that free and democratic societies are the best model for protecting and promoting health,” Azar said.

Beijing strongly objected to the plan of visiting Taiwan. However, the U.S. administration will likely move forward with this visit.

In the coming days, it is highly likely that this issue will be one of the core areas in the U.S.-China rivalry. The fact that the tensions started with COVID-19 demonstrated that the outbreak will intensify U.S.-China tensions. The Taiwan issue became the first major development in the bilateral relations of the two countries during the pandemic.

Beirut blast and the fate of the Middle East
Next
Loading...
Loading...
We use cookies to ensure that we give you the best experience on our website. If you continue to use this site we will assume that you are happy with it.Ok