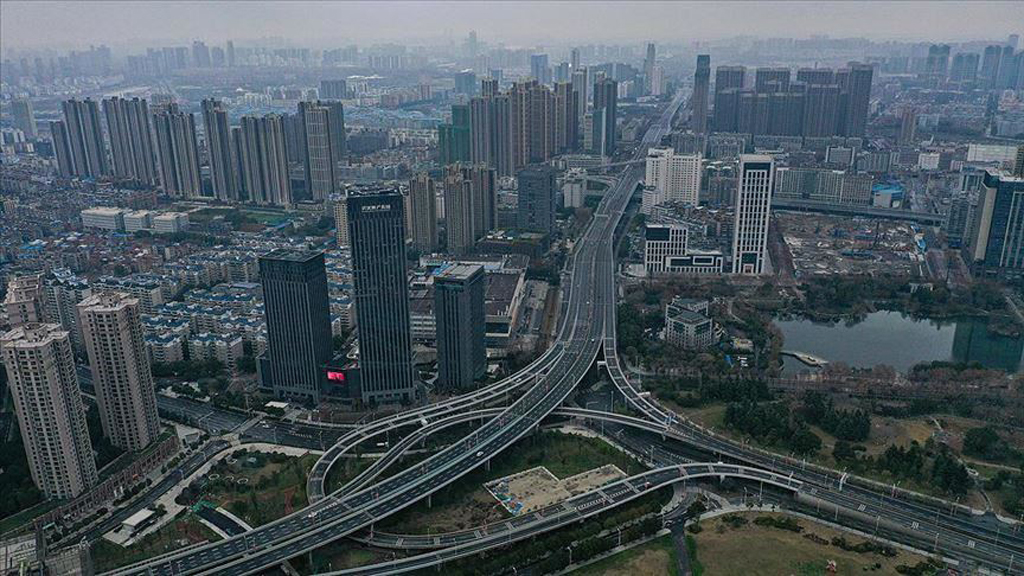 Scenarios for post-COVID-19 global order include possible rise of China, expanded US manufacturing

The recent COVID-19 pandemic started as a global health crisis, but it immediately spread to and started to influence the other domains of life all over the world. The crisis directly affected economies across the globe. Some analysts argue that the impact of the COVID-19 pandemic on the global economy may be deeper and more widespread than the impact of the Great Depression of the 1930s. Like all global economic crises, the COVID-19 crisis will also have a significant impact on the global power configuration. A new international system may emerge, or the existing system may be revised entirely because of the direct and indirect consequences of the recent crisis.

The recent COVID-19 pandemic started as a global health crisis, but it immediately spread to and started to influence the other domains of life all over the world. The crisis directly affected economies across the globe. Some analysts argue that the impact of the COVID-19 pandemic on the global economy may be deeper and more widespread than the impact of the Great Depression of the 1930s. Like all global economic crises, the COVID-19 crisis will also have a significant impact on the global power configuration. A new international system may emerge, or the existing system may be revised entirely because of the direct and indirect consequences of the recent crisis.

Scholars of international relations are making their assessments and predictions about world politics in the post-COVID-19 era. There are alternative scenarios and projections about how the current crisis will affect the shape of world politics. Some analysts argue that the crisis will accelerate the power transition from the West to Asia. The post-COVID-19 era may be the beginning of a China-centric world order and China-centric globalization. Others argue that the predominant factor, the United States, will change its policy concerning China, reduce its global engagement in some parts of the world and use its resources more effectively to balance China. The U.S. strategic retrenchment may reduce America’s global role. Such a scenario may generate power vacuums and zones of competition and chaos.

Some analysts argue that there will be a more delicate balance of power and more dynamic diplomacy games all over the world. Regional powers may play more significant roles within this new power system. There may be dynamic alliances and counter-alliances that may trigger some regional tensions and limited proxy wars. Such a scenario is not very different from the reality we have been experiencing in international relations in the last decade. Pessimists argue that the current crisis and other global problems will deepen because of the lack of solidarity and cooperation between important global powers. They say that if global issues cannot be resolved in coordination, the world may be dragged into a broader political crisis or even into a new global war. Optimists, on the other hand, argue that humanity may still demonstrate solidarity in the face of such a widespread emergency. Shared human interests and the human drive for survival may push governments to cooperate and work on shared agendas.

So far, all the schools of thought in international relations evaluated the possible consequences of the COVID-19 crisis according to their conceptual frameworks and theoretical and analytical tools. That is why there is a considerable variation in how the alternative actors interpret today’s events and why their projections differ. There are, however, specific points of consensus among various schools. Most analysts predict that Asia and China will have a more significant role (either positively or negatively) in international politics. States will have a more central role in many fields of economy and politics. State strength and institutional capacity will be an essential asset in the new era. There is increasing skepticism about regional and international organizations due to their impotence in the COVID-19 crisis. The other point most analysts argue is that the crisis will also have a significant influence on shaping the domestic politics of many countries. The financial crisis of 2007-2008 led to the strengthening of right and left-wing populist parties all over the world. The current crisis may further strengthen authoritarian states if they perform well. Liberal values and institutions may also dissolve in the coming years. Liberalism, international institutions, civil society and multinational companies will probably be the losers in the post-COVID-19 era.

There is also a consensus that the post-COVID-19 world will be more Asia-centric. China will play a bigger central role, either becoming more constructive or more destabilizing. This will depend on when the complete damage report of the pandemic is calculated. China preferred a more constructive approach in its relations with the U.S. because the American and Western markets were essential for Chinese manufacturing and export. This dependency moderated China’s relationship with its Western counterparts. This situation may change if the production and supply lines gradually shift back to the U.S. or to other Chinese alternatives. Symbiotic relationships that pacified tensions may be transformed, escalating the tensions and raising the competition between the U.S., Europe and China. According to this negative scenario, in the early stages before they eventually adapt themselves, all actors may lose. Such a scenario may also damage the American and European companies that compete globally.

The alternative scenario is the rapid normalization of China from the impacts of the COVID-19 with the restoration of manufacturing and trade. Such a scenario may give a huge global competitive advantage to China, which it may use to help the recovery efforts of the other international actors. In a sense, this may be a new “Marshall Plan,” which may have a more constructive and more sustainable political and cultural influence on China. China will, in return, expect the continuation of an open trade regime for its manufactured goods and technological products. To what extent China is willing and ready to play such a role or how this process will be managed are critical questions that need to be addressed in the coming months. In any case, the international order that we are used to is destined to change in the coming months and years. Those who are more flexible and open to adapt to the new conditions will persist and prosper, whereas the more stable yet more unwieldy systems will experience trouble.

A New Issue of Insight Turkey entitled as “The Ordeal of the Century” Has Been Released!
Previous

5 Questions: COVID-19 Pandemic and Racist Accusations against the Turkish Community in Belgium
Next
Loading...
Loading...
We use cookies to ensure that we give you the best experience on our website. If you continue to use this site we will assume that you are happy with it.Ok