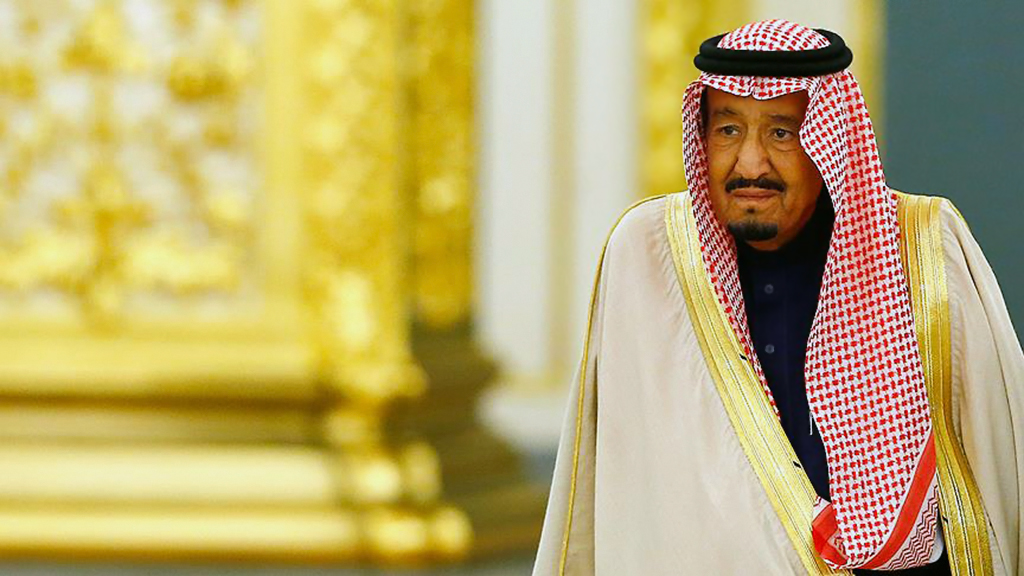 Saudi Arabia is in big trouble

Riyadh has a long history of abductions and enforced disappearances when it comes to dissidents.

For more than one week, the House of Saud has been under fire for its ties to the United States and its crackdown on dissidents. First, U.S. President Donald Trump shared details of his most recent conversation with Saudi Arabia’s King Salman to a group of his supporters in Mississippi, where Trump told him that he could not survive for more than two weeks without Washington’s support. The U.S. president’s remarks were crude enough to hurt the Saudi monarch’s pride. At the same time, the situation was grave enough to take stock of U.S.-Saudi relations, which had been steadily improving since World War II. Again, Trump’s statement was remarkable enough that Riyadh had to think long and hard about its joint plans with the Trump administration in the Middle East.

It would seem that the Saudis won’t just spend money to pay for forming alliances with the U.S. next to the infamous orb in Riyadh and trying to form an anti-Iran bloc in the region. The decision by regional powers to have an asymmetrical relationship with the United States often results in fragility and a violation of their national interests. The security services that countries with no autonomy purchase with cash tends to be a nuisance and, if necessary, a threat against their employer.

Trump’s crude words must not be viewed independently of his address to the United Nations, where he warned the Organization of the Petroleum Exporting Countries (OPEC) members not to raise oil prices. After all, Saudi Arabia remains one of the world’s largest oil producers. In other words, the Trump administration doesn’t want the Saudis to raise oil prices in order to pay the United States.

In response to Trump’s statement, Saudi Crown Prince Mohammed bin Salman gave an interview to Bloomberg, where he attempted to defend his country’s pride. The crown prince told reporters that Riyadh had already paid for the weapons that it purchased from the United States. He added that Saudi Arabia had been around since 1744 – three decades earlier than the United States. To be clear, those words weren’t intended as a criticism of Donald Trump. Riyadh works very hard to irreversibly align its policies with Washington’s priorities. For this purpose, the Saudis have ended up adopting the Israeli position on Palestine and Jerusalem. Having taken huge risks to make concessions that amounted to a break with traditional Saudi foreign policy, the House of Saud appears to think that it has no choice but to embrace Trump. Hence the crown prince’s efforts to downplay the U.S. president’s remarks: A friend, he argues, can say good or bad things.

Another incident that captured the world’s attention was the disappearance of Saudi journalist and dissident Jamal Khashoggi at the Saudi Consulate in Istanbul. Last week, he entered the Saudi Consulate to obtain official papers necessary to get married in Turkey, and never came back. Turkish police are concerned that Khashoggi was murdered, dismembered and carried out of the Saudi mission in multiple bags.

Riyadh has a long history of abductions and enforced disappearances when it comes to dissidents. The 1979 disappearance of Nassir al-Sa’id in Beirut, the 2003 abduction of Prince Sultan bin Turki in Geneva immediately come to mind. So does the suspicious disappearance of Saud bin Saif al Nasr. Again, the detention and forced resignation of Lebanese Prime Minister Saad Hariri wasn’t too long ago.

The Khashoggi scandal could deal a serious blow to Turkey-Saudi relations. If the authorities are right about what happened, it will be difficult for Riyadh to explain why it decided to kill a dissident at the Saudi Consulate in Istanbul. At this point, President Recep Tayyip Erdoğan said that he is “very sorry” and pledged to “closely monitor” the investigation. Going forward, Turkish and Saudi officials need to work together to shed light on this incident.

Moreover, we must point out that this affair amounts to a scandal with serious international repercussions for the Saudis. Having spent millions of dollars over several weeks to portray himself as a “reformist” in Washington, the Saudi crown prince now faces fierce criticism there. There is talk about the U.S. Congress moving to “punish” Saudi Arabia – which could derail ongoing efforts to create the Middle East Strategic Alliance that is intended to bring together Egypt, Jordan and the six members of the Gulf Cooperation Council. Riyadh must understand the limits and dangers of collaborating with Donald Trump. It has no choice but to engage Turkey on the basis of cooperation.

Greed must be brought under control. Covert operations only serve to ruin friendships.