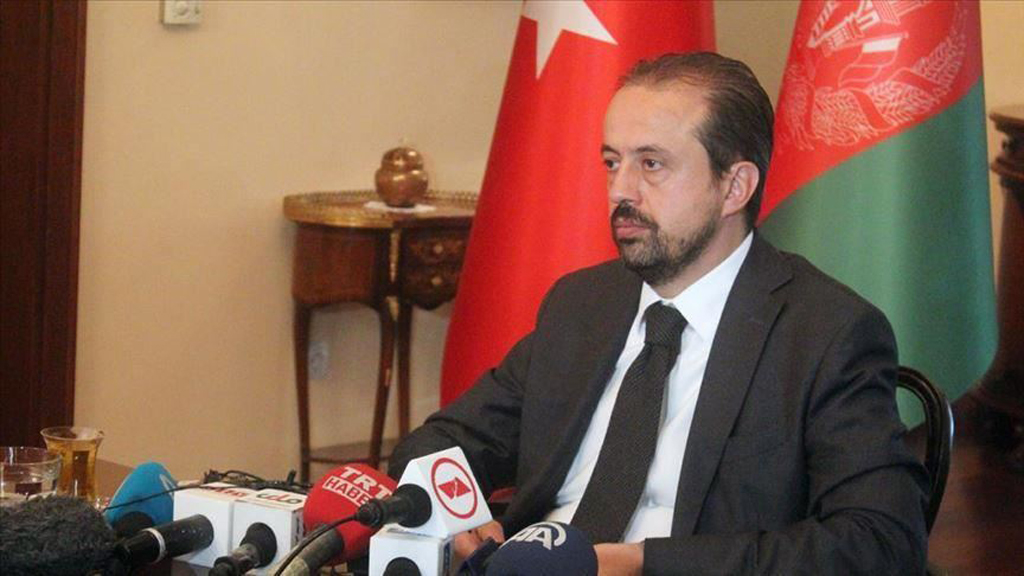 Consensus among regional countries can drive peace in Afghanistan with people of the war-torn country in the driver’s seat, speakers said at an international virtual conference.

“The Afghan peace process seems long, [and] complex with the bumpy road,” said Oguzhan Ertugrul, Turkey’s ambassador in Kabul, at the conference hosted by Ankara-based Foundation for Political, Economic and Social Research (SETA) on Friday.

In February, the US reached a deal with Taliban to end the war. The US promised to withdraw all troops within 14 months if the Taliban uphold the deal. The deal followed the intra-Afghan dialogue in Doha last month.

“Turkey is ready to lend its support to facilitate the two sides – Republican [Kabul administration] and Taliban,” the Turkish envoy said.

“However, no third country should impose themselves on the negotiating teams,” the ambassador said emphasizing the level of violence spiked in recent months which needs to be reduced soon.

But, Ertugrul said: “It is not easy to generate regional consensus for peace in the country […] There are competing interests of the regional players.”

The Turkish ambassador said he is “cautiously optimistic about the future as the peace process is long.”

“It needs all-inclusive peace to sustain – to meet the demands and expectations of the Afghan society. [But] lack of political unity is the big challenge in Kabul,” he pointed out.

Afghanistan held general elections in September 2019 but results were declared in February 2020 and the Cabinet was announced just three days back.

“Government is yet to take a vote of confidence and Afghan High Council for Peace is yet not fully operational,” the envoy said.

“It is really difficult for Kabul team in Doha to defend its achievements of the last 20 years,” he said.

Ertugrul, however, added that consensus among the “regional countries was important which will help peace to sustain.”

The speakers acknowledged that Heart of Asia – Istanbul Process had brought all stakeholders together on Afghanistan.

Turkey-led Istanbul Process was initiated in 2011 and its last summit was held in Istanbul last year.

Khan Wali Khan Basharmal, Afghanistan’s ambassador to Turkmenistan, while detailing the country’s “nature of tolerance” in past, said that times have changed for the country.

“There is too much difference between 1999 and 2020,” said Basharmal, referring to the time before the US-led international forces’ invasion.

“Region is changing […] outdated infrastructure of Asia needs to be changed with modern infrastructure and the regional players see towards US behavior in Afghanistan and we do believe the US is playing a positive role in the peace process,” he said.

“International partners [must be] committed to values achieved in the last 19 years; if that does not happen, the region does not have a bright future in terms of regional connectivity,” Basharmal added.

Despite Afghanistan’s “rich history of social toleration”, the Afghan envoy said paving the way for sustainable peace in Afghanistan is “not easy as public mindset, political and civil society were badly devastated, demolished through foisting proxy policies on Afghan people which furthered extremism.”

After World War II, he said, Afghanistan would host 0.25 million tourists. He said Afghan women got voting right in 1921 and that Kabul University had established “Asia’s first computer laboratory.”

“But it was badly ignored during the Cold War era when the country had maintained a neutral position,” he added.

He said there are more than 4 million social media users in Afghanistan who “independently express their ideas and not only criticize government policies but also come up with solutions to their problems.”

“Connecting Afghanistan to Central Asia is a remarkable initiative and Afghanistan President Ashraf Ghani offered regional connectivity to Pakistan. We are for promoting peaceful ties while getting together to meet the modern challenges,” he said referring to the seven-point “peace plan” mooted by Ghani “for long time stability in Afghanistan”.

He, however, regretted that Afghanistan was “left alone after 2014” by the international community.

“We are fighting 95% of the war ourselves […] by the Afghan government and are now recruiting the youth in national army ranks,” he said.

In her comments, Tanya Goudsouzian, a journalist, said both great and small powers have “meddled in Afghan affairs” for long.

“Peace will continue to elude until regional rivals continue to use Afghan soil for their interests,” she asserted referring to diverging roles of regional countries.

Referring to visits by Afghan peace leader Abdullah Abdullah to Pakistan and India, she said: “it is to underscore and safeguard the sovereignty of Afghanistan.”

However, she said Kabul needs to ensure that peace talks with Taliban “will not jeopardize its relations with neighbors”.

“It is important to ensure that Afghanistan is not home to radicals […] It is in the interests not only of the country but the whole international community which needs a collective approach,” she said.

Nagorno-Karabakh: The next Syria in the Caucasus?
Previous

How US elections may influence Washington’s ties with Ankara
Next
Loading...
Loading...
We use cookies to ensure that we give you the best experience on our website. If you continue to use this site we will assume that you are happy with it.Ok