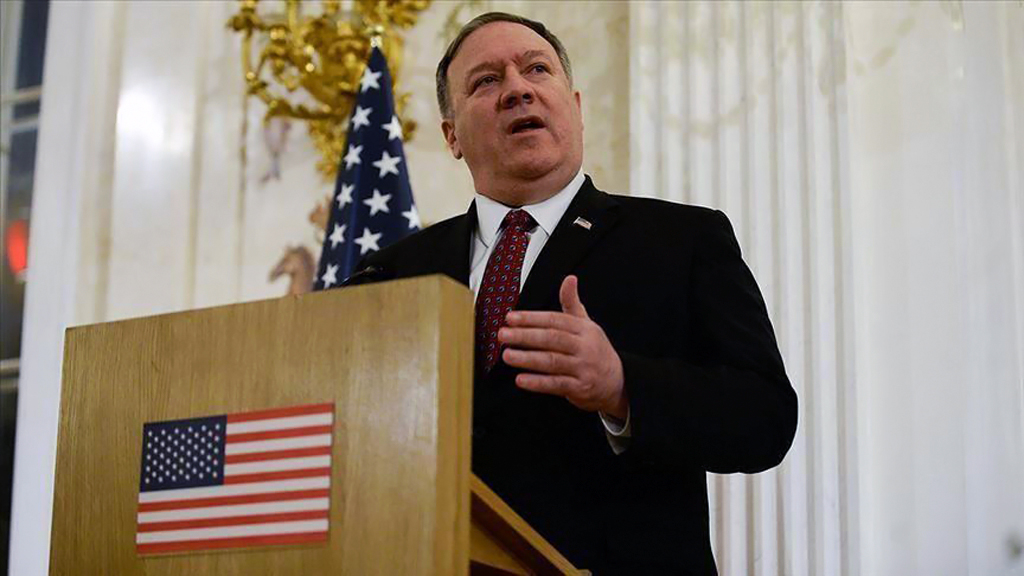 Top US diplomat has inserted himself into US chain of command, independent analyst Mark Perry tells Anadolu Agency

The push for the U.S. to carry out the unexpected assassination of Iranian general Qassem Soleimani last week did not come from the expected corners within the Pentagon.

It came from Secretary of State Mike Pompeo, who played the lead role in the decision to kill the chief architect of Iran’s regional operations, according to independent analyst and historian Mark Perry, who spoke to Anadolu Agency following a panel discussion hosted by the SETA Foundation think-tank.

The top diplomat has been advocating for a tougher U.S. posture on Iran dating back to his time serving in the U.S. Congress and has continued the push through each of the positions he has held within the Trump administration, including his tenure as CIA director.

Pompeo has “been a veteran anti-Iran warrior for many, many years. He’s very pro-Israeli. He does believe that Iran’s been a malign influence in the region,” Perry said.

“That he would be pushing this policy, I don’t think is a surprise, but that he’s been the advocate for something so kinetic, so violent, has backfooted some people in the military who wonder if his influence is too broad, too deep and too great in this administration,” he added.

The operation capped a series of tit-for-tat recriminations between the U.S. and Iran-backed forces that began with the killing of an American contractor at a U.S. base in Iraq late last month. The U.S. retaliated with airstrikes on the Iran-backed militia it says is responsible for conducting the attack, killing dozens. The U.S. embassy in Baghdad was then attacked last Tuesday by a group of enraged militiamen and demonstrators.

U.S. officials have placed blame for the attacks on the U.S. embassy and base squarely on Soleimani’s shoulders, claiming if the airstrike that killed him was not carried out, hundreds more American lives would have been lost.

The Trump administration, however, has so far refused to make public any intelligence it has to back its claims of an imminent threat to American lives.

When asked about the stated reasoning which his department repeatedly pointed to in readouts of phone calls Pompeo had with foreign leaders in the wake of the Soleimani airstrike, the top diplomat demurred, pointing to the series of attacks that already took place.

“We know what happened at the end of last year in December, ultimately leading to the death of an American. If you are looking for imminence, you need look no further than the days that led up to the strike,” Pompeo told reporters at the State Department. “Imminence,” however, refers to things that are about to occur, not events that already happened.

“Then you, in addition to that, have, what we can clearly see were continuing efforts on behalf of this terrorist to build out a network of campaign activities that were going to lead potentially to the death of many more Americans,” he added, without elaborating on the intelligence. He maintained the strike was “completely legal.”

Soleimani’s killing has put the U.S. and Iran on the brink of war, and Iranian Supreme Leader Ayatollah Ali Khamenei has vowed to take revenge for the death of the man on whom he bestowed the country’s highest honor last year.

The central role that Pompeo played in the decision to carry out the strike has led to the consternation of some within the Pentagon, according to Perry, who suggested Pompeo has “inserted himself into the chain of command in the military.”

“There is some discomfort that the people who are in the chain of command are somewhat marginalized and that there’s great deference paid to Secretary of State Mike Pompeo,” Perry said while addressing the SETA panel.

Previous U.S. administrations, including those of Barack Obama and George W. Bush, declined to kill Soleimani out of concern that his death could quickly lead to a broader confrontation with Iran that would rapidly escalate and spiral out of control.

Congresswoman Elissa Slotkin, who served as a CIA analyst and senior Pentagon official for the Middle East under the Bush and Obama administrations, said the central question being asked under those presidents was whether his killing would be “worth the likely retaliation, and the potential to pull us into protracted conflict.”

“The two administrations I worked for both determined that the ultimate ends didn’t justify the means. The Trump administration has made a different calculation,” she said on Twitter shortly after Soleimani’s death was publicly confirmed. “The Iranian government has vowed to retaliate and avenge Soleimani’s death, and could do so in any number of ways.”

Iran’s Islamic Revolutionary Guard Corps targeted the Ain al-Asad airbase in Iraq, a facility jointly operated by U.S. and Iraqi forces, with dozens of missiles early Wednesday morning in what the corps called “merely the beginning of a series of revenge attacks with no deadline for when it ends.”

“We warn all allied countries of the U.S. that if attacks are launched from bases in their countries on Iran, they will be a target of military retaliation,” the organization added in a statement.

Soleimani served as the head of the corps’ elite Quds Force before he was killed.

TurkStream to strengthen Turkey’s energy hub position
Next
Loading...
Loading...
We use cookies to ensure that we give you the best experience on our website. If you continue to use this site we will assume that you are happy with it.Ok