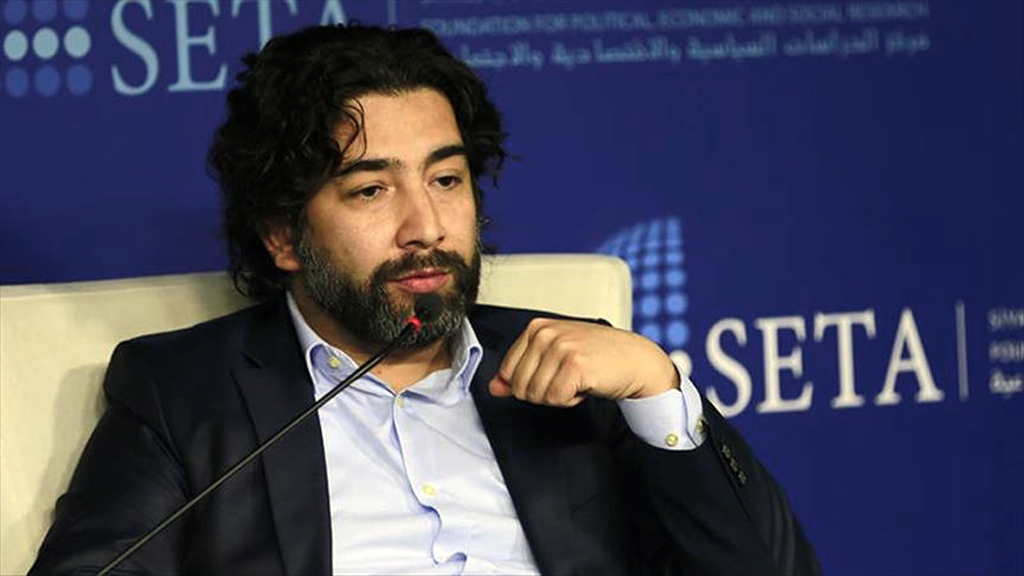 With US Election Day just a week away, Turkey’s Communications Directorate on Tuesday hosted a discussion in Istanbul on the pivotal Nov. 3 polls with senior experts.

Organized as part of the directorate’s Global Affairs Talks, the panel “US Elections and the Future of the International Order” was attended by Istanbul-based international media professionals.

Describing himself as an “open Trump supporter,” Doran said: “I think that the election is a referendum on Donald Trump.”

“I think that the left has very consciously made this election a referendum on Donald Trump. And they made that decision that the minute that COVID crisis hit,” he added.

“The goal has been to hang all of the problems in the country, and especially the COVID problems, and then the protests that have happened in the United States and the economic difficulties that have resulted from the crisis, to hang it all around Donald Trump’s neck,” Doran added.

According to Doran, left-wing Democrats have also used recent “violence that we’ve had on our streets, to create a feeling of chaos,” referring to Black Lives Matter protests and other protests in many US cities over this summer.

The strategy was “in order to put in front of the electorate the choice of back to normalcy with the Democrats, versus the chaos of Donald Trump,” he said.

“Even though the chaos is fomented by the left, they’ve kept themselves one or two steps removed from it, so that they can present it as ‘Donald Trump equals chaos. COVID dysfunction, economic difficulty, and we are the return to normalcy’,” he added.

But “most of the polls, not all of the polling … tells us that the opposite,” he added.

According to Doran, the polling in 2016 was unreliable, as most pollsters pointed to a win by Clinton, the former secretary of state.

Highlighting that Turkey is “an absolutely key partner for the United States in this part of the world and that we should all be working very hard to improve and preserve the US-Turkish relationship,” Doran said: “But that is not the dominant feeling among the American foreign policy elite.”

For his part, Kanat of Turkey’s SETA talked about the election as well as the candidates’ foreign policy platforms.

In the 2016 elections, “shy voters” who didn’t “want to be identified with Trump” due to his “crazy” reputation flew under most polls’ radar, he said.

With few pollsters predicting a Trump win four years ago, his victory “was a surprise for everybody,” Kanat said.

This shows the importance of votes from a “silent majority,” he said.

Kanat also mentioned the “group of Americans who are not happy about what’s going on” in the US and who hold the leaders in Washington responsible for this, a group likely to have their say in this year’s national polls.

French Muslims accuse Macron of dividing society
Next
Loading...
Loading...
We use cookies to ensure that we give you the best experience on our website. If you continue to use this site we will assume that you are happy with it.Ok