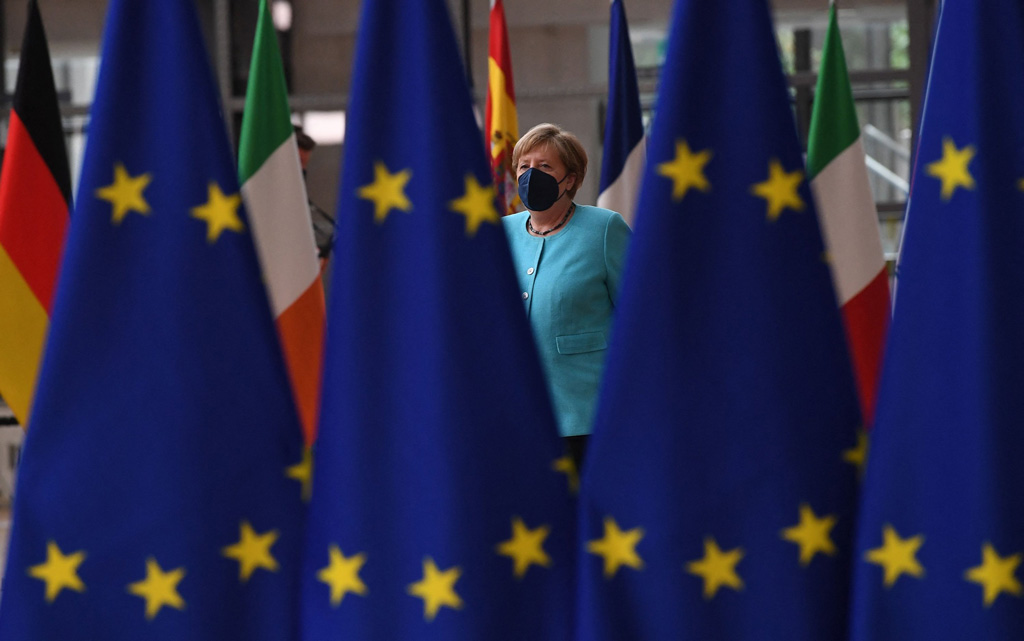 Is the last EU summit surprising?

Although the European summit’s unsatisfactory outcome was hardly surprising, both sides need to make an effort to maintain the positive atmosphere, which emerged in recent months. Brussels delivered a weak response to Ankara’s calls for “a new chapter.” The weakness of that response will add to the workload of diplomats in coming months, as they attempt to prevent fresh tensions in the Eastern Mediterranean and between Turkey and Greece.

A meeting of the European Union’s leaders last week fell short of expectations. The summit, which focused on relations with Russia and Turkey, ultimately yielded a result that unsettled Moscow and did not satisfy Ankara.

The German-French proposal to hold a summit with Russian President Vladimir Putin was rejected. Furthermore, the leaders agreed on the need for a stronger response to Russia’s potential violations in the future and talked about fresh economic sanctions. The Russian government said that the EU had been taken hostage by an aggressive minority.

At the same time, a positive yet minor step was taken regarding Turkey, with which the EU leaders had committed to a “positive agenda” in December and March.

In their final communique, the Europeans conceded that developing their relations with Turkey was in the bloc’s strategic interest, yet did not go further than offering 3 billion euros ($3.58 billion, TL 31.39 billion) for Syrian refugees.

The high-level meetings on the customs union’s modernization and pressing issues such as migration, health care, climate, counterterrorism and regional matters, have been spread over an extended period of time.

There was no mention of visa liberalization or the opening of new chapters in accession talks either.

Indeed, Turkey’s Ministry of Foreign Affairs described that outcome as “far from the necessary steps expected to be taken.”

In a written statement on June 18, it welcomed the EU’s acknowledgment of de-escalation, yet warned that “it is clearly a delaying tactic, a lack of political will, and an abuse of membership advantages by certain EU states to postpone concrete decisions for the implementation of the positive agenda, including the modernization of the Customs Union. Refraining from making a reference to our candidate status in the text confirms this assessment.”

The ministry also noted that “degrading” cooperation on migration to financial contributions alone was a mistake and stressed that the EU’s remarks on Cyprus reflected the Greek and Greek Cypriot positions.

Some may find it satisfactory that a mildly positive agenda has replaced the threat of sanctions in EU-Turkey relations. There is the looming risk of a slowdown, however, due to the upcoming German and French elections. It remains unclear who will replace German Chancellor Angela Merkel. Nor has French President Emmanuel Macron’s fate been decided.

To make matters worse, the EU, which prioritizes consensus among its members, seems incapable of making bolder decisions pertaining to its own strategic interests.

Although U.S. President Joe Biden’s administration’s commitment to strengthening trans-Atlantic relations serves the EU’s interests, managing the “rise of China” remains a challenging task. Washington has not even entirely lifted its pressure on Berlin over the Nord Stream 2.

The main problem is that the European Union cannot build a relationship with Russia and Turkey that serves its long-term interests. It cannot look beyond counterterrorism and migration.

The bloc, which has always found it difficult to set a common policy, now has to wait for elections in Germany and France. That Brussels, under the influence of some anti-Turkish states, took a minor step toward Ankara as an indirect stalling attempt, suggests that the future must be carefully managed.

Although the European summit’s unsatisfactory outcome was hardly surprising, both sides need to make an effort to maintain the positive atmosphere, which emerged in recent months.

Brussels delivered a weak response to Ankara’s calls for “a new chapter.” The weakness of that response will add to the workload of diplomats in coming months, as they attempt to prevent fresh tensions in the Eastern Mediterranean and between Turkey and Greece.

Indeed, the quest for cooperation is better than escalation.

Will the NATO communique go beyond being a wishlist?
Next
Loading...
Loading...
We use cookies to ensure that we give you the best experience on our website. If you continue to use this site we will assume that you are happy with it.Ok