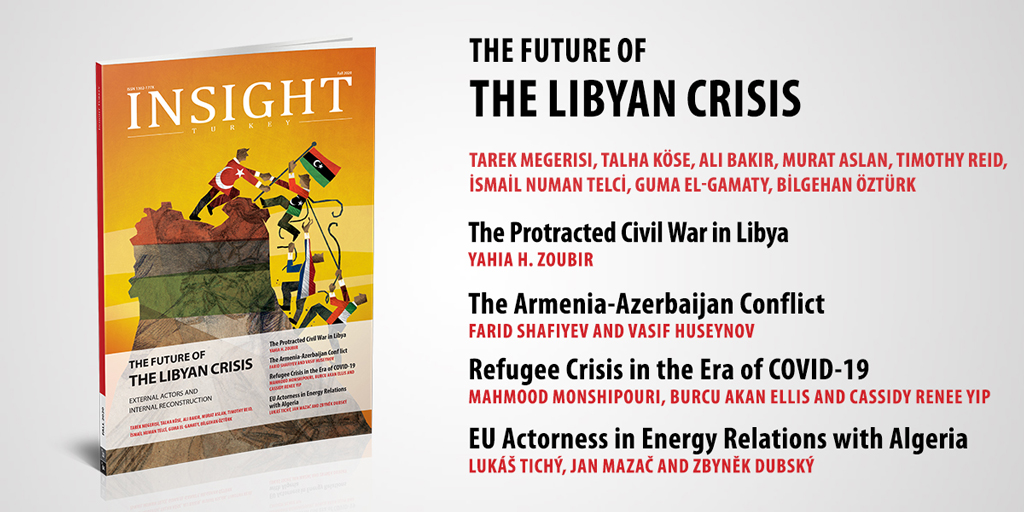 This issue of Insight Turkey focuses on underscoring both promises of internal reconstruction and challenges fueled by different external actors intervening in the Libyan crisis.

This issue of Insight Turkey focuses on underscoring both promises of internal reconstruction and challenges fueled by different external actors intervening in the Libyan crisis. This latest issue includes five commentaries and three insightful research articles that explore the Libyan conflict from different perspectives. While some pieces focus on the role of different actors in the crisis, others analyze the reconstruction efforts.

From the commentaries of this issue, Yahia H. Zoubir presents a coherent framework of the foreign powers involved in the Libyan conflict and their interests. Meanwhile, Shatha Sbeta and Mohamed Abufalgha advocate for a comprehensive framework to address the political, economic, and social challenges facing the country.

İsmail Numan Telci underlines the factors and challenges that made it difficult for Turkey to implement its peaceful plans in Libya, while Guma el-Gamaty argues that the strategic cooperation between the two countries will contribute to lasting peace in Libya. Moreover, Tarek Megerisi analyzes Europe’s policies and relations with post-revolutionary Libya and Timothy Reid examines the premises of the French policy and its real intentions in particular.

In the research articles section, Talha Köse and Bilgehan Öztürk provide a rigorous analysis of the logic behind each the intervention of foreign powers in Libya. Ali Bakir discusses the United Arab Emirates’ interventions in Libya in terms of their nature, extent, motives, goals, and repercussions. At last, Murat Aslan, focusing on state, non-state, and armed actors, analyses Libya’s post-Qaddafi fragile state structure and struggles to build the internal order.

The off-topic manuscripts have a special emphasize on the Armenia-Azerbaijan conflict resolution process and the refugees crisis as the COVID-19 pandemic continues, written by, Farid Shafiyev, Vasif Huseynov and Mahmood Monshipouri et al. respectively.

In addition to these articles Lukáš Tichý, Jan Mazač, Zbyněk Dubský, Shamkhal Abilov, Ceyhun Mahmudlu, and Natig Abdullayev, have enriched our issue with their valuable contributions.

We hope that this issue will be insightful and informative for our readers! 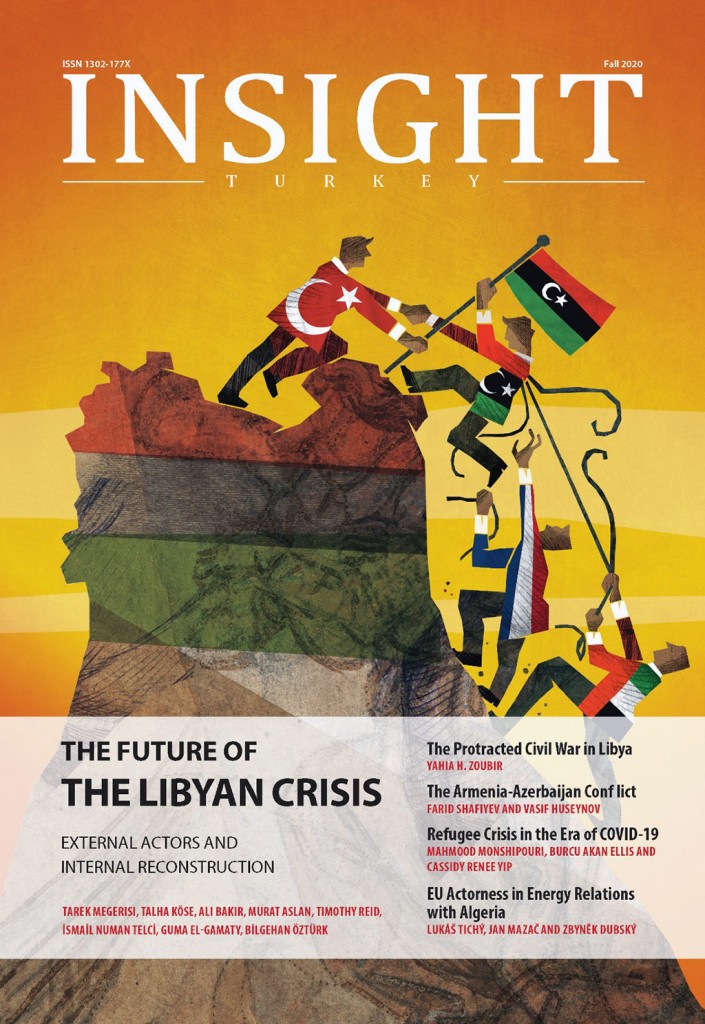 Reform in Turkey – but how?
Previous

Assassination of Fakhrizadeh: Another indication of systemic crisis
Next
Loading...
Loading...
We use cookies to ensure that we give you the best experience on our website. If you continue to use this site we will assume that you are happy with it.Ok