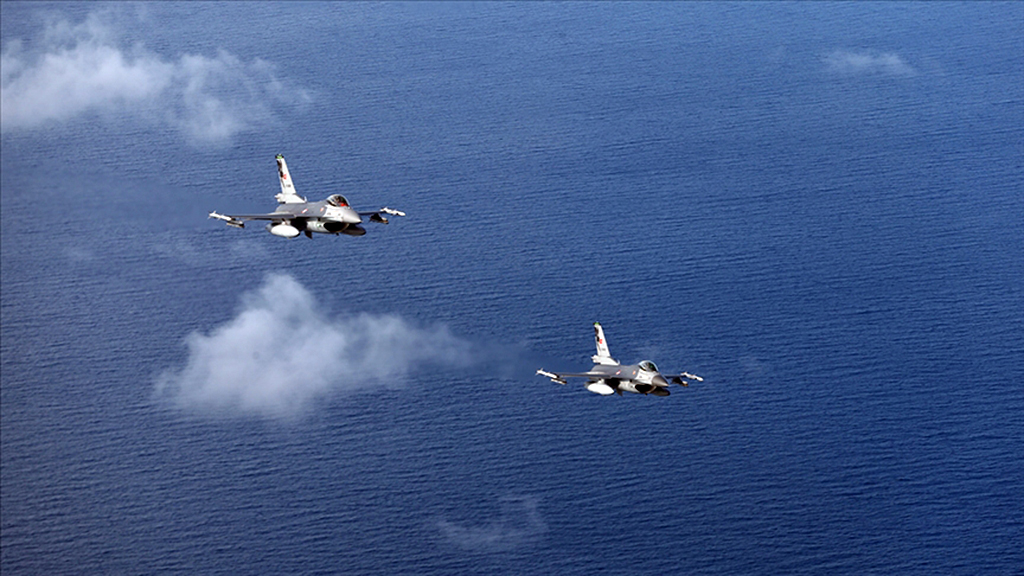 The Greek air defense system’s locking onto the Turkish F-16s is regarded as a hostile act under NATO rules of engagement. This incident demonstrated that Athens is an active operator of the Russian-made S-300 system and does not refrain from using it against a NATO ally. Thus, the Greek Armed Forces harassed Turkish jets on mission flights by radar locking them for 3,372 seconds in 14 separate incidents between Aug. 15 and Sept. 4. In one incident on Sept. 1, Greece similarly harassed an unarmed Turkish maritime patrol aircraft performing in NATO’s Operation Sea Guardian mission south of Rhodes.

Why is Greece escalating tensions and acting in an increasingly reckless way? While upcoming elections and a wiretapping scandal in the country may be incentivizing the government of Prime Minister Kyriakos Mitsotakis to heighten tensions, these are mostly contributing factors. The most important reason accounting for Greece’s emboldened foreign policy behavior lies in the country’s external relations based on a strategy to grant foreign security guarantees, and undermine Türkiye’s international standing. By doing so, Greece is designing a game plan that can be named “the Athenian Trap.” Greece wants to frame Türkiye as the aggressor so a possible Greek-Turkish conflict would involve international actors, particularly the US and France, in favor of itself. Neutralizing the Athenian Trap will require not only prudent Turkish diplomatic action and a precise deterrent but also policy changes by the US and France.

The major aspects of the Athenian Trap could be seen in the design of Greek defense agreements and the activities of its strong lobby in the US. For instance, the country purchases advanced aircraft and frigates from France but these procurements are part of a greater defense agreement. According to Article 2 of the defense deal, the parties will provide mutual aid and assistance, including the use of armed force, if armed aggression takes place against the territory of one of the two. The agreement was immediately advertised by the Mitsotakis government as a substantial security guarantee against Türkiye, while also underlining that France is a nuclear-armed state.

Greek decision-makers tried to link Article 2 to the country’s maximalist maritime claims, but the French Defense Ministry was forced to make a statement arguing that the agreement does not cover exclusive economic zones. Nevertheless, the accord reflects a clear contradiction with NATO as collective defense is the foundational element of the alliance. The French-Greek deal significantly undermines NATO solidarity, duplicates and even competes with alliance missions, and emboldens Greek foreign policy behavior.

Greece also expanded and extended its defense agreement with the US, which was first signed in 1990. During the negotiations, the foremost objective of the Mitsotakis government was to increase the presence of the US military in the country by expanding the current American military bases and establishing new ones. The increasing American military footprint in Alexandroupoli may be seen as a military logistical hub for the US. However, for Greek decision-makers, it is perceived as a kind of tripwire deterrent, a security guarantee against Türkiye that would side the US with Greece in a possible conflict. In this manner, it is also telling that the US rejected offers by the Greek government to allow them bases on some of Greece’s islands.

While the first aspect of the Athenian Trap is to drag international actors into undesirable conflicts in the Aegean and Eastern Mediterranean, the second aspect involves undermining Türkiye’s international standing. Particularly in the US Congress, the Greek lobby and its supporters have been conducting increasingly antagonistic campaigns against Türkiye by spreading fake news and distorting the truth. The campaigns of Greek and supporting lobbies even reached a level of racist Turcophobia, as can be seen in the campaign against Dr. Mehmet Oz — US celebrity doctor of Turkish origin.

Recently, seven lobbies rallied around the Greek cause and sent separate letters to the US Congress to prevent the sale of F-16 aircraft to Türkiye, or to make the sale conditional on absurd requests that directly intervene in Türkiye’s sovereign rights and vital interests. Similarly, the Greek government and its lobbies have exerted significant pressure on German governments with harsh criticism against German politicians for years to prevent the sale of Type 214 submarines. One should note that half (84 aircraft) of the Greek F-16 fleet has been under modernization by Lockheed Martin to the Block 72 model, while Greece has been operating Type 214 submarines for years.

Overall, Greece’s recent emboldened foreign policy, which reached its peak with the use of the S-300 system, is mostly the result of external support for Athens, particularly from the US and France. The defense deals and lobby card has encouraged Greek aggression, increased the risk of regional entrapments, and undermined NATO’s foundational element of collective defense. Under this emerging security landscape, it is becoming increasingly tempting for Greece to create a new fait accompli as it did in the past. Against this backdrop, Türkiye should continue to expose Greek expansionism and promote new dialogue channels within NATO to reveal that some defense arrangements and lobby activities have paved the way for destabilizing effects in the Aegean and Eastern Mediterranean.

Three feelings that drive elections in Türkiye
Next
Loading...
Loading...
We use cookies to ensure that we give you the best experience on our website. If you continue to use this site we will assume that you are happy with it.Ok