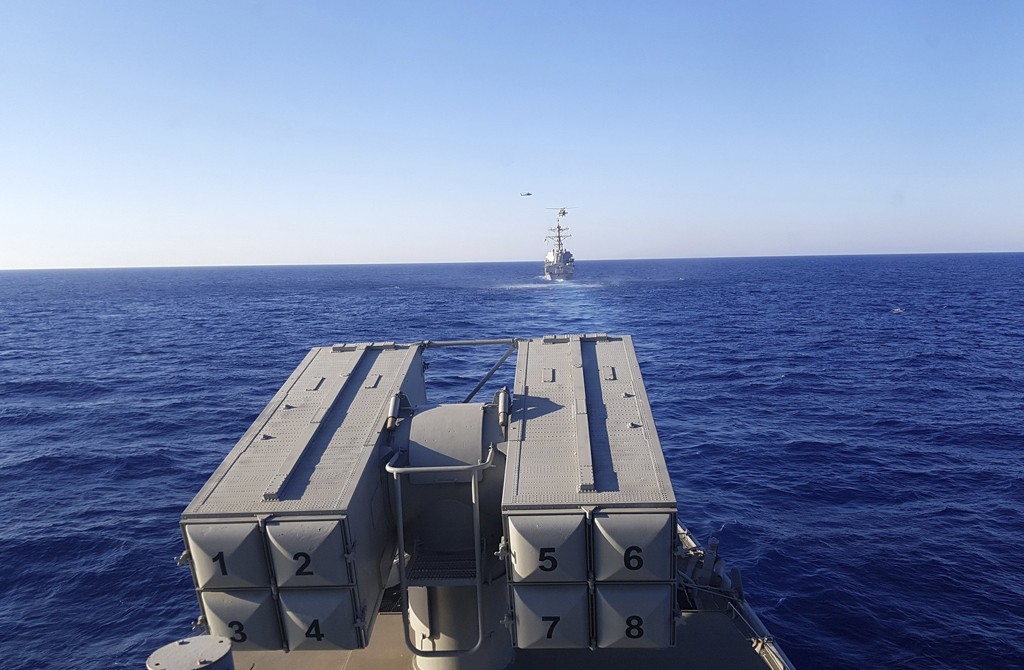 Greece comes to an impasse between West, neighbor Turkey

Greece continues to escalate tensions in the Eastern Mediterranean amid calls from the European Union for dialogue. In addition to conducting military exercises, Athens deployed troops to the island of Kastellorizo (Megisti-Meis) and is preparing to conclude an exclusive economic zone (EEZ) agreement with the Greek Cypriots – similar to Athens' controversial deal with Egypt. Last but not least, Greek leaders fueled tensions last week by talking about extending their claims in the Ionian Sea to 12 nautical miles.

Greece continues to escalate tensions in the Eastern Mediterranean amid calls from the European Union for dialogue. In addition to conducting military exercises, Athens deployed troops to the island of Kastellorizo (Megisti-Meis) and is preparing to conclude an exclusive economic zone (EEZ) agreement with the Greek Cypriots – similar to Athens’ controversial deal with Egypt. Last but not least, Greek leaders fueled tensions last week by talking about extending their claims in the Ionian Sea to 12 nautical miles.

As a result of those moves, which reflect the Greek policy of expansionism, the phrase “casus belli” – an act or event that provokes or is used to justify war – comes up more often than usual. Both Turkey’s Vice President Fuat Oktay and Foreign Minister Mevlüt Çavuşoğlu have recently brought up the Turkish Parliament’s 1995 resolution, warning against the implications of any attempt to expand Greek claims to 12 miles. It seems that Athens plays a game of brinksmanship that it cannot handle by itself or with the help of others.

Taking for granted French and EU support, Greece currently seeks to mount pressure on Turkey by turning long-standing tensions in the Aegean Sea and the Eastern Mediterranean into one big dispute.

It would seem that Greek politicians fell prey to French President Emmanuel Macron’s stated policy of showing Turkey the red line through concrete action. That provocative approach not only worsens traditional disputes between Turkey and Greece – including the militarization of the Aegean islands, attempts to extend Greece’s territorial waters to 12 miles, and the Western Thrace and Cyprus questions – but also place at risk the status quo that the Lausanne and Paris peace treaties created.

The EU leaders’ upcoming meeting in late September will determine what lies ahead. European officials simultaneously call for dialogue and threaten Turkey with sanctions. Ironically, Ankara has been urging constructive dialogue and a fair solution to the Eastern Mediterranean dispute since the very beginning.

It was Greece, backed by certain EU members, that ignored those calls and attempted to imprison the Turks in the Gulf of Antalya through unilateral actions. With the United States fixated on the upcoming presidential election, the union, suffering from a severe case of strategic myopia, cannot seem to decide where to position Turkey.

As such, the Turks are treated as the third empire, alongside China and Russia, that pose a threat to Europe. At the same time, the selfish policies of France and Greece threaten to alienate Turkey, a NATO ally.

President Recep Tayyip Erdoğan summarized the EU’s loss of influence in world politics as follows: “Nobody in the world views the EU as a union around values and principles anymore.” Athens, which blocked Turkey’s admission process, now hopes to benefit from tensions between Brussels and Ankara.

If the EU and Turkey part ways, however, Greece will be reduced to a frontier state, causing major damage to its economy and to the tourism industry, in particular. No amount of weapons purchased from France would ensure their safety.

The Greek leadership must know better than to be encouraged by EU statements and the debate over potential sanctions. The threat of sanctions will not get Turkey to stomach Greek faits accomplis. The country is much more powerful and determined today than it was in 1974 when it intervened in Cyprus despite the threat of U.S. sanctions.

The Turkish people are becoming increasingly aware of Greek expansionism. Their emphasis on counterterrorism and defending Turkey’s national interests in the Aegean Sea and the Eastern Mediterranean fuels a new sense of national awareness. That Nationalist Movement Party (MHP) Chairman Devlet Bahçeli, building on Oktay and Çavuşoğlu’s remarks, questioned the legal status of the Dodecanese islands supports that view.

Greece’s unlawful remilitarization of islands right by the Turkish mainland, the Aegean’s transformation into a Greek sea and Turkey’s exclusion from the Eastern Mediterranean are red lines for the Turkish national identity. No opposition party, including the Republican People’s Party (CHP) and the Good Party (IP), could even think about opposing this newfound consciousness.

Unlike in the 1990s, Turkey does not assume a passive stance. It embraces a policy of active defense, informed by the victory at Manzikert (Malazgirt) and the Aug. 30 spirit. Greece, which suffered a humiliating defeat following Britain’s encouragement in the past, must know better than to buy into France’s provocations today. Instead of escalating the situation, Athens’ interests would be best served through a policy of good neighborly relations with Ankara.

What Greece wants from Turkey
Previous

Turkey: Maritime deal with Libya 'red line' for Ankara
Next
Loading...
Loading...
We use cookies to ensure that we give you the best experience on our website. If you continue to use this site we will assume that you are happy with it.Ok