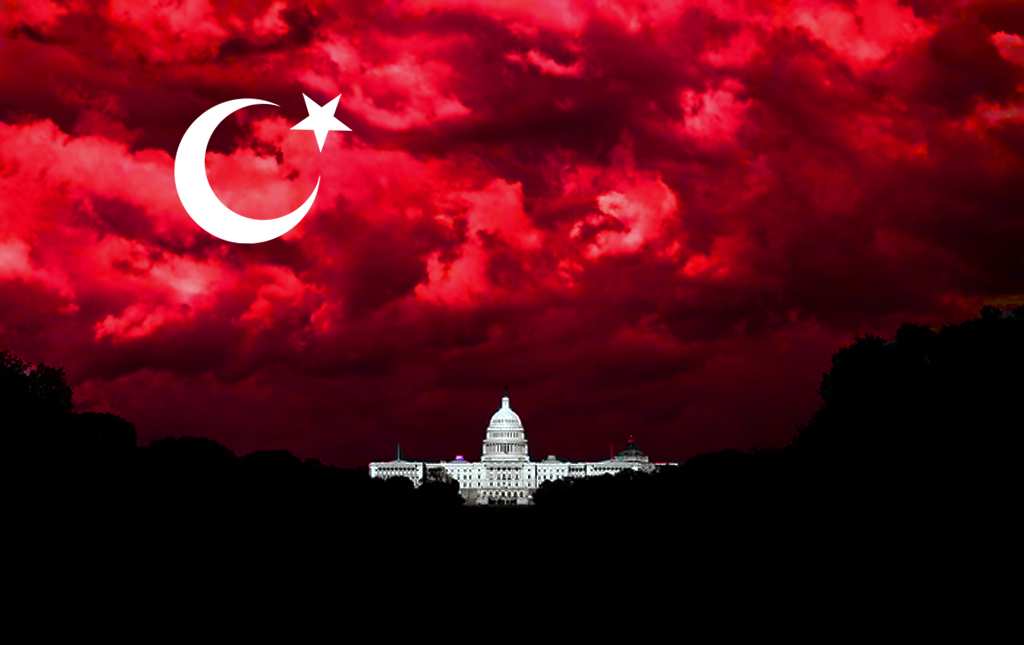 For the past few decades, there have been some circles in Washington that have fiercely endorsed the idea that the United States should pursue almost a belligerent attitude toward Turkey.

For the past few decades, there have been some circles in Washington that have fiercely endorsed the idea that the United States should pursue almost a belligerent attitude toward Turkey.

According to them, Turkey is responsible for every tension and crisis in bilateral relations. They criticize the White House even for extending an invitation to the Turkish government.

They call Turkey an unreliable ally and call on the U.S. administration to stop the partnership between the two countries. They bash the Turkish government whenever possible.

According to some of them, Turkey does not have strategic value and in fact, it is a burden for the U.S. Thus, they support the relocation of U.S. bases in the country and the removal of NATO’s strategic assets.

Some more radical people even argue that Turkey should be kicked out of NATO. In recent years this attitude toward Turkey in Washington, D.C. gained much more prominence.

Almost a year ago, when the Turkish government launched a counterterrorism operation in Syria, we witnessed the coming together of all of these different groups. Some in the U.S. media unfairly criticized Turkey and even asserted that Turkey may conduct an “ethnic cleansing” in Syria.

Several resolutions were introduced in the U.S. Congress to condemn Turkey for its operation and sanction members of the Turkish government.

The long-forgotten Armenian resolution was reintroduced to the U.S. Congress and passed through both the Senate and the House. It was interesting to see the members of Congress competing to introduce resolutions to “punish” Turkey.

The tweets from different officials, the leaks that were provided to the press by high ranking U.S. officials and the statements that involve the expression of “concerns” and “threats” to Turkey were all parts of this anti-Turkey campaign.

Last week when a video was released showing Democratic candidate for presidency Joe Biden making similar statements about Turkey and the Turkish government, it was not a surprise for the Turkish public. There are several paradoxical dimensions of this anti-Turkey attitude in the U.S.

First, after so much anti-Turkey rhetoric and Turkish government bashing, the same names complain about the rise of anti-Americanism in Turkey.

After so many ignorant and insensitive statements, they expect the Turkish public to have a favorable view of the U.S. They often accuse the Turkish government of fueling anti-Americanism among the Turkish people.

Second, there is a more significant question that needs to be posed for these circles in Washington. Although they support a harsher policy of the U.S. toward Turkey, call Turkey an unreliable ally and endorse the downgrading of relations, they cannot answer what U.S. foreign policy can benefit from such an attitude toward Turkey.

For the ethnic lobbies in the U.S., the destruction of the relations between Turkey and the U.S. can be the ultimate objective. How about for the ordinary Americans? Is there a strategic benefit for the U.S. in spoiling its relations with one of the most important actors in the region? Would it bring any good for U.S. foreign policy to alienate Turkey, a country placed in such critical geography?

When there is a follow-up question regarding the anti-Turkey attitude and the alienation of Turkey, there is no convincing response from these circles.

Turkey is only used as a talking point, but there is no plan or strategic thinking among these circles on what the Turkish-American relations really mean.

Without understanding and without recognizing the cost of destroying relations with Turkey, they will continue to be the responsible parties for this grave mistake in U.S. foreign policy.

Perspective: A New Era for Turkey | Natural Gas Discovery in the Black Sea
Next
Loading...
Loading...
We use cookies to ensure that we give you the best experience on our website. If you continue to use this site we will assume that you are happy with it.Ok