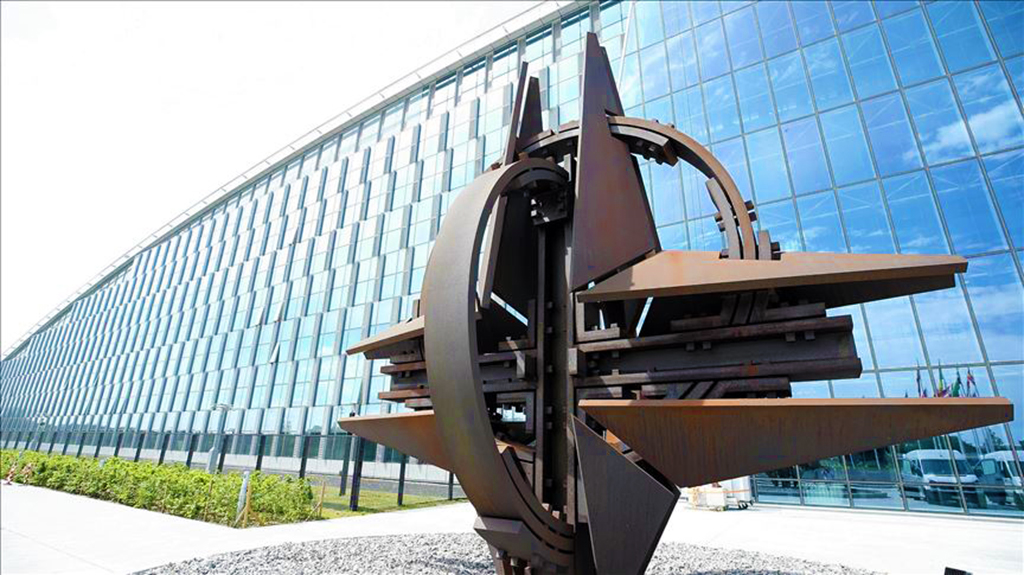 It is no secret that NATO has embraced an enlargement policy since its establishment in Washington DC on April 4, 1949. With North Macedonia’s accession last month and NATO’s 70th anniversary approaching, many are now questioning how this open-door policy will affect Russia-NATO relations. As we are experiencing greater and greater tensions around the world today, reminiscent of the Cold War era, it does indeed seem significant to scrutinize the matter and dig into NATO’s open-door policy in light of the Macedonian case.

Following North Macedonia’s complete accession to the organization, the number of allied NATO states will soon have risen from 12 founding members in 1949 to 30 allied countries. Article 10 of the North Atlantic Treaty, also referred to as the founding document of the organization, endows the organization with the right to welcome any “European state in a position to further the principles of the treaty and to contribute to the security of the North Atlantic area.” In principle, when NATO invites other European countries to become Allies, it is perceived as a step towards enhancing the Alliance’s fundamental goals of ensuring collective security and promoting integration and stability in the Euro-Atlantic area. NATO achieves these objectives by demanding prospective allies to comply with specific criteria outlined by the 1995 Study on Enlargement, such as a functioning democratic political system based on a market economy, fair treatment of minority populations, a commitment to resolving conflicts peacefully, an ability and willingness to make a military contribution to NATO operations, and a commitment to democratic civil-military relations and institutions.

Ever since its admission to the NATO Partnership for Peace (PfP) program, North Macedonia has made remarkable progress as an active Euro-Atlantic partner. Besides providing valuable support to various NATO-led operations and missions in Afghanistan and Kosovo and committing to the NATO principles and practices during the 2001 insurgency, it has improved the condition of minority rights under the SDSM government and recently resolved the name dispute with Greece, which paved the way for obtaining a member-state status according to the preconditions of the North Atlantic Treaty. Furthermore, North Macedonia has gradually increased its defense budget to improve the working conditions and equipment of the Macedonian Army to meet the NATO standards. It is worth highlighting that over 8,000 personnel of the North Macedonian army, constituting more than 50 percent of its total military personnel, have made significant contributions to various NATO missions in the Euro-Atlantic area so far.

However, the implications of North Macedonia’s accession to the Alliance do not give promising signs of rapprochement between Russia and NATO. Despite the promises made after the Cold War that there would be no further NATO expansion, NATO has insisted on its open-door policy, specifically towards Eastern Europe. Despite expanding its regional influence, NATO has assured Moscow on every occasion that the enlargement would only deepen and improve the bilateral relations with Russia. Russia, however, has long perceived these propositions as mere myths since it fundamentally believes that the NATO expansion poses dire security concerns for Moscow. Back in 2007, President Vladimir Putin had clearly expressed Russia’s objection to NATO’s open-door policy by once raising the following question in Munich: “NATO expansion is a serious provocation that harms mutual trust. And we have the right to ask: against whom is this expansion intended?”

According to certain official Russian National documents, i.e., the Russian Federation’s National Security Strategy (2015) and the National Security Concept of the Russian Federation (2000), NATO is often described as a threat to the Russian national security. Hence, Moscow perceives any act of NATO enlargement as a threat and adopts highly aggressive policies to obstruct it. The case of Ukraine sets a dramatic example in that regard. Crimea’s annexation and the war in Donbass constitute clear indications of the aggressive Russian policies against NATO expansion, not to mention, for instance, the more recent conflict that occurred in the Kerch Strait, which was a warning against the pro-Western and pro-NATO policies of Ukraine.

While North Macedonia does not pose a direct threat to Moscow with its current economic and military capacities as well as its geopolitical location, its accession to the Alliance can still be highly significant for Moscow due to various reasons. Russia, for one, attributes great importance to its relations with the Balkan countries. Moscow has long been pursuing closer ties with Serbia and North Macedonia for the advancement of Russian policies in both. Hence, North Macedonia’s renaming as part of its accession agenda was interpreted as an “intention to drive all the Balkan countries into NATO as soon as possible and stop Russia’s influence in this region” by Sergey Lavrov, the Russian foreign minister. It is important to note here that North Macedonia, along with Serbia, have long helped Russia to counterbalance the NATO influence regionally. Furthermore, these two states constitute an alternative to the Russian pipeline route in Eastern Europe, which can be used as an exit plan in case of a problem with Bulgaria and Greece, both NATO countries that serve Russian interests regarding the pipeline route. Thus, Russia is distressed that North Macedonia’s accession to the Alliance will not only enable NATO to achieve a broader territorial control and a superiority of power in the region but also prevent a strategic Russian pipeline route in Eastern Europe.

Moscow fears that North Macedonia’s accession might result in a domino effect in other NATO-partner countries, such as Bosnia and Herzegovina, Ukraine, Moldova, and Georgia. Since all these countries have been partners with NATO since the mid-1990s, North Macedonia’s integration would set a precedent that could turn the retrogressive NATO membership process into a progressive one in such a case. This concern has been justified by several recent occasions. Following North Macedonia’s signing of the accession protocol, Secretary General Jens Stoltenberg praised Georgia and underlined that “NATO is very encouraged by what it sees in Georgia; and that NATO’s door remains open for countries that meet NATO standards and adhere to the NATO values of democracy, the rule of law and individual liberty”. Stoltenberg’s statements were echoed by Georgian Foreign Minister David Zalkaliani at another event held in Munich on Feb. 16. He expressed that “Tbilisi and Skopje have a lot in common in the issue of integration into NATO.”

In addition to Moscow’s potential loss of territorial control and fear of a domino effect in the region, it is crucial to note that the likelihood of an increase in NATO’s military build-up has been a serious concern for Russia since the accession of multiple Baltic states. According to numerous sources, more than 7,000 NATO troops, 12 jets, and 250 tanks were deployed in the Vilnius region in 2017. This concern has been acknowledged by other major international powers (mainly China), as part of a geopolitical competition between the U.S. and Russia in the Balkans. Within this framework, NATO’s expanding military presence and its further advancement possibility in the Balkans via North Macedonia represent the basis of the Russian concerns.

In sum, we can argue that North Macedonia’s accession to the Alliance as part of the NATO enlargement plan will impact negatively on NATO-Russia relations. Nevertheless, before arriving at a firm conclusion, one must emphasize that since the end of the Cold War, NATO has functioned as a security architecture to provide and promote increased security and stability in the Euro-Atlantic area, and its enlargement policy has well treated these purposes. Whether NATO’s open-door policy serves this security architecture or provokes Russia to implement aggressive policies towards minor NATO partners in the region is debatable. However, it is clear that in the current security landscape, NATO’s paving the way for an offensive enlargement move resembles nothing more than a gamble taken with Russia.