The diplomatic and political relations of Turkey and Afghanistan had been commenced on March 1st, 1921 through the signing of Turkey-Afghanistan Alliance Agreement. Thus, Afghanistan has become the second country recognizing the Turkish Grand National Assembly of then, which struggling for countering the aggressive invasions of the Allied Powers. Meanwhile Turkish Embassy in Kabul was the first diplomatic mission inaugurated in Kabul. This distinguished friendship, extracted from kinship, brotherhood and sisterhood, promoted the relations through the following decades. Turkey and Afghanistan are still in an effort to preserve this heart-given relation while looking forward to deepening the mutual companionship of good faith. This panel will be dedicated to display the existing level of relations and delve how both countries would go further in terms of social and cultural base, politics, security, economics, and other fields as well. 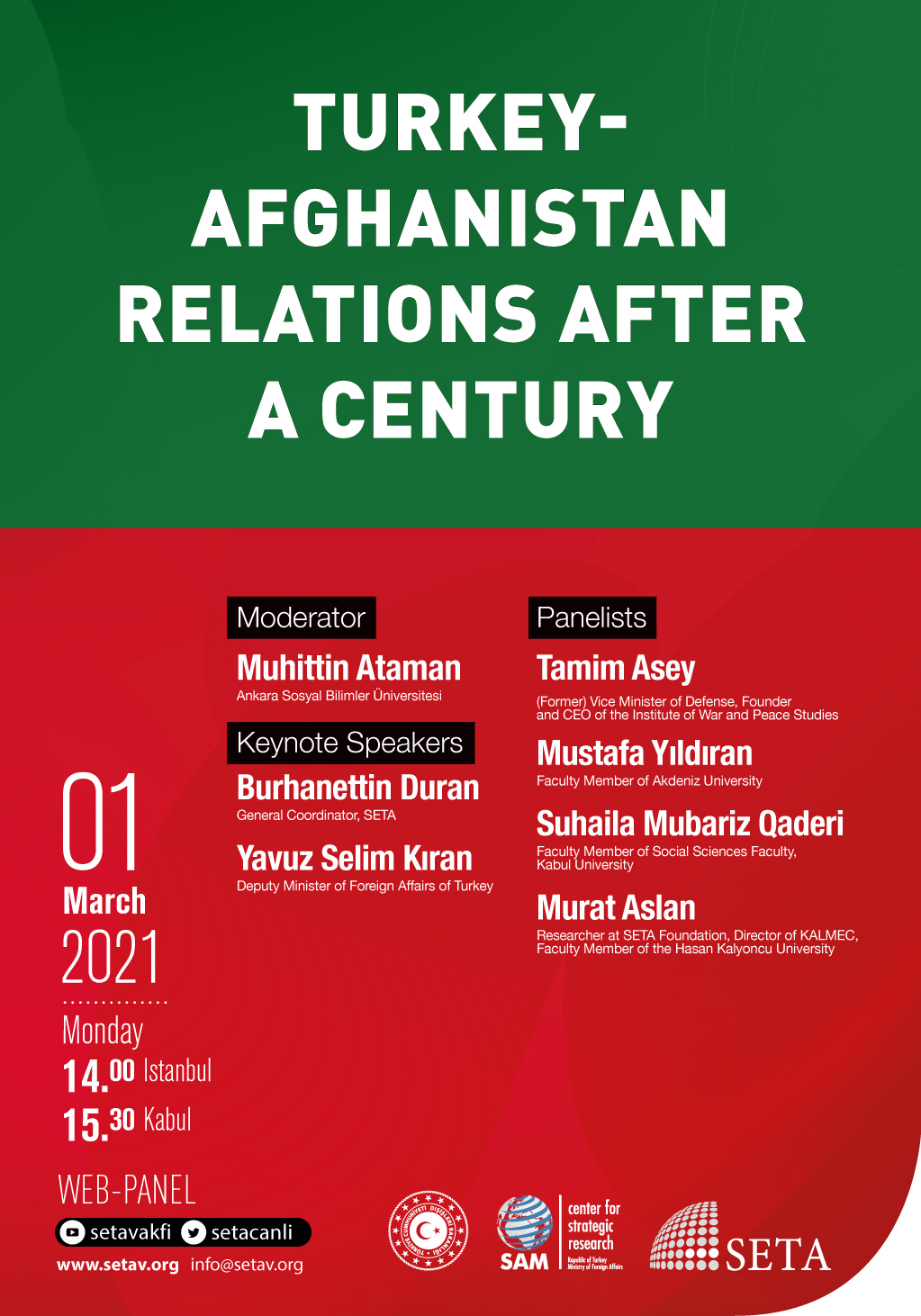