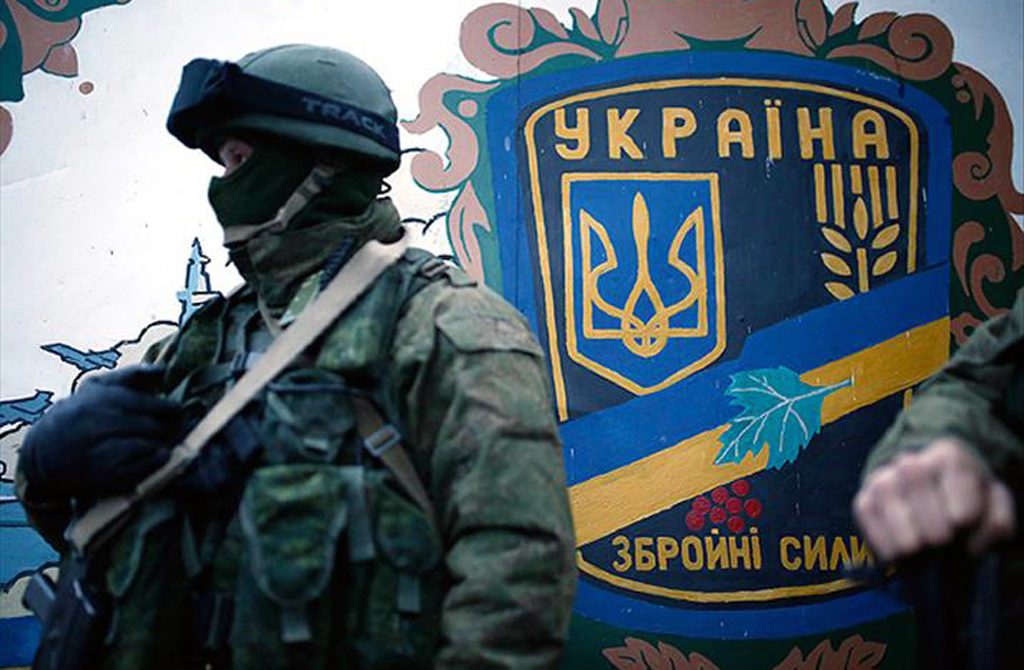 Donbass: The first round between Biden and Putin

Ukraine’s Donbass region is, once again, at the top of the global agenda. Tensions have escalated there following the March 26 killing of four Ukrainian soldiers by Russian-backed separatists, as Moscow and Kyiv started a war or words. Sergey Lavrov, the Russian foreign minister, threatened that 'any attempt to start a new war in Donbass could destroy Ukraine.' In truth, Lavrov merely uttered those words on Russian President Vladimir Putin’s behalf.

Ukraine’s Donbass region is, once again, at the top of the global agenda. Tensions have escalated there following the March 26 killing of four Ukrainian soldiers by Russian-backed separatists, as Moscow and Kyiv started a war or words. Sergey Lavrov, the Russian foreign minister, threatened that “any attempt to start a new war in Donbass could destroy Ukraine.” In truth, Lavrov merely uttered those words on Russian President Vladimir Putin’s behalf.

In light of the most recent developments, Ukraine’s foreign minister spoke by phone with United States Secretary of State Antony Blinken. Following subsequent contact between the two countries’ defense ministers, Kyiv announced that Washington had promised to support Ukraine if the situation were to further deteriorate.

The Ukrainians also called on any NATO allies that share borders with them to heighten their readiness. Dmitry Peskov, the Kremlin’s spokesperson, responded by warning that Russia would take additional precautions to ensure its own safety if the U.S. and NATO were to offer military assistance to Ukraine.

As Kyiv accuses Moscow of engaging in a new act of provocation under the guise of a military drill, all eyes are on Washington. Will the country’s new president, Joe Biden, end up being dragged into a conflict in Ukraine – akin to the 2014 crisis that was a failure for his predecessor, Barack Obama?

Will Donbass be the first test of the Biden administration’s policy of containment toward Russia? What role can the European Union, which was helpless in 2014, play this time? Is Putin looking to undermine Biden’s claim that “America is back”?

‘Killer to pay the price’

Tensions are still running high between the U.S. and Russia since Biden called Putin a “killer” in his first major interview and pledged to make him “pay the price.”

The U.S. president also turned down the Russian’s request for a phone call. Most recently, Lavrov said that Moscow’s relations with the U.S. and its allies had “hit rock bottom.”

The Russians say that they want to repair their relationship with the U.S. They note that Moscow has no plan to partner with Beijing to form a military alliance against the West.

Yet Putin appears to be testing Biden’s foreign policy, even his commitment to strengthening the trans-Atlantic alliance. There is no reason to expect the European Union to be more influential now than it was back in 2014.

Washington alone can make the critical decisions to tilt the balance of power. Indeed, that pending decision will be the first point of reference to tell the world whether the current administration is merely Obama’s third term.

The Russian president successfully stopped the West’s expansion twice – in Georgia (2008) and Ukraine (2014), and he prevented those countries from joining NATO. Ukraine’s pro-Russian president, Viktor Yanukovych, was ousted by a popular movement, the Euromaidan, with Western backing in 2014. The reason was his refusal to sign a partnership agreement with the European Union.

Putin responded to that development with pro-Russian demonstrations that resulted in the annexation of Crimea. He also supported separatists in the Donbass region, who formed autonomous administrations in Donetsk and Luhansk.

Neither the Minsk II protocol nor subsequent cease-fire agreements, however, ended the violence there. The Obama administration’s ambitious economic sanctions did not change Putin’s mind about Ukraine either.

If anything, the Russian president turned his attention to Syria in 2015 and took advantage of the power vacuum, which former U.S. President Donald Trump’s America left behind, and to also play a defining role in Libya at a low price.

Nowadays, under an agreement with Bashar Assad’s regime, Moscow is quietly looking for natural gas in the Eastern Mediterranean.

The situation in Ukraine

Ukraine is a divided country, stuck between the West and Russia. It cannot push back against Moscow through military confrontation. Furthermore, all-out military support from the U.S. and the EU, in turn, would take tensions between Washington and Moscow to a whole new level.

The only remaining option is diplomacy, involving Western governments. The Minsk II agreement, which was left unfinished, may be revived – or perhaps Putin is just playing a game to get Biden on the phone.

Preventing normalization of Turkish politics
Next
Loading...
Loading...
We use cookies to ensure that we give you the best experience on our website. If you continue to use this site we will assume that you are happy with it.Ok