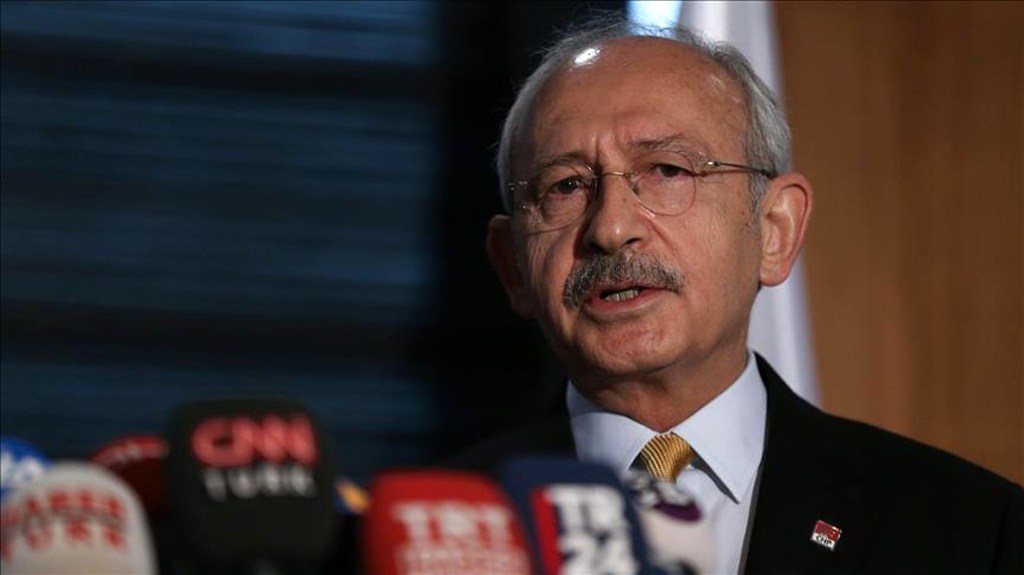 CHP bogged down in FETÖ mud

The debate on FETÖ's 'political wing' has heated up again. The main opposition Republican People's Party (CHP), which claims that the July 2016 coup attempt was 'controlled', finds itself between a rock and a hard place.

The debate on FETÖ’s “political wing” has heated up again. The main opposition Republican People’s Party (CHP), which claims that the July 2016 coup attempt was “controlled,” finds itself between a rock and a hard place. With six of Chairman Kemal Kılıçdaroğlu’s senior advisers on trial over their FETÖ links, the CHP is destined to lose this argument. Every day, there is a new indictment implicating the main opposition party. Most recently, the court indictment against Enver Altaylı, a former intelligence officer, made the case that the defendant was an unofficial advisor to Kılıçdaroğlu and his speechwriter. In other words, Altaylı appears to have come up with the “controlled coup” argument.

Before delving into the CHP’s long history of grave mistakes regarding the fight against FETÖ, let us clear the air first.

When it comes to FETÖ and its links to politicians, a common misconception is often at work. Before the December 2013 judicial coup attempt, when the Gülenists revealed their criminal nature, the organization established contact with the political elite in order to further its hidden agenda. Then there is the matter of contacts between FETÖ and politicians after the group was identified and designated as a terrorist organization. Pointing one’s finger at the “political wing” without making that key distinction would only serve to undermine the goal of combatting FETÖ today.

A careful analysis of everything that the Gülenists did prior to 2013 is absolutely necessary to understand how the group infiltrated the state apparatus and the political elite and recruited members at the grassroots level. It is crucial that we understand how they assumed every identity and resorted to every trick in the book since the 1960s. To make this time period the subject of a blame game, however, wouldn’t help anyone. What matters is bringing criminals, including politicians, to justice.

The fight against FETÖ is a lasting feature of Turkish politics now. It is an issue that we must address carefully and above party politics. The progress that Turkey made in this area thanks to Erdoğan’s strong leadership could be lost in a future period of political instability. Therefore, it is not enough to identify and dismiss Gülenists from state institutions. Like the terrorist organization PKK, FETÖ continues to support anti-Turkey groups and policies around the world. It does the dirty work of foreign intelligence services, taking any deal to hurt Turkey’s national interests. Two things are crucial to fighting the group in the long run: First, the political elite must establish exactly when FETÖ became a criminal and terrorist organization. Any ambiguity in this area would undermine the fight against the group. Secondly, a new government body is needed to coordinate counter-FETÖ efforts in the long run.

Here’s why the main opposition CHP finds itself in a deep hole: Let us assume for a moment that the CHP leadership was unaware of Gülen’s fingerprints all over former CHP Chairman Deniz Baykal’s removal from his post with a sex tape. Then why did the main opposition party, which criticized the Justice and Development (AK Party) for its links to FETÖ before 2013, decide to cooperate with the Gülenists once their criminal activities became public?

Some of the mistakes that the CHP leadership made to score short-term political points were as follows: On Feb. 25, 2014, Kılıçdaroğlu played an audio recording, which FETÖ operatives had unlawfully obtained, during the weekly meeting of the CHP caucus at the Turkish Parliament.

According to former CHP parliamentarian Birgül Ayman Güler, the main opposition party collaborated with FETÖ ahead of the March 2014 municipal elections.

In February 2015, CHP parliamentarian Mahmut Tanal opened an account with Bank Asya following the appointment of independent trustees to the bank’s management, to express solidarity with the Gülenists.

After the National Security Council designated FETÖ a threat to national security, Kılıçdaroğlu appeared on the Gülenist propaganda outlet STV and visited the offices of Gülenist mouthpiece Zaman on Oct. 20-21, 2015.

To be clear, the CHP’s collaboration with FETÖ did not stop with the July 15, 2016 coup attempt. The CHP chairman referred to the coup attempt as a “controlled coup” – a FETÖ talking point – to block a parliamentary investigation report on the organization’s activities. He portrayed Erdoğan, the ultimate target of the coup plotters, as a coup plotter. By talking about a “civilian” coup, Kılıçdaroğlu weakened the basis of the fight against FETÖ.

No wonder Turkey’s main opposition party can’t dig itself out of the FETÖ hole now. As the courts arrest Gülenist members of the CHP, the main opposition tries to smear the AK Party, talking about the “political wing.” For the sake of our democracy, CHP must save itself from undercover Gülenists and their acts of manipulation.

Coronavirus: A reminder to prepare for next outbreak
Next
Loading...
Loading...
We use cookies to ensure that we give you the best experience on our website. If you continue to use this site we will assume that you are happy with it.Ok