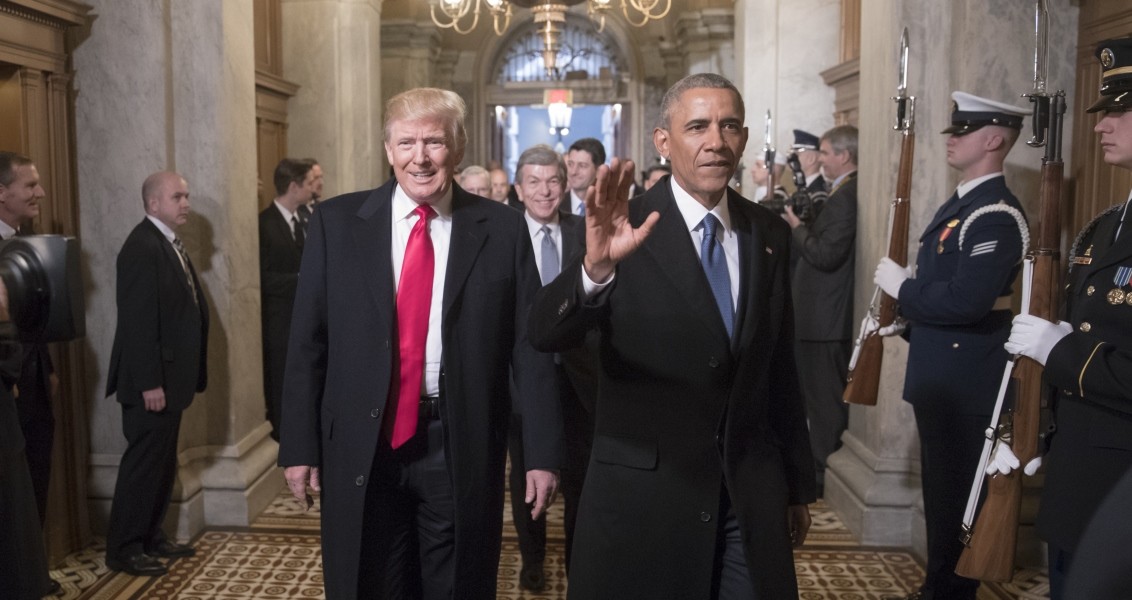 Bracing For the ‘Trump World’

While the whole world braces itself for potential surprises to be displayed by the Trump administration, U.S.-China relations will be especially critical from both a global geopolitics and political economy perspective

As the weeks-long preparations for the lavish presidential inauguration ceremony worth $200 million finally drew to a close on Friday, global business moguls and political leaders were still working overtime to contemplate what a world with Donald Trump as a truly unorthodox American president would look like. Under the conditions, therefore, it was not surprising to observe the comparatively low-level official representation from the U.S. (heavily preoccupied with the transition process) and Europe (rattled with Brexit and domestic disintegration pressures), along with a rather muted mood in this year’s World Economic Forum in Davos. After all, global business circles who championed neo-liberal globalization for years were trying to absorb the initial shock of a forthcoming U.S. president who bluntly promised to erect trade barriers, revive the neo-protectionist spirit demanded by the military-industrial complex and disengage from regional trade agreements like NAFTA. Major emerging markets led by China and Mexico, which substantially contributed to the expansion of the manufacturing output by U.S. companies in recent decades, were declared as open targets by Trump in a probable trade war; while car manufacturers were singled out by him such as Toyota, Mercedes and BMW rushed to grudgingly declare manufacturing investments in the U.S. despite clear cost disadvantages. For the first time since the 1980s when ideological and geopolitical considerations dominated economic rationality under the strain of the Cold War, the U.S. started to use the realist rhetoric of economic warfare and give negative signals as far as global economic integration, efficiency and productivity is concerned.

While the whole world braces itself for potential surprises to be displayed by the Trump administration, U.S.-China relations will be especially critical from both a global geopolitics and political economy perspective. Trump frequently accused Beijing of deliberately devaluing the yuan for export competitiveness, aggressively attracting American manufacturing companies and contributing to unemployment in the U.S. Much of his neo-protectionist rhetoric therefore directly targeted China, while his exchange of favorable comments with Vladimir Putin and positive remarks concerning Russia’s strategic importance attracted widespread attention from observers. Since the 1970s, American grand strategy was designed to contain the arch strategic rival Soviet Union/Russia with the indirect assistance of lesser rival China (supported by economic incentives etc.). Now that China is crystallizing as the next military and economic superpower, the U.S. might be preparing for a shift toward an alternative strategic course under Trump based on the containment of Beijing’s ascendance with the support of Moscow. However, such a paradigmatic shift would require complex geopolitical calculations and sensitive fine tuning as strategic competition between the U.S. and Russia continue unabated across the globe from the Middle East and Ukraine to the North Pole and Asia-Pacific.

Chinese President Xi Jinping seemed perfectly aware of the storm looming on the horizon when he displayed a powerful performance of economic diplomacy in Davos at a time when most of the global political leaders were visibly absent. He tried to persuade global business leaders that China was not favoring currency and trade wars, and sincerely supports the strengthening of integrated global finance and trade networks. It was really paradoxical to observe the leader of the world’s major “socialist market economy” mentioning the virtues of free enterprise and trade while the prospective leader of the “free world” insisted on protectionist barriers, anti-immigration policies and the dismantling of regional trade arrangements.

Trump assumed power as one of the least popular American presidents in recent history on the basis of a protectionist, populist, xenophobic and far-right political platform. His administration reflects an interesting mixture of former generals and bureaucrats with a tough approach to national security issues, and renowned business figures from investment banks and energy giants characterized by a heavy dose of pragmatism. Let us hope that the economic rationality and pragmatism of these figures dominate the general outlook of the new administration and we do not witness a repetition of the violent conflicts, or invasions incited by the American war machine.