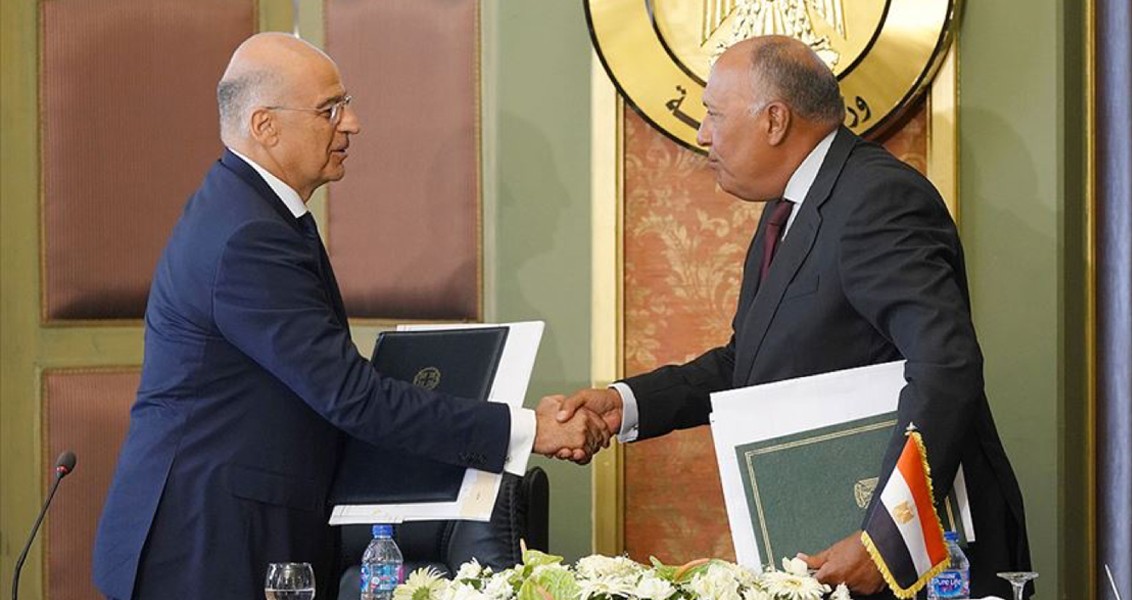 Analysis: The Greece-Egypt Maritime Agreement and Its Implications for the Greek-Turkish Dispute in the Eastern Mediterranean

The analysis examines the recent maritime boundary delimitation agreement signed between Greece and Egypt, and discusses its implications for the Greek-Turkish dispute in the Eastern Mediterranean.

On August 6, 2020, Greece and Egypt signed an Exclusive Economic Zone (EEZ) agreement in Cairo delimiting their maritime boundaries in the Eastern Mediterranean. This recent move came after Turkey had temporarily suspended the activities of its seismic research vessel Oruç Reis as a de-escalatory gesture to open up space for diplomatic negotiations with Greece as part of Germany’s mediation efforts. As such, Athens’s recent move undermined these efforts and once more bore witness to Greece’s intransigence.

Greece faced significant limitations in its maritime negotiations with Egypt. While Athens succeeded in enshrining the islands’ rights to a continental shelf of their own (by starting the delimitation of the maritime boundary from its two largest islands, Crete and Rhodes), it had to make concessions by agreeing to an adjusted median line that favored Egypt. Most importantly, Athens could not extend the maritime boundary with Egypt east of the coast of Rhodes. This in itself implies that Egypt is still interested in a maritime accord with Turkey, and that Greece, despite its aggressive rhetoric, recognizes Turkey’s commitment to protect its maritime claims and as such fears a direct confrontation with Turkey in this conjuncture.

Despite the fact that Greece hailed the agreement as “historic,” the analysis points out that in practice it is crucially different from the maritime accord Turkey signed with Libya in November 2019. Turkey backed the deal it signed with military power to ensure that the legitimate Libyan government retains power in Tripoli. Greece and its European allies (primarily France), by contrast, are either unable or unwilling to back the deal with Egypt with hard power. In the current multipolar international system and realist order, international agreements, unless backed by hard power, do not have significant effect. Under these conditions, the analysis concludes by pointing out that Greece should be more willing than ever to come to a negotiated settlement with Turkey concerning their dispute in the Eastern Mediterranean.

EU should not join Greek-French bandwagon in East Mediterranean
Previous

Can US or EU adopt a logical position in Eastern Mediterranean?
Next
Loading...
Loading...
We use cookies to ensure that we give you the best experience on our website. If you continue to use this site we will assume that you are happy with it.Ok