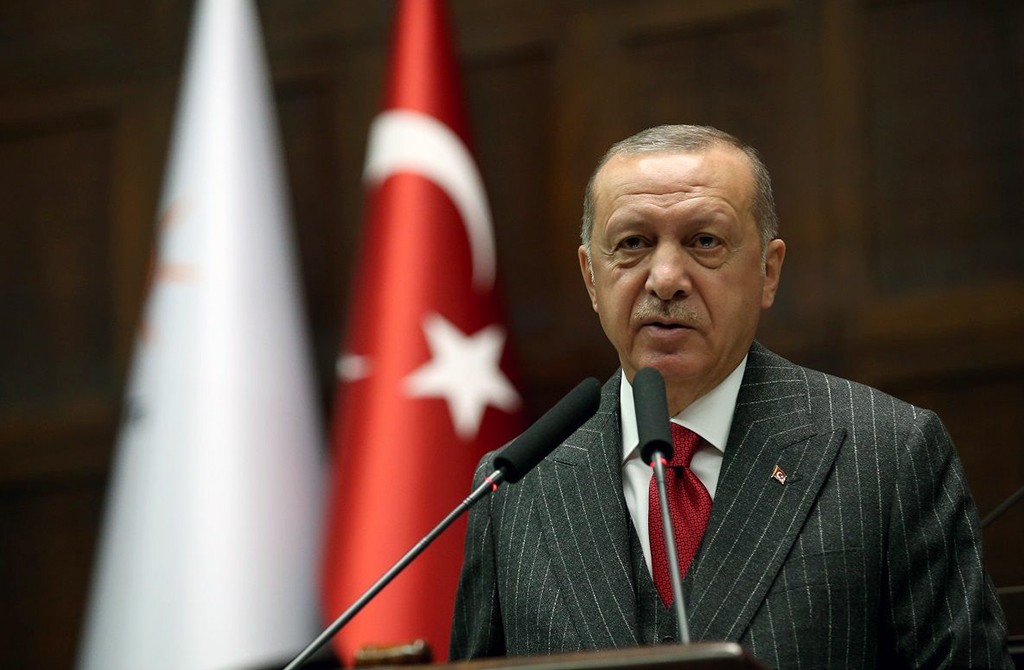 President Recep Tayyip Erdoğan unveiled his administration’s new judicial reform package on Thursday. Turkey’s new judicial reform strategy document aims to promote rights and liberties and improve the quality of legal services. New legislation on safeguarding freedom of speech, imposing limits on access restrictions and discouraging pretrial detention will follow. Under the administration’s plan, law students will spend five – as opposed to four – years in school and new positions, including a deputy judge and deputy prosecutor, will be created within the judicial bureaucracy. A series of new measures to strengthen appeals courts, promote negotiated settlements and increase the number of notaries public will be taken in coming days.

This strategy document was the third such published under Justice and Development Party (AK Party) governments.

Earlier versions had been unveiled in 2009 and 2015. In this sense, the initiative represents a new wave of reform by Turkey’s ruling party.

Erdoğan’s emphasis on the European Union in his address was loud and clear: “One of the main benefits of the EU membership process for Turkey has been the development of reform packages. During the preparation of this document, [the authors] took into consideration EU criteria as well as our nation’s demand for democracy, justice and human rights.”

As such, this new package is an unmistakable response to the claim that the AK Party has lost its reformist edge. Turkey’s transition to the presidential system of government entailed a commitment to reconsider existing institutions. In this sense, the current plan is a combination of reform and the will to fight.

Let us recall that the AK Party came to power in 2002 as a reformist party. It proceeded to resolve long-standing economic and political problems from the 1990s through democratization and the strengthening of civilian oversight. The movement viewed the EU membership process as a catalyst for change in its first term.

Membership talks between Turkey and the EU have slowed down gradually since 2007 as a result of political changes in France and Germany – before they came to a screeching halt. In response, the Turkish government renamed the Copenhagen criteria as the “Ankara criteria” and moved on. Yet, the agenda of democratization and civilian rule encountered extraordinary resistance from the establishment. The 2007 presidential election and the 2008 closure case against the AK Party were part of the establishment’s response.

Having overcome those challenges, the movement understood that reform was impossible without a fight. Since 2009, it has become clear that this fight must take place in the international arena, as well. When the Arab revolts of 2013 soured into the Syrian winter, national security came to play a more prominent role. The Gezi Park revolts and the December 2013 judicial coup attempt established that reformist fervor alone was not enough. As a matter of fact, the government realized that domestic and foreign groups were exploiting the reform agenda to further their own agendas. In the end, Turkish democracy was able to survive the ensuing turbulence thanks to President Erdoğan’s strong leadership.

After the July 2016 coup attempt, the need to combat the Gülenist Terror Group (FETÖ) and PKK terrorists did not force the Turkish government into a defensive stance. Instead, Turkey adopted a new system of government through the April 2017 constitutional referendum and the June 2018 elections. As such, the reform agenda and the will to fight became one and the same. Therefore, the judicial reform strategy that Erdoğan unveiled on Thursday represents the conclusions that the AK Party has drawn from practical reality. It seeks to keep Turkey safe and push back against external attacks. At the same time, the reform process will continue to empower the country’s worn-down institutions.

The discourse of liberal reform cannot be put to work unless reconciled with the facts of life. Upholding the rule of law and restoring faith in public institutions are crucial parts of the politics of struggle.