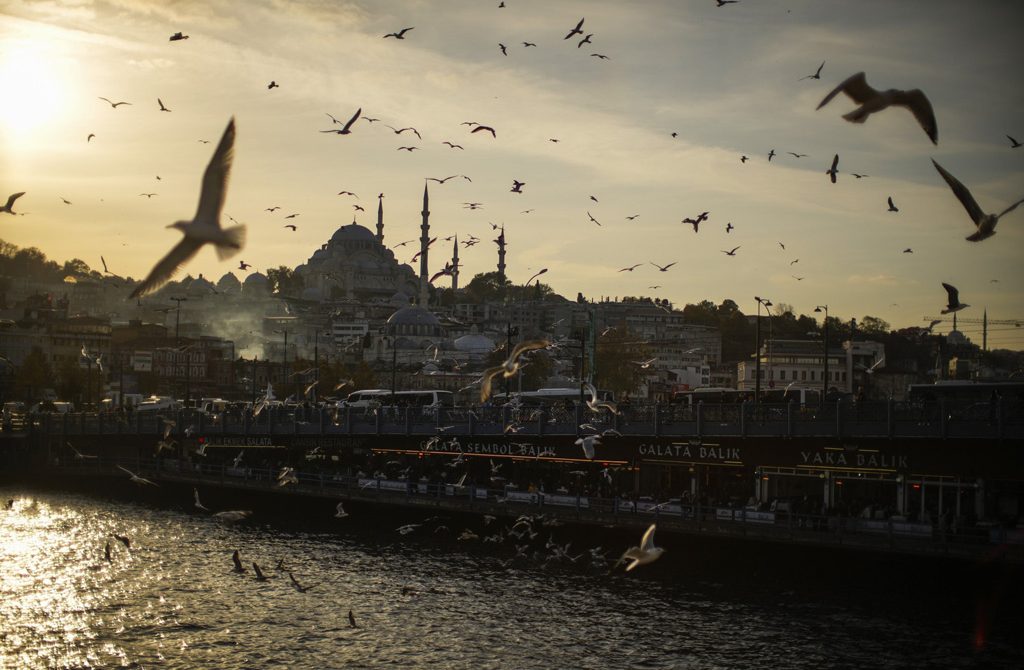 Will the HDP visit open a new political space?

'Ahead of next year’s elections, identity-related topics like the government’s Alevi initiative and a proposed constitutional safeguard for the religious headscarf have come to the forefront of political discussions'

A meeting between the ruling Justice and Development Party (AK Party) and the Peoples’ Democratic Party (HDP) over a proposed constitutional amendment turned all eyes on the Nationalist Movement Party (MHP). MPH Chairperson Devlet Bahçeli eventually said that visiting any party with a parliamentary caucus was “perfectly natural and right” to prove that there were strong consultation mechanisms within the People’s Alliance on key policy issues. That statement not only foiled the expectations of a crisis but also opened up some room regarding the HDP.

Before taking a look at the nature of that space, it is important to highlight the main reason why the People’s Alliance did not encounter a crisis. That is because President Recep Tayyip Erdoğan and Bahçeli can work together in many areas including foreign policy, economic policy and domestic politics. They trust each other and have a common approach to the country’s basic issues. In other words, they engage in healthy leader-to-leader diplomacy.

Unlike the party leaders seated around the “table for six,” the AK Party and MHP chairperson manage to do different things without creating problems for each other – which is a huge advantage ahead of next year’s elections. Indeed, the continued harmony between their rhetoric and policy toward Kurdish voters would be significant enough to influence the opposition bloc’s development of a common policy.

The opposition responded to the AK Party’s visit by saying that the ruling party “equated the HDP” with the PKK terrorist organization and asking what had changed. Ironically, those comments made the HDP, which hopes to become de-marginalized and play an influential role in Turkish politics after 2023, deeply uncomfortable.

It is not surprising for any kind of engagement with the HDP to become an issue in everyday party politics. After all, there is a considerable need to debate that party’s role, much like its predecessors, in Türkiye’s political life. Blending leftist politics and ethnonationalism, the HDP remains a deeply problematic movement according to many voter blocs due to its inability to distance itself from the PKK. Indeed, there is a closure case against the HDP before the Constitutional Court. It is certainly true that the “democratic pressure” on that party must continue unless and until it undoubtedly distances itself from terrorism.

My sense is that a group of AK Party officials visiting the HDP does not automatically mean that the “democratic pressure” will be lifted. Nor does anyone expect the government to launch a new reconciliation process, where that party would be treated as a counterpart.

Nonetheless, the political debate will continue to focus on how various parties treat the HDP, what they say about each other’s policy, and which discourse/policy the HDP will adopt.

Which opinions will the HDP voice on the campaign trail? Will it continue to perceive the republic as a “destructive project”? Will the movement talk about native languages and local autonomy? Or could the HDP completely overhaul its discourse?

Obviously, the closure case’s outcome and the possibility of another military incursion into northern Syria will shape that agenda.

Ahead of next year’s elections, identity-related topics like the government’s Alevi initiative and a proposed constitutional safeguard for the religious headscarf have come to the forefront of political discussions.

Likewise, various political parties could come up with fresh rhetoric and new steps regarding the Kurdish question. The discourse of inclusion and unity, which appeal to Kurdish voters, and making more room for Kurdish politicians in candidate lists immediately come to mind.

The question, however, is whether Türkiye’s political parties would choose to start a conversation, which could de-marginalize the HDP, despite the size of the nationalist base. Would they publicly engage with that movement during the pre-election negotiations? If they were to take such steps, how would the HDP (which ostensibly wants to wait until the next election to try and gain fresh momentum) respond?

All of those questions have multiple dimensions and highlight the need to expect a political discussion in Türkiye that could trigger surprising developments.

New steps for integration of Turkic world in Samarkand
Next
Loading...
Loading...
We use cookies to ensure that we give you the best experience on our website. If you continue to use this site we will assume that you are happy with it.Ok