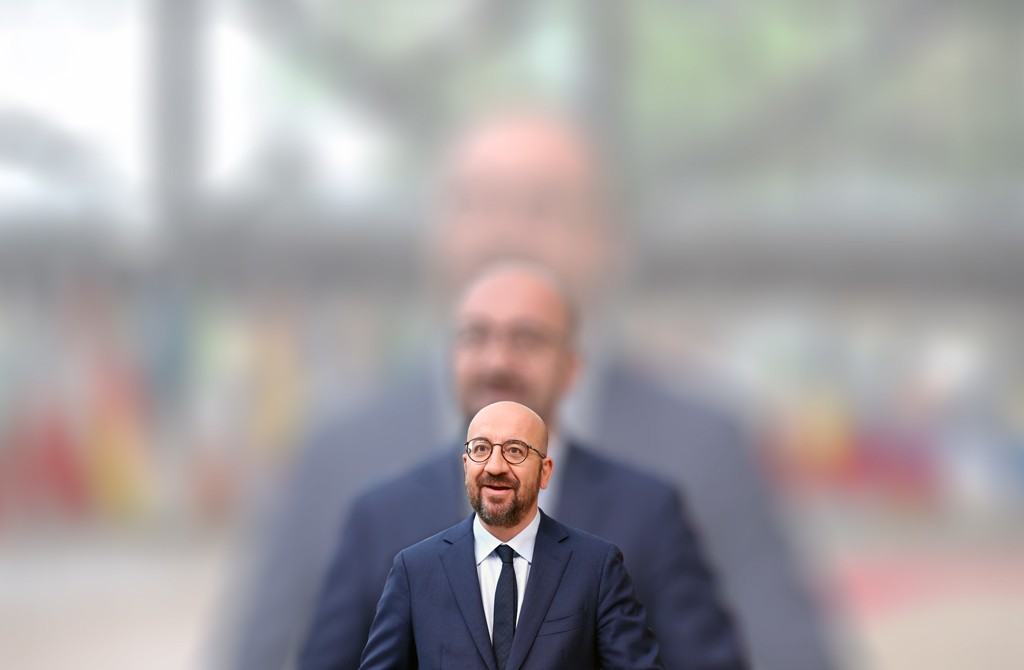 European Union leaders will decide on a "carrot and stick" approach to Turkey when they meet on Sept. 24-25, their chairman Charles Michel said on Friday, proposing a multi-party conference to defuse tensions in the eastern Mediterranean. (The New York Times, Sept. 4, 2020)

Why carrot-and-stick approach does not work in East Med

The Eastern Mediterranean question, like a ghost train, shuttles around and around, plunging the global agenda into fright with each passing day.

The Eastern Mediterranean question, like a ghost train, shuttles around and around, plunging the global agenda into fright with each passing day.

At the heart of the escalation lies the infamous showdown pitting Turkey and the Turkish Republic of Northern Cyprus (TRNC) on one side and Greece, the Greek Cypriot administration and France, on the other.

To demonstrate its resolve, Ankara is currently conducting a joint military drill, Mediterranean Storm, together with Lefkoşa.

There has also been some movement in the United States and Russia as well. Most recently, Washington lifted a longstanding arms embargo on Southern Cyprus in an attempt to curb Moscow’s influence over that territory – which resulted in a surprise visit by Russian Foreign Minister Sergey Lavrov.

Ahead of yesterday’s visit, Lavrov signaled his eagerness to broker talks between Turkey and the Greek Cypriot administration. While Moscow attempts to get involved, NATO remains largely ineffective due to Greece, which agreed to (before denying) bilateral technical talks, as well as France, which has ramped up an aggressive anti-Turkish regional policy.

Meanwhile, the European Union is currently mulling over ways to contain the crisis. The debate, however, has unfortunately been informed by France’s misleading narrative.

Indeed, as a result, European Council President Charles Michel recently told reporters that Brussels intended to adopt a “carrot-and-stick” approach in its dealings with Turkey.

That statement reflects just how troubled the union really is by the new terms of its relationship with Turkey. It is a supposedly smart answer to the longstanding question of what Europe must do with President Recep Tayyip Erdoğan’s Turkey.

Turkish claims, according to Michel, ought to be tempered through a system of reward and punishment. In other words, if Ankara fails to take back its claims despite European concessions, then Brussels will “discipline” the Turks with sanctions.

It goes without saying that this approach won’t work. The carrot-and-stick approach not only demonstrates Europe’s rudeness toward a candidate country but also shows that the union fails to appreciate (or willingly disregards) Turkey’s existential priorities under Erdoğan.

The Turkish leader wasn’t bluffing when he told reporters last week that: “Turkey has the political, economic and military power necessary to scrap the immoral maps and documents that are imposed on it.” This reflects a national cause, rooted in existential concerns, that the entire country endorses.

In other words, Erdoğan’s remarks reflect Turkey’s commitment to control its fair share of the Black, Mediterranean and Aegean seas. To respond to that nationwide commitment with a carrot-and-stick approach is nothing short of yet another mistake made in the name of European solidarity. Indeed, it amounts to placing a huge obstacle before any meaningful solution by endorsing Greece’s maximalist demands in the Eastern Mediterranean. That approach also threatens to further weaken the EU, carving out room for the United States and Russia to meddle in regional affairs.

Needless to say, the bloc’s current mistakes date back to 2004, when the Greek Cypriot administration was admitted into the European club before the Cyprus question could be resolved – which placed a heavy burden on Turkey-EU relations. That burden, which Greece and – more recently – France exploited, now becomes part of a broader geopolitical competition over energy and national defense in the Eastern Mediterranean.

At a time when the Transatlantic Alliance is crumbling, it pushes European leaders to adopt a reactionary line toward Turkey. Indeed, some European governments are bowing to domestic waves of populism, identifying the Turks as Europe’s “other” whose agency must be contained. France and Austria find themselves in a more problematic place than Greece, in this sense.

Although Greek media outlets are preoccupied with the supposed threat of Turkish occupation, Greece is hardly Turkey’s “founding other.”

Recent steps by France and its friends to pen the Turks into its Anatolian heartland, however, could turn the EU into Ankara’s “other.” To label Turkey, which has been trying to integrate into Europe for two centuries, as a problem or an “other” would be to imagine an isolated and unsafe future for Europe.

It would be to position Turkey, along with Russia, against European interests. In that sense, there would be nothing left of the EU except the fears that its top diplomat, Joseph Borrell, demonstrated in an interview with Italy’s La Stampa newspaper. Indeed, the Spanish politician seems to believe that the union is looking at Russia and Turkey with “imperial nostalgia.”

Here’s my recommendation to European politicians: Abandon the carrot-and-stick approach. Stop dreaming of Turkey going back to the times of settling for less than it deserves. Focus on long-term, shared interests on the basis of fairness.

The Erdoğan factor and fundamentalism
Previous