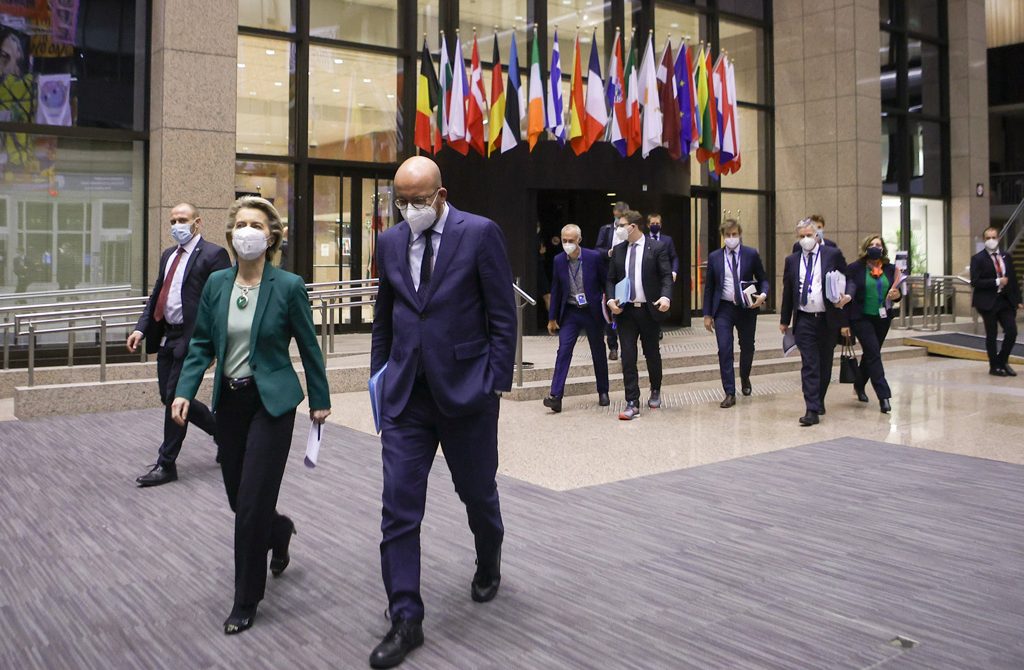 The European Union leaders summit resulted in minor positive steps and a three-month extension. The description of steps for rapprochement as “gradual, proportional and reversible” was a textbook carrot-and-stick routine. Europe’s method of communication, too, was quite familiar.

The European Union leaders summit resulted in minor positive steps and a three-month extension. The description of steps for rapprochement as “gradual, proportional and reversible” was a textbook carrot-and-stick routine. Europe’s method of communication, too, was quite familiar.

Ahead of the summit, European officials “leaked” the possibility of sanctions to the media. That was the stick. They proceeded to recall the de-escalation in the Eastern Mediterranean and talked about updating the customs union and renegotiating the refugee deal – the proverbial carrot.

Needless to say, they voiced the obligatory criticism regarding democracy and human rights.

Ironically, both seemingly positive decisions were part of the union’s obligations under the 2016 refugee agreement. That minor improvement, nonetheless, was welcome, as it created the impression of a rapprochement between Ankara and Brussels.

It also happens to serve both sides’ short-term interests. Due to the EU leaders’ failure to revive the accession process by opening new chapters, however, the Turkey-EU relationship will remain fragile.

Europe’s carrot-and-stick approach is solely designed to put a Band-Aid on a bleeding wound. The real question – their ultimate decision about Turkey – is consistently postponed.

Nowadays, the Europeans stick to minor steps by saying that they will exchange views with the United States first. The decision to (not) admit Turkey, which has been kept in the waiting room indefinitely, is getting harder and harder to manage.

Turkey does not wait for the EU’s cue or shape its foreign policy according to European expectations. It assumes a more prominent regional and global role with an eye on its national interests.

Ankara finds fresh solutions and creates a new balance of power where it has been abandoned by Europe – especially in Syria and the fight against terrorist groups, namely the PKK and the Gülenist Terror Group (FETÖ). On occasion, those moves end up hurting European interests.

Turkish actions in the Eastern Mediterranean, Libya and the Caucasus have deeply influenced the European Union’s policy.

Unable to devise a common foreign policy, the Europeans cannot seem to decide when to treat the Turks as a neighbor, a partner or a candidate country.

One way or another, those three interrelated elements (neighborhood, partnership and candidacy) must be managed together.

The European Union’s long-term policy on Turkey must go beyond blaming its problems with the increasingly active and ambitious nation on President Recep Tayyip Erdoğan and refrain from playing the carrot-and-stick game.

By fixating on the short term, Brussels inadvertently and perpetually keeps its relationship with Ankara in an atmosphere of tension and controversy.

Anyone that urged the European Union to pressure Turkey on “democracy” is currently unhappy. They say that Brussels sees Ankara as a neighbor, as opposed to a candidate country, and appeases it for the sake of strategic interests. They also complain that the West no longer considers Turkey as part of Europe – and, instead, treats it like Russia and others.

Surely enough, they blame all those problems on the Turkish president.

In truth, the progress that Turkey made in the accession process, between 1998 and 2005, was primarily due to the attitude of European leaders.

Again, Europeans themselves let the membership talks come to a halt between 2005 and 2010 – also during the Justice and Development Party’s (AK Party) rule.

Likewise, they admitted the Greek Cypriot administration into the European Union despite rejecting the Annan peace plan.

The Europeans also looked the other way as Turkey – which they did not view as “one of them” – encountered massive problems due to the Syrian civil war. Ankara received little support, and plenty of criticism, from Europe, as it strived to address regional threats.

My sense is that the European Union never had the courage to admit Turkey. Its leaders have done everything in their power to win time and keep the process going.

The continent would have undoubtedly been different today, even if Turkey had become an EU member back in the 1990s.

The real reason behind a more ambitious Turkey’s exclusion has nothing to do with “values.” The question isn’t whether Ankara is ready to join the European Union either.

Quite the contrary, European leaders do not dare dream of a union that includes the Turks – whether it’s geography, population or religion. As such, both romantic Westernism and fanatical Europeanism are out of order today.

Let us focus on the real opportunities that neighborhood, partnership and membership entail – until the Europeans finally make their ultimate decision.

Since inauguration, Biden pushes red alert for China
Next
Loading...
Loading...
We use cookies to ensure that we give you the best experience on our website. If you continue to use this site we will assume that you are happy with it.Ok