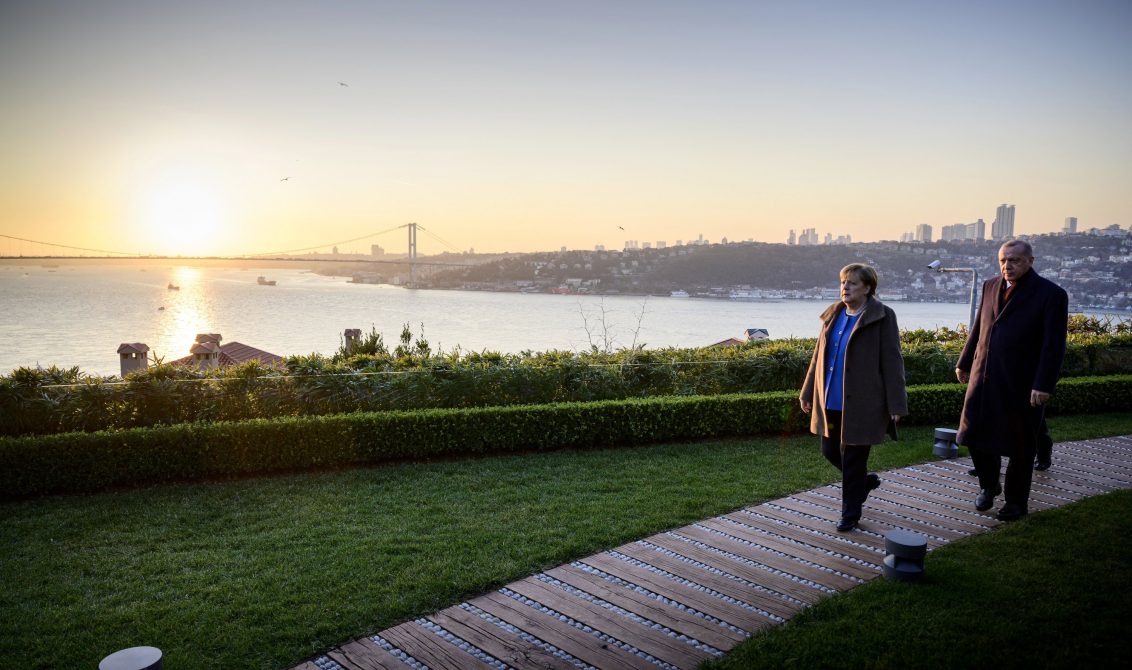 What changed in Turkish-German ties during Merkel era?

Merkel’s last 16 years in office will be recorded in history as one of the most active periods in Turkish-German relations. Erdoğan and Merkel’s efforts to act as two rational actors on the axis of mutual interests became the main driving forces of this 16-year dynamism.

n Oct. 16, German Chancellor Angela Merkel paid her farewell visit to Turkey. During the Merkel period, in which Germany was ruled by coalition governments for 16 years, both Ankara and Berlin worked hard to maintain a mutually beneficial relationship. In addition to the strong relations that the two countries established for political and economic reasons in the past, the various interests, opportunities and dependencies of the accord have been deepened in the last 16 years, especially in the field of economy. On the other hand, the two countries have faced various challenges due to the activities of the PKK and the Gülenist Terror Group (FETÖ) in Germany as well as Turkey’s European Union membership process.

Despite the tensions in bilateral political relations, Turkey and Germany established a strong economic relationship during Merkel’s term. In this context, it should be noted that Merkel gave importance to increasing commercial relations with Turkey as well as with other countries, in line with Germany’s “commercial state” identity. When we look at the balance sheet of the last 16 years of commercial relations, which can be considered the anchor of bilateral relations, the Turkish-German trade volume stood at approximately $23 billion (TL 219.36 billion) when Merkel took office in 2005. Thanks to the steps taken in line with the “win-win” principle within the framework of mutual interests, this trade volume has nearly doubled and approached the level of $40 billion today.

On the other hand, because of Turkey’s population of over 80 million, its stable political structure compared to other countries in the region, its growing purchasing power and wide market opportunities, German investors have turned their attention toward Turkey. As a result of this, the number of companies with a German capital partnership in Turkey has increased from around 1,300 in 2005 to around 7,250 today. Therefore, it remains an objective reality that the economic pillar of Turkish-German relations has strengthened quantitatively during the Merkel period. Despite this, since the customs union between Turkey and the EU could not be updated, the Turkish-German trade volume remained below the long-targeted $50 billion level.

During the Merkel period, there was also a partial change in the scope of trade between Turkey and Germany. Until 2005, Turkey mostly exported low value-added products to Germany, but today it also exports high value-added motor vehicles, machinery and chemical products. The portfolio of products exported by Germany to Turkey remained almost the same. However, the investment portfolio of German companies in Turkey has expanded. German companies, which invested mostly in the manufacturing and service sectors in Turkey until 2005, are now making pioneering investments in the renewable energy sector. Therefore, it can be stated that Turkish-German economic relations have both expanded in terms of quantity and deepened in terms of quality in the past 16 years.

Activities of PKK and FETÖ

The PKK issue, a chronic problem in Turkish-German relations, has been a part of the political agenda during Merkel’s 16-year tenure. Turkey has always reacted to the fact that the terrorist organization has been residing in Germany for many years and leads its anti-Turkey actions across Europe from there. Although European countries and the EU institutionally recognize the PKK as a terrorist organization, the “nongovernmental organizations” established by the PKK in Germany have been thorns in Turkey’s side. In addition, the violent attacks carried out by the organization against the Turkish diaspora in Germany were among the developments that escalated tensions in Turkish-German relations. For this, President Recep Tayyip Erdoğan criticized the PKK’s activities in Germany during almost all of his meetings with his German counterpart.

Apart from the PKK, after the treacherous coup attempt on July 15, Germany drew a profile that supported the organization by granting FETÖ militants asylum, another negative development that coincided with the Merkel period. At a time when relations are in a fragile period, FETÖ’s presence in Germany and the condoning FETÖ activities there led to a basic question: “Why does Germany support anti-Turkish terrorism?” This was actually the most important development that brought Turkish-German relations to a breaking point during the Merkel period.

Turkey’s accession process to the EU was one issue that never came off the agenda in Turkish-German relations during the Merkel era. In fact, Merkel’s predecessor, Social Democrat Gerhard Schroder, strongly supported Turkey’s EU membership. Actually it was Schroder who convinced the leaders of other EU member states in 2004 that full membership negotiations with Turkey should be opened on the condition that they comply with the Copenhagen criteria. However, unlike Schroder, Merkel openly opposed to Turkey’s EU membership in line with her conservative political identity. As a matter of fact, after Merkel took office, she brought the so-called “privileged partnership” model for Turkey to the agenda. As a reflection of this policy, Merkel did not take constructive steps on issues such as opening new negotiation chapters, updating the EU Customs Union and removing visas for Turkish citizens.

Although Merkel did not give the expected support for Turkey’s EU membership, she did not hesitate to take the initiative on behalf of the EU when required. In fact, in times of crisis, Turkey often called on Berlin to maintain its relations with the EU. At such times, Brussels received help from Berlin to get relations with Ankara back on track. For instance, Merkel’s Germany played an important role in mediating the provision of financial aid to Turkey in the fight against irregular migration and in the signing of the famous March 18 agreement.

Similarly, the demands of France, the Greek Cypriot Administration and Greece to suspend Turkey’s membership and impose heavy sanctions on it due to the developments in the Eastern Mediterranean and the Aegean Sea were also suppressed by Merkel. Thus, when Turkey-EU relations came to a breaking point, the Merkel government acted rationally and prioritized dialogue with Turkey. As a result, she prevented potential major crises that would create serious depressions in Turkey-EU relations.

All in all, Merkel’s last 16 years in office will be recorded in history as one of the most active periods in Turkish-German relations. Erdoğan and Merkel’s efforts to act as two rational actors on the axis of mutual interests became the main driving forces of this 16-year dynamism.

Why Turkish opposition CHP's no vote is critical
Previous

The century’s most exceptional elections in Turkey
Next
Loading...
Loading...
We use cookies to ensure that we give you the best experience on our website. If you continue to use this site we will assume that you are happy with it.Ok