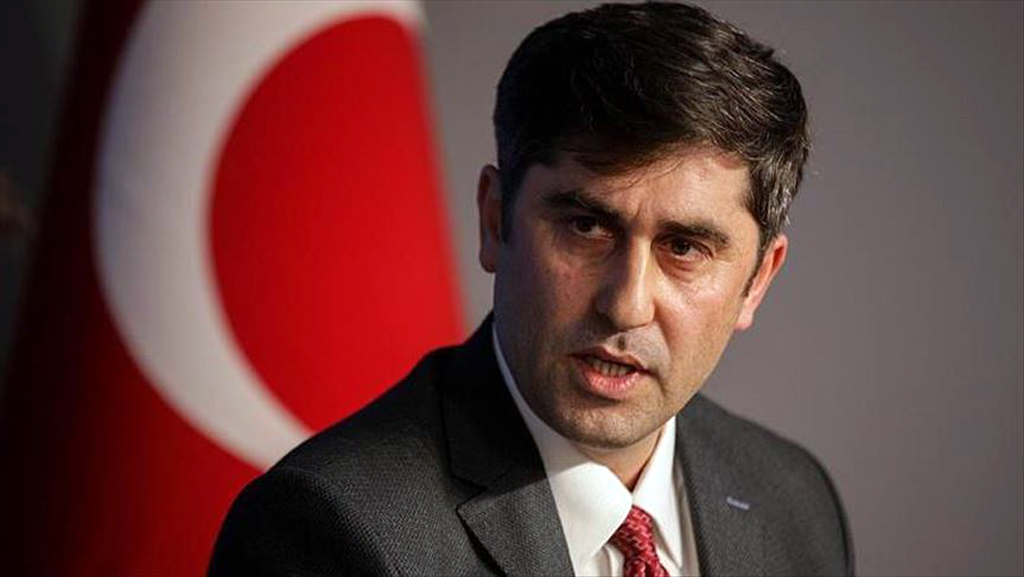 Turkey held a virtual panel in London to mark the fourth anniversary of the July 15, 2016 defeated coup in Turkey as carried out by the Fetullah Terrorist Organization (FETO)

Yalcin said that it is important for the international community to understand the impact and repercussions of the defeated coup.

“In the aftermath of the coup attempt, we didn’t get support or empathy from the international community, especially from our Western allies. And this created a trust problem,” Yalcin said, adding that this mistrust in the Turkish public is deep.

But Britain was an exception, he said, as they immediately sent Alan Duncan, then-minister of state for Europe and the Americas, to Turkey after the defeated coup. “They condemned the coup attempt and they showed their support and solidarity with Turkey,” Yalcin said.

Speaking on the effects of the 2016 attempt, Yalcin said: “That night, four years ago, the main target for the terrorist organization was legitimacy. They were against the legitimate parliament, legitimate president, the legitimate rights of the people in Turkey.”

The defeated coup attempt’s effects on Turkish foreign policy were also discussed in the panel, as Hale, who authored the book Turkish Foreign Policy 1774-2000, underlined the latest situation in Syria and Turkey’s policy in the region.

“Just after the coup attempt Turkey was able to carry out very critical anti-terror operations,” he said, referring to its three operations in northern Syria, across Turkey’s border, to make the region safe from terror groups.

Conkar added that Turkey wasn’t able to carry out such operations before the defeated coup.

“This shows that ridding the army of FETO-affiliated members actually gave the Turkish army more confidence to carry out a more decisive kind of operation outside of Turkey,” he explained.

Ankara also accuses FETO of being behind a long-running campaign to overthrow the state through the infiltration of Turkish institutions, particularly the military, police and judiciary.

Since 2016, Turkey has launched a trio of successful anti-terrorist operations across its border in northern Syria to prevent the formation of a terror corridor and enable the peaceful settlement of locals: Euphrates Shield (2016), Olive Branch (2018) and Peace Spring (2019).

In its more than 30-year terror campaign against Turkey, the PKK – listed as a terrorist organization by Turkey, the US, and EU – has been responsible for the deaths of 40,000 people, including women, children, and infants. The YPG is the PKK’s Syrian offshoot.

The purpose of the anti-Turkish campaign
Previous

What's going on between Azerbaijan and Armenia in Tovuz region?
Next
Loading...
Loading...
We use cookies to ensure that we give you the best experience on our website. If you continue to use this site we will assume that you are happy with it.Ok