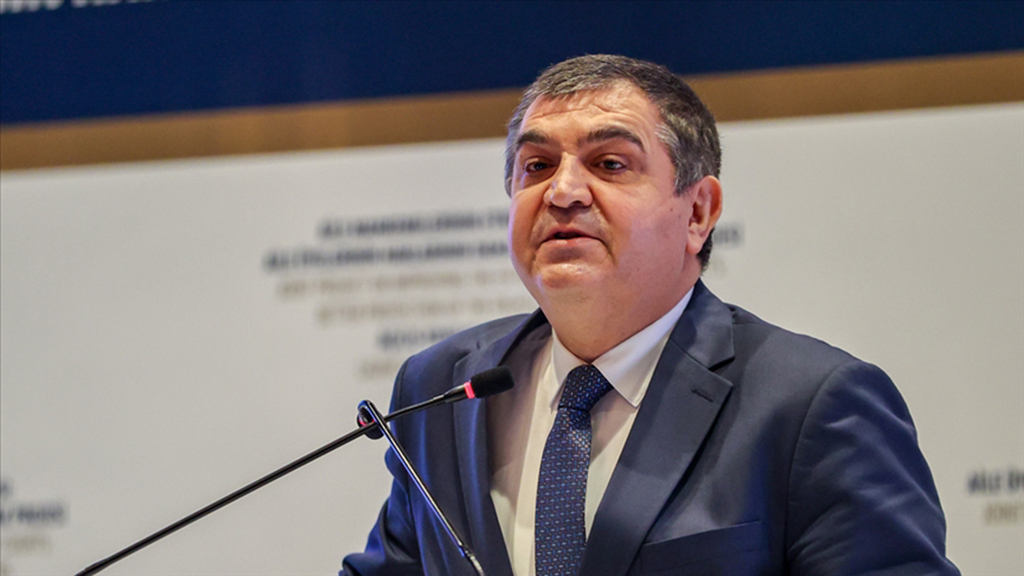 Ankara's policy towards Balkans in line with EU as it wants Balkan nations, including Türkiye, as EU members: Diplomat

Türkiye’s only wish in the Balkan region is “really a lasting peace, stability,” a senior diplomat said on Friday.

“The only thing that we want is really a lasting peace, lasting stability and also, respect for each other, respect for all beliefs and cultures. This is what is needed, I think, in the Balkans,” Turkish Deputy Foreign Minister Faruk Kaymakci said.

He was speaking at the closing event of the Balkan Think Tanks Convention’s third edition, organized by the Ankara-based Political, Economic and Social Research Foundation (SETA).

Noting that “sometimes our Bosnian friends are a little bit worried or upset when we have good relations with the Serbs,” Kaymakci said it was part of Ankara’s approach to the region as it did not “discriminate” against anyone and invests in and helps all in the region.

“Our investment level in the Balkan states is around $30 billion. So it is immense and important,” he said.

Emphasizing the benefit of exchange among peoples from Türkiye to the Balkan countries, he said this would also be beneficial for economic recovery while dealing with the negative impacts of the Russia-Ukraine war and post-pandemic impacts.

– Türkiye ‘not an outsider’ in Balkans

The Balkans are “key to the peace and stability of the rest of Europe,” said the senior diplomat, adding that the Balkans and Türkiye are sometimes overlooked as part of Europe.

“Again, as I mentioned, we (Türkiye) are not an outsider. We are not foreign to the area, to the region. We are part of it and this is why sometimes we have issues with the EU,” he said.

Kaymakci said EU officials sometimes “try to portray Türkiye as a destabilizer, a threat to the Balkans, and they sometimes compare Türkiye with Russia or China or other countries with negative connotations.”

“Our policy towards the Balkans is mostly in line with the EU because we want to see all of the Balkan states, including Türkiye, as a member of the EU, and also as member of NATO, if they all want,” he said.

The Turkish diplomat further expressed his country’s “support” to all Balkan countries in their Euro-Atlantic integration.

He noted that Türkiye’s presence in the region “is not only about economy,” but that his country was also investing in the young people of the Balkans so they have access to better education and better understanding of Türkiye via scholarships there.

“We are investing in culture and the arts through our Yunus Emre Institute. We are doing our best in terms of international cooperation and development through TIKA (Turkish Cooperation and Coordination Agency), which realizes many projects,” he added.

“We have to explain that people should respect all beliefs,” said Kaymakci, stressing the need to make sure Türkiye’s intentions in the Balkans are “better understood.”

On tensions in the region, Kaymakci said the leaders of Balkan nations often call Turkish President Recep Tayyip Erdogan to help sort them out.

“It is important that Turkish leadership, Turkish diplomacy contributes to peace and stability (in the Balkans),” he said.

Noting that the Balkans are “the birth place of the European Union,” Kaymakci also commented on Türkiye’s long-standing accession process to the bloc.

“If Türkiye had been a member of the EU years ago, I think this war against Ukraine would have been prevented,” he said, adding that the “lack of deterrence, lack of coordination and lack of unity” between the EU and NATO “increase the appetite of Russia to start this war easily.”

Stressing the importance of realizing EU enlargement as soon as possible, the Turkish deputy foreign minister pointed out Ankara’s accession case and said the country had “prejudices to overcome,” and faced some difficulty due to the “abuse” of veto rights.

“We want to see a strong EU with vision and leaders with strategy. We cannot just leave the enlargement process to populism,” he asserted.

Kaymakci further noted that such blockage “further complicated and discouraged” not only Türkiye but other candidate countries for reforms in terms of alignment with the EU and the Copenhagen criteria, which are a set of conditions that countries need to meet to be a member of EU.

“It doesn’t help, it really weakens the EU’s influence, transformative power in the candidate countries,” he added.

On Türkiye-Greece relations, he described them as “complicated” but continued to say that “if there is a will, I think there is a way.”

Türkiye, a NATO member for more than 70 years, has complained of repeated provocative actions and rhetoric by Greece in the region in recent months, including arming islands near Turkish shores that are demilitarized under a treaty, saying that such moves frustrate its good faith efforts for peace.

Voicing hopes that Greece and the Greek Cypriots stop their “violations and provocations” and “focus on a positive agenda,” Kaymakci said, “we should have normal relations” and called on the EU not to meddle in bilateral issues between Athens and Ankara.

“Because when there was a problem between Croatia and Slovenia, the EU said: ‘It is not in my jurisdiction, I leave it to the parties to decide among themselves, if necessary, they can go to the international court.’ When it is about Serbia and Kosovo, again the EU says: ‘I’m not going to take sides. I am encouraging both sides to find the solution bilaterally.’ But when it comes to Türkiye, the EU takes a position,” he said.

There are two main reasons for the EU’s attitude on issues between Türkiye and Greece, he said, naming one as being the desire to prevent Turkish EU membership.

The second, he said, is to keep Türkiye occupied to not “discuss anymore Copenhagen political criteria.”

Türkiye applied for EU membership in 1987 and accession talks began in 2005.

In the years since, talks have been essentially frozen due to political roadblocks by certain EU members, for reasons unrelated to its suitability for membership, according to Ankara.

The main dilemma in the Turkish opposition
Next
Loading...
Loading...
We use cookies to ensure that we give you the best experience on our website. If you continue to use this site we will assume that you are happy with it.Ok