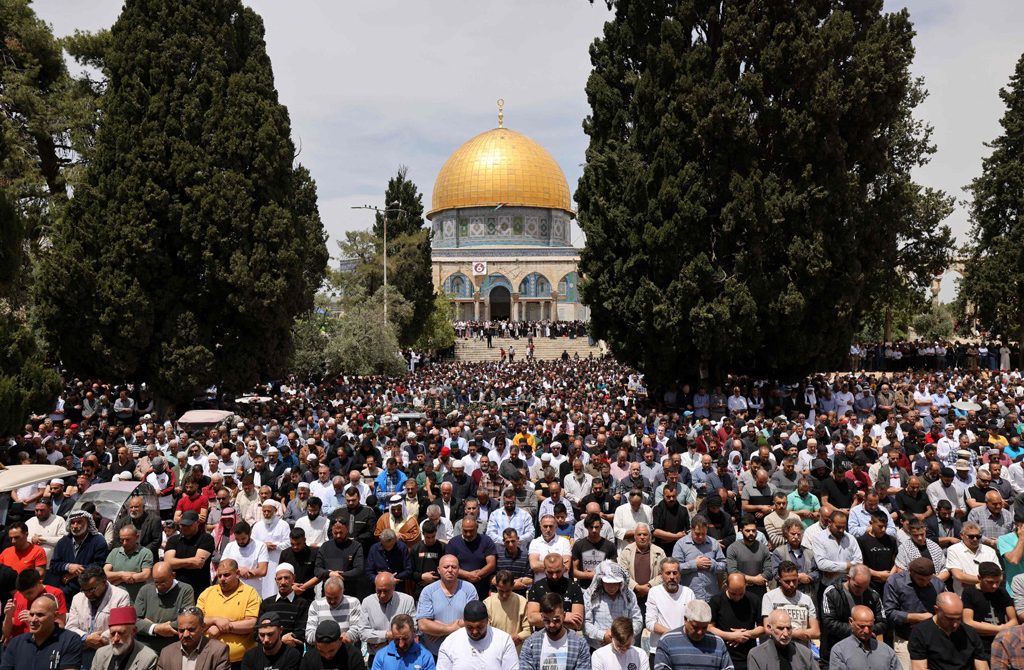 Considering that there will certainly be fresh crises in the future just like the recent one in Al-Aqsa, Ankara and Tel Aviv should focus on ways to overcome the serious tests through diplomacy

The global atmosphere that emerged with the war in Ukraine boosts the impact and importance of the policy of normalization, which Turkey has been pursuing for more than a year. Established by Turkey and the United States, the strategic mechanism maintains a certain level of activity with a focus on solving existing problems and exploring new areas of cooperation. As the F-16 purchase makes a positive impact on the relationship, it appears that Washington has also begun to pay attention to Turkey’s significance for Eastern Mediterranean energy. As the EastMed pipeline project loses importance, the possibility of transporting Israel’s natural gas via Turkey comes up with increasing frequency.

Again, the Russian invasion of Ukraine creates an opportunity to repair Turkey-European Union relations. Hardly anyone expects the EU to open new chapters for negotiation, but the high-level political dialogue on climate is expected to continue in energy. As such, Turkey and the bloc should concentrate on a new positive agenda vis-a-vis the customs union’s modernization and migration. Moving forward, Europe needs solid cooperation with Turkey to deal with the trauma of Russia and to secure its future. That atmosphere also encourages Greece to refrain from escalating tensions with Turkey. In this sense, Turkey’s commitment to its normalization policy and the fact that normalization has already started with the United Arab Emirates (UAE) and Israel both worries Greece and encourages it to turn to diplomacy. It goes without saying that resolving the Turkish-Greek disputes in the Aegean Sea and the Eastern Mediterranean will take a long and difficult diplomatic process, even under favorable circumstances.

The Turkish-Israeli normalization process, which Israeli President Isaac Herzog’s March 9 visit to the capital Ankara expedited, continues against the backdrop of Tel Aviv’s cautious stance, which takes into account domestic politics as well. It will take decisive diplomacy and an ability to manage and overcome crises to repair the bilateral relationship, which was undermined by the “one minute” affair in 2009.

Indeed, violence against Palestinians during Ramadan and the insistence of radical Jews on entering the Al-Aqsa Mosque amounted to a crisis that put to test the normalization between Turkey and Israel. President Recep Tayyip Erdoğan thus created a framework for normalization by saying that Palestinians, Jerusalem and Al-Aqsa represented Turkey’s red lines, and he was saddened by what had taken place. He also clarified that normalization between Turkey and Israel was not a process, which would hurt Palestinian interests or lead to concessions on certain fundamental principles. Indeed, such clarity was needed to ensure that the process would not be fragile. In this sense, Erdoğan’s statement of his position and his decisive and open dialogue with his Israeli counterpart facilitated the overcoming of that crisis. Known for his conciliatory personality in Israeli politics, Herzog, too, showed initiative for overcoming the crisis and upholding normalization.

It was a welcome development that Israel prohibited radical Jews from entering Al-Aqsa following Erdoğan’s phone call with Herzog. The most recent developments showed that normalization between Ankara and Tel Aviv undergoes a series of tests. Whereas jointly building a pipeline represents an important overlap between Turkish and Israeli energy interests, Jerusalem and Al-Aqsa are in a position to trigger crises frequently. Ankara has adopted a decisive position regarding normalization, believing that the process serves Palestinian interests as well. To stop the process from being fragile, however, it is necessary for everyone’s expectations and positions as well as the management of the process to be completely transparent. Indeed, Turkish and Israeli public opinions need to witness that reasonable dialogue makes it possible to overcome crises.

It is important to keep in mind that Israeli politics shifted to the right under former Israeli Prime Minister Benjamin Netanyahu. The 60-60 balance in the Israeli parliament also encourages incumbent Israeli Prime Minister Naftali Bennett’s government to act more cautiously. Indeed, the influence of those groups, which posit that Israel does not need normalization with Turkey, is quite significant as well. Again, we must take into account the indirect impact of certain regional players, which are unhappy with that normalization process.

We have seen how important active dialogue between Ankara and Tel Aviv, whereby opinions, information and proposed solutions are shared by both sides, is crucial for keeping the process on track. There will certainly be fresh crises in the future. Focusing on areas of cooperation, looking out for each other’s sensitivities, and instant dialogue would contribute to passing many tests.

‘The Syria question’ in Turkish politics
Next
Loading...
Loading...
We use cookies to ensure that we give you the best experience on our website. If you continue to use this site we will assume that you are happy with it.Ok