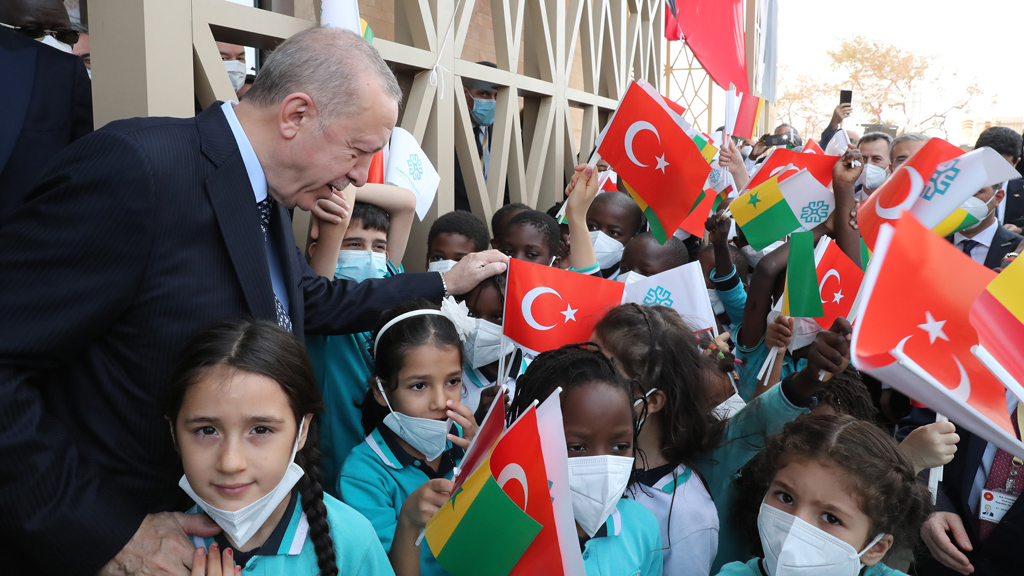 Turkey and Africa envision a strategic future together

The new phase in Turkey's ties with the African continent is beyond a mere economic project, and offers a great future for both sides based on mutual gains

President Recep Tayyip Erdoğan made his second trip to Africa in four months. Prior to Senegal, he visited Kinshasa, the capital of the Democratic Republic of Congo (DRC). The largest country in Sub-Saharan Africa and home to 90 million people, the nation needs crucial investment in development, infrastructure and urbanization.

In the Congolese capital, where the Belgian and French influence remains strong, Erdoğan and DRC’s president, Felix Tshisekedi, personally oversaw the signing of military framework and defense cooperation agreements as well as a memorandum of understanding vis-à-vis highways, railways, a financial center, infrastructure and river transportation.

Erdoğan’s second stop was Dakar, the Senegalese capital, which he had frequently visited as part of his Africa tours. Attending the Senegal Business Forum on Feb. 21, the Turkish president signed six bilateral agreements. The following day, Erdoğan attended the opening ceremony of the Turkish Embassy’s new chancellery as well as an Olympic stadium built by Turkish businesspeople.

In his own words, the Turkish president’s trip was intended as a “follow-up to the decisions made at the Third Turkey-Africa Summit.” Over the years, Erdoğan’s hard work has increased the Turkish business community’s investments on the African continent to $78 billion (TL 1 trillion) with over 1,700 projects.

There is no doubt that Erdoğan oversaw many crucial transformations in Turkish foreign policy. In the last 19 years, he proved willing to endure necessary tensions for the sake of Turkey’s autonomy and national interest. As needed, the president cemented his country’s gains by launching new initiatives.

The media recently focused on Ankara’s pursuit of normalization with the United Arab Emirates (UAE), Israel, Armenia, Saudi Arabia and Egypt. However, Erdoğan’s efforts and vision regarding African nations have been truly revolutionary. Having visited the continent more times than any other leader, the Turkish president promotes a “win-win approach” in Africa.

Praised by people around the world as a vocal critic of the international system, Erdoğan challenges the legacy of European colonialism in Africa as well. He promises a fair relationship for the purpose of “revival and reconstruction.” That relationship manifests itself in multiple layers, ranging from trade and infrastructure to defense and military cooperation. Of course, neither China’s large investments in Africa nor Russia’s growing influence thanks to Wagner-like groups nor the capacity of France and other European states dating back to the colonial era are a secret. Against the backdrop of that fierce competition, Turkey carved out space for itself with its discourse and mutually beneficial way of doing business.

Ankara’s intense efforts on the continent could encourage European governments to cooperate instead of competing against Turkey. Indeed, the country’s relationship with Africa goes beyond promoting trade and evolves into a strategic domain that could influence its relations with the great powers.

Turkey Is an Afro-Eurasian State
Previous

Realistic diplomacy must be activated, now!
Next
Loading...
Loading...
We use cookies to ensure that we give you the best experience on our website. If you continue to use this site we will assume that you are happy with it.Ok