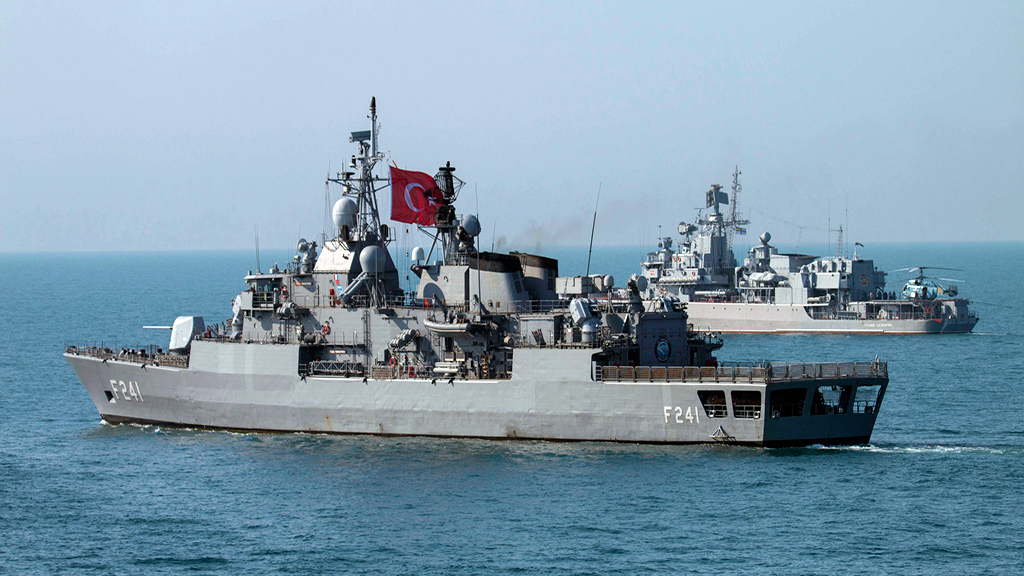 The Libyan state is essentially divided into two different political entities. Today, almost 60% of the population is under the control of the U.N.-recognized government based in Tripoli, the Government of National Accord (GNA), led by Fayez al-Sarraj. However, more than 70% of the Libyan territory is under the control of the illegitimate actor, the so-called Libyan National Army (LNA) led by the putschist Gen. Khalifa Haftar, who initiated a comprehensive military operation against Tripoli last April. Haftar was confident that he would be able to take control of the capital, since he was fully supported not only by regional states such as the United Arab Emirates (UAE), Saudi Arabia and Egypt, but also by global powers such as France and Russia.

However, Turkey’s limited military intervention has changed the balance of power in the Libyan crisis. Turkey has signed two significant agreements with the internationally-recognized Sarraj government last November. While one is about military cooperation, the other one is about maritime boundaries of countries in the Eastern Mediterranean. One of the most immediate impacts of these two pacts signed between Turkey and GNA was that it prevented Haftar forces from taking control of the capital city. The second important impact of Turkish intervention is that it forced the pro-Haftar coalition to initiate a political dialogue with the legitimate government based in Tripoli. Lastly, the maritime agreement prevented Greece and other countries in the region to sign a similar agreement to contain Turkey from the sea. Turkey has also demonstrated its deterrent power by sending drilling ships, seismic research ships, destroyers and armed unmanned aerial vehicles to the sea. As in the case of the Syrian crisis, Turkey has used its power on the ground in the Libyan crisis and has earned its place at the negotiation table.

President Recep Tayyip Erdoğan visited the countries affected by the Libyan crisis. In this context, Turkey has requested Tunisia and Algeria, the two relatively independent Arab countries, to play a more active role in the Libyan crisis. That is why, besides Russia, Turkey is the second most effective country participating in the Berlin Conference. The Turkish delegation led by Erdoğan met with other influential actors, including Russia and the U.S., during the conference. An effective and firm Turkish stance has even created some friction among the pro-Haftar coalition. The flexible global powers have started pressurizing the more rigid regional countries to accept the diplomatic process and to find a political solution to the crisis.

Russia has insisted on a lasting ceasefire in Libya and has asked Haftar to sign the agreement. In spite of reactions from the Russian government, which has withdrawn its mercenaries from the ground, Haftar has rejected to sign the ceasefire agreement. It is now obvious that Russia has more at stake than Haftar controls in Libya. The regional pro-Haftar regional states – the Emirates, Saudi Arabia and Egypt, do not want Turkey to take credit for the negotiation process. Therefore, they insist on continuing their fight for a military solution in the country.

On the other hand, European countries and the European Union began supporting the Turkish position more openly. After the Turkish-Russian declaration of a ceasefire in Libya, the EU representatives held a meeting with foreign ministers of France, Germany, Italy and the United Kingdom and declared that the EU supports the ceasefire and a diplomatic solution to the crisis. The joint statement made at the meeting declared that they are convinced that “there is no military solution to the Libyan crisis.” Furthermore, Italian Foreign Minister Luigi Di Maio has visited Turkey and met with his Turkish counterpart Mevlüt Çavuşoğlu. In other words, both the EU and the leading European countries, who fear new waves of migration and the spread of terrorism from the region, have chosen to align themselves with the Turkish position.

In conclusion, Turkish efforts have altered the public opinion and forced the global actors to take a more balanced stance on the Libyan crisis. After the changes in the balance of power on the ground, many actors, who support the illegitimate actor Haftar, began to call for a permanent ceasefire and a diplomatic solution to the crisis. More countries such as Italy, Tunisia and Algeria began to work more closely with the pro-Sarraj bloc led by Turkey. Therefore, Turkey is now considered a key actor for lasting peace in the Libyan crisis and an effective and deterrent actor in the Eastern Mediterranean region.