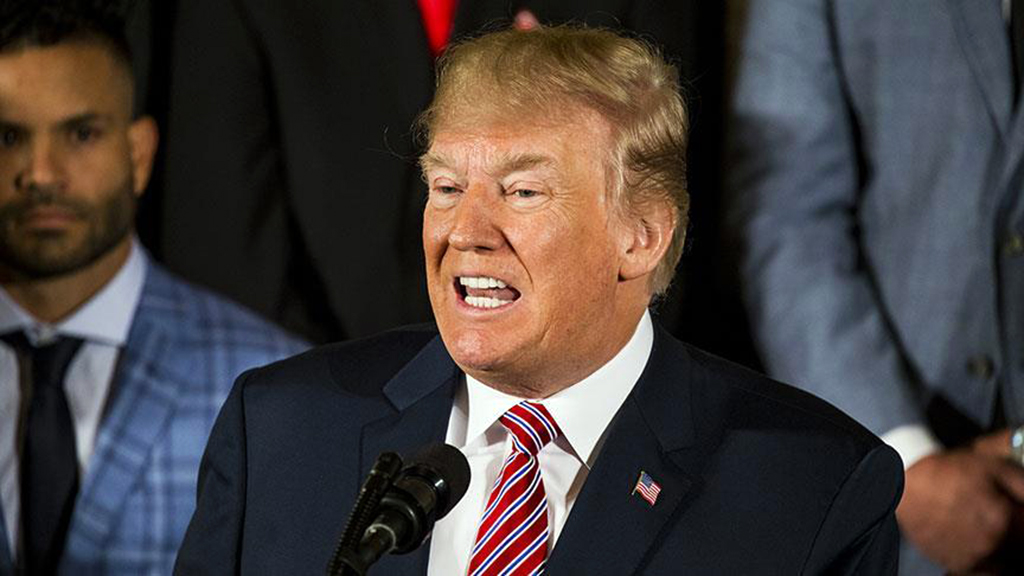 The Donald Trump administration continues to use American power crudely every day. Washington not only continues to dismantle the post-World War II liberal order, an American creation, but has also imposed its unilateral national interest on the international arena and its actors.

The Donald Trump administration continues to use American power crudely every day. Washington not only continues to dismantle the post-World War II liberal order, an American creation, but has also imposed its unilateral national interest on the international arena and its actors. The United States cannot even be bothered to mobilize international organizations anymore. Relying on hard power, it imposes American law on other nations as if it were international law. To make matters worse, Washington resorts to sanctions and threats without distinguishing between its friends and foes. Three developments that took place in recent weeks alone attest to the new degree of American unilateralism.

First, the United States designated the Iranian Revolutionary Guard as a terrorist organization and allowed exemptions on oil imports from Iran for eight nations to expire. The Trump administration’s efforts to destabilize Iran risk the commercial interests of third parties. Moreover, Trump threw his weight behind coup plotters in Venezuela, where they hoped to overthrow President Nicolas Maduro’s government. When the coup attempt failed, Washington proceeded to threaten violence against the country. Unlike the past, the United States has assumed a completely open position regarding military intervention in Venezuela. Finally, at the request of Egypt’s usurper-president, Abdel-Fattah el-Sissi, the Trump administration has taken steps to designate the Muslim Brotherhood as a terrorist organization.

Clearly, this isn’t the first time that the United States targeted foreign entities with sanctions, offered support to coup plotters or added someone to its terror list. People around the world are fully aware of Washington’s indirect involvement in past military interventions. Turkish people, among others, have witnessed Washington’s double standards when it comes to fighting terrorism. The Barack Obama administration, too, armed the terrorist organization PKK’s Syrian affiliate, the People’s Protection Units (YPG), while paying lip service to liberal values. It is unprecedented, however, that the United States has made no effort to justify its double standards. That American allies, like Turkey and Germany, face the threat of economic sanctions due to their cordial relations with Russia supports this grim view. Again, the ability of lobbyists for foreign governments, including Israel, Saudi Arabia and Egypt, to impose their narrow agendas on Washington demonstrates the extent to which the U.S. foreign policy process has been weakened.

America no longer cares how much damage its unilateralism causes. For example, U.S. economic sanctions rest on the assumption that China, Russia and the European Union could not challenge the power of the greenback. Nor does Washington seem to believe that designating millions of Iranians or Muslim Brotherhood members as terrorists is a problem. Such short-term decisions, which rest firmly on hard power, might go unchallenged. Yet, the great powers will certainly change their strategic calculus in the long run. Nor does it take a genius to figure out that the Trump administration’s attempt to impose the will of Israel, Egypt, Saudi Arabia and the United Arab Emirates (UAE) on the Middle East will fuel radicalization and terror.

To designate the Muslim Brotherhood, an organization that actively challenges al-Qaida and Daesh, as a terrorist organization, is not just a simple oversight. It amounts to deliberately worsening the situation in the Middle East and targeting moderate Muslims residing in the United States. By designating select organizations and individuals as terrorists, the Trump administration stands to fan the flame of Islamophobia in America. Blurring the line between moderate and radical Islamists won’t serve the interests of the United States or its allies. Quite the contrary, it will play right into the hands of radicals.

Sooner or later, however, U.S. sanctions, American support for coup plotters and Washington’s double standards on counterterrorism will inevitably backfire.

Effectiveness of sanctions as a foreign policy tool for Washington
Previous

Violence by French police in the spotlight
Next
Loading...
Loading...
We use cookies to ensure that we give you the best experience on our website. If you continue to use this site we will assume that you are happy with it.Ok