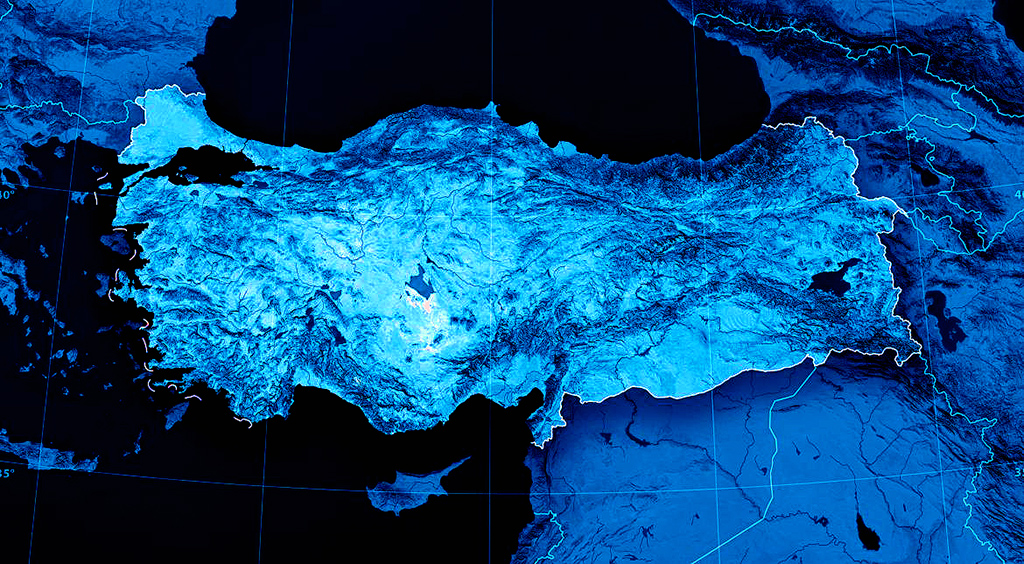 The purpose of the anti-Turkish campaign

The effective steps Turkey has taken to fill the deepening power vacuum in its region have hurt the interests of many foreign governments. Those countries are unsettled by Turkey’s transformation into a regional and global player with game-changing capabilities under President Recep Tayyip Erdoğan’s leadership.

The effective steps Turkey has taken to fill the deepening power vacuum in its region have hurt the interests of many foreign governments. Those countries are unsettled by Turkey’s transformation into a regional and global player with game-changing capabilities under President Recep Tayyip Erdoğan’s leadership.

Currently, France, the United Arab Emirates (UAE), Egypt, Greece and Israel are at the top of this list of disgruntled countries. These nations, each with their own maximalist demands and push for regional influence, are waging a severe ideological campaign to contain Ankara. The French and Greek media are pushing the narrative that the Ottoman Empire is on the way back. Israeli reporters, in turn, claim that Turkey is no longer a secular, enlightened NATO member but an Islamic republic, pushing the idea that Turkey is the Sunni equivalent of Iran, with its expansionist agenda, posing a threat to Israel and NATO. Meanwhile, Emirati-sponsored Arab outlets stage a two-pronged attack against Turkey – sometimes accusing Ankara of supporting the Muslim Brotherhood in an attempt to incite a clash between Turkey and Egypt in the Libyan theater and other times seeking to hurt Erdoğan’s reputation among the Arab public by portraying him as a Turkish nationalist waging war on the Arab world.

Throw in the occasional American or European criticism of the Turkish leader as a challenge to the West, and you now have the main components of the anti-Turkish campaign.

Why would the same ideologically charged smear campaign, which used to target Iran until recently, turn against Turkey now? Turkey’s critics know all too well that its government does not seek to establish an Islamic republic or resurrect the Ottoman Empire. Again, Turkey’s history, current political system and strategic ties with the West make it incomparable to Iran. Tehran has been trying to export its revolution for 40 years and currently faces trouble in the international arena due to sanctions and ideological isolation. By contrast, Erdoğan is actively engaged in diplomatic talks with other world leaders in the West and beyond.

According to former U.S. national security adviser John Bolton, the Turkish president spoke with U.S. President Donald Trump more often than any other leader. His frequent contacts with Russian leader Vladimir Putin, not to mention others, also comes to mind.

Indeed, Turkey’s foreign policy initiatives entail many tensions. In an increasingly chaotic international system, such tensions are an unavoidable part of the new balance of power. Let us not forget, however, that the Turkish president’s brand of politics does not rely on tensions alone. He can also reconcile Turkey’s interests with the interests of allies – even finding middle ground with his adversaries.

Although Turkey has experienced problems with the European Union over the refugee crisis, it is an indisputable fact that Ankara contributes greatly to European security. As a NATO ally and one of Syria’s neighbors, it is a powerful bulwark protecting Europe from the Syrian conflict’s side effects.

Turkey also experiences many problems with the U.S., yet Ankara’s Libya initiative serves American interests. France clearly cannot promote stability in North Africa, which, at this rate, will otherwise come under Russian control.

Again, it was Ankara that launched the Astana process over Syria in cooperation with its two adversaries – Moscow and Tehran.

The purpose of the anti-Turkish campaign is to prevent Ankara from reaping the strategic benefits of its most recent moves in Syria, Libya and the Eastern Mediterranean. In other words, Turkey’s opponents do not want the country to emerge stronger from its tensions with various players through diplomacy.

Turkey’s growing regional influence is a new development that global powers like the U.S. and Russia can afford to stomach. For countries like France and Israel, however, who are pursuing regional hegemony, it presents a serious problem. The Gulf monarchies, which have been reduced to mere tools in Israel’s “silent but hegemonic” regional policy, feel the Turkish “threat” even more acutely. After all, Turkey, with its democratic system, economic development and strong political leadership, severely weakens their fragile legitimacy.

UK: Panel tackles 2016 defeated coup in Turkey
Next
Loading...
Loading...
We use cookies to ensure that we give you the best experience on our website. If you continue to use this site we will assume that you are happy with it.Ok