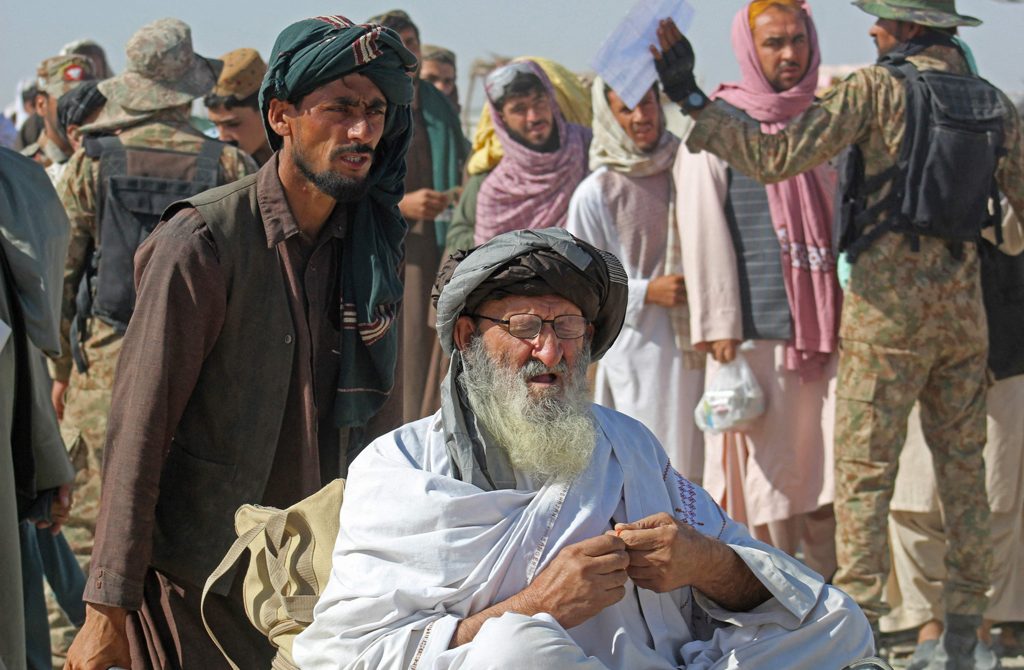 The Middle East’s future with the Taliban

With the U.S. withdrawal, the West abandoned pro-democracy groups for the second time, thus contributing to the emergence of a geopolitical environment that radicals could easily exploit

Afghanistan is a Central Asian and Southeast Asian nation, yet it exerts more influence over the Middle East than most countries due to its ethnic and religious attributes as well as the instability it has experienced for more than four decades. The long and troubled story of the mujahideen, who resisted the Soviet invasion of 1979, is closely linked to the spread of al-Qaida and similar organizations all across the region.

Today, Afghanistan is making headlines due to the poorly executed retreat of the United States and the Taliban’s return to power. Experts are discussing the potential implications of that development for the Middle East. They also wonder whether the Taliban’s actions will match its initial, inclusive statements.

Again, another popular question is whether the Taliban will refrain from supporting terrorist organizations, as promised to the U.S., China and Russia. Although the movement strikes a conciliatory tone in politics, it remains highly unlikely to undergo an ideological transformation. There is talk of a transitional government, yet, judging by public statements by the Taliban’s spokesperson, the group will govern according to the wishes of their religious leaders and scholars.

The Taliban’s approach to government is akin to the Sunni version of the velayat-e faqih, or guardianship of the Islamic jurist, in Iran, a country they oppose. Despite having studied at Hanafi-Maturidi madrassas, the Taliban’s hardline approach bears semblance to the rigid Salafist view.

In the interim, the movement seeks to create a positive atmosphere in relation to international recognition, foreign aid and investments. Yet, Afghanistan’s experiment with Islamic life under 20 years of U.S. occupation could clash with the Taliban’s hardline views, especially on the role of women in society and the treatment of Afghans, who worked with the United States – resulting in serious problems.

The movement is opposed to democratic government. Still, it is compelled to share power. The Taliban’s ability to include various communities and groups in Afghanistan’s new government depends on the international community’s approach as well as the contributions of countries like Pakistan, Qatar and Turkey.

A breach of trust

There is an ongoing discussion on the U.S. retreat from Afghanistan – who essentially handed over the country to the Taliban – from many different angles. Some experts see that development as a breach of trust within the Western alliance. Others say that Washington’s reputation has been severely tarnished. Yet, other commentators express concern that the Taliban could once again harbor terrorist organizations such as al-Qaida. For the record, it is entirely possible for the Taliban to keep its promises to the U.S., Russia and China on that front.

What really matters, however, is what the U.S. retreat represents in the eyes of anti-democratic hardliners in the region. Some movements believe democracy to be compatible with Islamic values and embrace it. Others oppose democracy, equating the caliphate with emirates or authoritarian republics.

Since the Arab revolts, pro-democracy groups were removed from power, forced to fight civil wars in Syria and Libya, and severely oppressed in Tunisia – which propelled the rise of democracy’s opponents. At the same time, the West’s silence in the face of steps taken by status quo powers in the Gulf largely excluded all movements interested in integrating into the world from the political arena.

It is obviously possible to claim that the elimination of Daesh, which proclaimed a caliphate without borders in Iraq and Syria, was part of a fight against radicals. Yet, that development, quite clearly, empowered radical groups such as the Hashd al-Shaabi and secular terrorist entities like the PKK-YPG.

The U.S. withdrawal enabled the Taliban to claim victory against both Russia and the U.S. Moreover, that retreat delivered the possibly unintended message to radicals that violence, as opposed to elections, was the path to success. In other words, the West abandoned pro-democracy groups for the second time, thus contributing to the emergence of a geopolitical environment that radicals could easily exploit.

In this regard, radicals rejoice at the Taliban’s victory, even though the movement does not form an “expansionist” government. At the same time, Iran’s conservative, pro-Shiite government could make fresh moves all across the region if the Biden administration proceeds to withdraw from Iraq. It goes without saying that concluding the nuclear deal, too, would give Tehran more room to spread its pro-Shiite ideology.

Implications of Taliban takeover for the United States
Next
Loading...
Loading...
We use cookies to ensure that we give you the best experience on our website. If you continue to use this site we will assume that you are happy with it.Ok