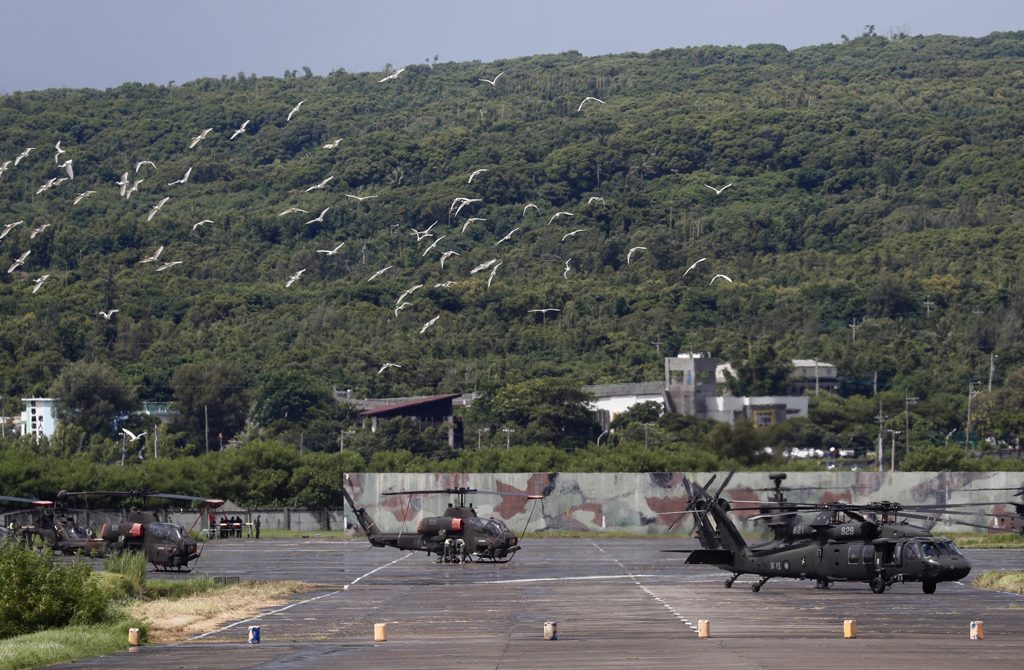 The renewed Taiwan crisis, which is at the core of the hottest developments to arise in the U.S.-China rivalry, has revealed the great power struggle between Washington and Beijing

The renewed Taiwan crisis, which attracted the attention of the international community with the recent visit of Nancy Pelosi, the speaker of the United States House of Representatives, is a reflection of the great power struggle between the U.S. and the People’s Republic of China (PRC). Taiwan represents vital interests for both China and the U.S. While Taiwan is a territory China will not compromise on, it is one of the most important tools in limiting China’s rise in the eyes of the U.S. Accordingly, this crisis is at the core of the hottest developments to arise in the U.S.-China rivalry.

China considers Taiwan a red line and regards any intervention in Taiwan as an intervention into its internal affairs. China wants to apply its “one country, two systems” constitutional principle, which recognizes the special status of Hong Kong and Macau as administrative regions, to Taiwan. According to the “one country, two systems” principle, Hong Kong and Macau are independent in their governmental, legal, economic and financial affairs. In other words, although this principle is recognized by the Chinese authorities with the expectation that it will promote the unification of China, it prevents China from enjoying full sovereignty over these territories.

Therefore, based on the “one China” principle, according to which there is only one sovereign state, the PRC has been insisting that it enjoys full sovereignty over all territories and also aims to integrate Taiwan, as it is inhabited by the same people, with mainland China. The U.S. and the international community have recognized the “one China” principle since 1972. That is, indirectly the international community considers the PRC the sole legitimate representative of China.

However, Taiwan continues to survive as a sovereign political entity and a state-like international actor. Since China will not allow Taiwan to become a member of international organizations including the United Nations after it was expelled at 26th General Assembly in 1971, Taiwan cannot enjoy official recognition. Most countries that recognize the PRC avoid having diplomatic relations with Taiwan and instead establish trade and cultural missions to represent their interests on the island.

On the other hand, after changing its policy towards the PRC in the early 1970s due to the intense global rivalry with the Soviet Union, the U.S. acknowledged that all Chinese people on either side of the Taiwan Strait maintain that there is only one China and that Taiwan is part of it. Since it promised that it will not challenge this position, the U.S only maintains formal relations with the PRC. Nevertheless, it did not explicitly declare that China is the only political authority representing the Chinese people or endorse PRC sovereignty over Taiwan. Therefore, the U.S. continued to maintain its relations, though unofficial, with Taiwan. From time to time American politicians have questioned the “one China” policy.

Although the Taiwan crisis remained an unsettled issue in the South Chinese Sea region, the U.S. government unilaterally made a commitment and ensured military support for Taiwan, one of its most strategic regional allies. That is why, after Russia invaded Ukraine, U.S. President Joe Biden announced on May 22 that the U.S. would intervene militarily if China were to unilaterally invade Taiwan. Biden later clarified his statement, explaining that his remarks did not change the U.S. position towards the status quo.

Together with South Korea and Japan, Taiwan serves as a geostrategic stronghold in the U.S. containment policy against a rising China. The U.S. will not easily abandon this strategic island to China since complete Chinese sovereignty over Taiwan would undermine the American hegemony in the region. Second, Taiwan is a symbol of Western liberal values against communist China. Recently, Western countries have started to change the status of Taiwan by initiating new kinds of interactions. Many European countries such as the Czech Republic, Lithuania and Slovakia have sent delegations to Taipei, the capital of Taiwan. Even a delegation representing the European Parliament visited Taiwan. Western countries have been trying to clear the way for Taiwan to become a member of international organizations, especially the World Trade Organization.

All these moves point to potential changes in the policies of the Western countries regarding the Taiwan crisis. It seems that Western countries have been trying to provoke Taiwan to go against China to create an atmosphere that will give way to a fresh crisis. Similar to their policies before the Ukrainian crisis, Western states have been encouraging Taiwan, which has no other option but to accept the conditions imposed by the West, to reclaim full sovereignty. Naturally, these moves will draw a strong reaction from China.

However, there are many indications that the game played by the Western world is counterproductive. After the West’s strong otherization of Russia, which has already begun to damage Western states and societies, the West nowadays tries to heighten the tension with China, with whom they have a much more interdependent relationship. The simultaneous otherization of the two strongest global actors will cause greater damage to the West. Let’s wait and see how the changes in relations influence both sides.

Why is the Sochi meeting significant?
Previous

5 messages to the confused minds on Türkiye
Next
Loading...
Loading...
We use cookies to ensure that we give you the best experience on our website. If you continue to use this site we will assume that you are happy with it.Ok