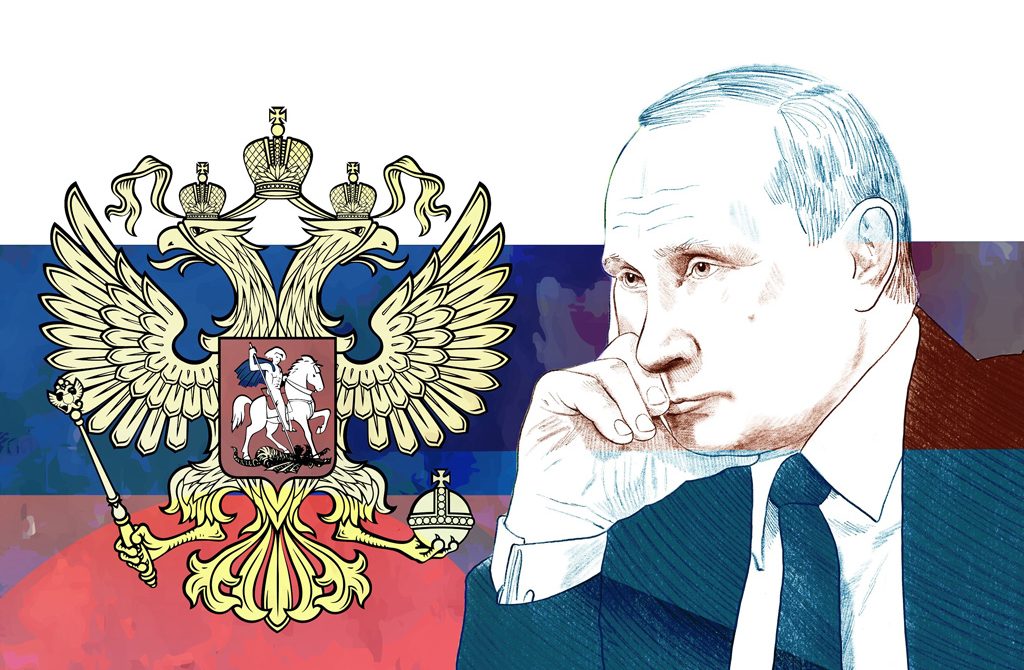 Realistic diplomacy must be activated, now!

Unless all parties from Brussels to the Kremlin give realistic diplomacy a chance, the escalating military confrontation will never stop

Russian President Vladimir Putin’s recent hourlong speech, which includes important insights and messages about the future of the Ukraine crisis, is already a significant turning point in his political career. For almost an hour, the Russian and international media watched Putin’s prerecorded video simultaneously as it was broadcast on Russian official channels. Putin is not known as an outspoken leader; he likes maintaining an air of mystery about his actions in general. He always wants his words and actions to be understood in the way they are intended. If he wants to be misunderstood, he acts accordingly. That is why he pays particular attention to his body language in short videos, photos and public speeches. The menace and defiance exhibited in his latest video was the real message he wanted to convey; however, the way he relayed his message is also noteworthy.

The recent developments in the Donbass region and the Russian-Ukrainian tension are not just about Ukraine. Putin wants his Western counterparts to see a “new Russia,” a Russia that is not how the international public has perceived the country since the end of the Cold War. Although he wants to deliver a clear, strong message to the United States, NATO and the European Union, his Western counterparts have overlooked his statements. Putin wants Western actors to acknowledge and respect Russia’s new status and interact diplomatically according to renewed standards.

Putin’s speech was full of maximalist claims and irredentist references. But what is more important is the Kremlin’s overall purpose in the international area. For a long period of time, Russia has been uncomfortable with the existing global order that sidelines its declining influence. Russian officials have been quite vocal about their discontent and they have demonstrated their resistance through diplomatic, political and military methods before. Yet the mainstream Western actors did not change their course of action in the direction of the Russian expectations.

Using military instruments is the last resort for Russia to assert its position. The troop buildup around Ukraine and military exercises demonstrate a broader possibilities frame. Everyone, including the Russian president, is aware that there is no military solution to Russia’s expectations; however, that is the only way its counterparts take Russia more seriously. There is always the possibility of misunderstanding and an uncontrollable escalation. Putin expects that the European actors and the U.S. should also feel the pressure more closely, yet there is a limited scope of reaction available.

On purpose: Message to the order

Putin’s statements resonate more with the 19th-century international order than the principles and practices of the post-World War II international order. The Russian president made his claims on purpose, outlining his revolt against the global order dominated by Western actors and institutions. In Putin’s perspective, actors like Ukraine that want to be part of the Western alliance are “puppets” fooled by the insidious tricks and plans of Western actors. He is angry with the Western political and military actors who extend their political agenda in post-Soviet spheres of influence. Those attracted by the Western actors are the subjects of his fury. The Russia-Ukraine tension is complicated as Putin is also not interested in keeping the two separatist republics in Donetsk and Luhansk within his orbit.

The historical references and interpretations in Putin’s speech were frightening for all states and nations that live in the former Soviet territories and spheres of influence. The Russian Foreign Ministry made a statement to reframe Putin’s claims and limit some of those historical references within the domain of Ukraine. But even the misunderstandings in the messages may be an instrument for Russian diplomacy.

Russia as the Soviet successor

Putin clearly states that Russia is against the enlargement of Western institutions such as NATO and the EU. For him, this expansion is not a natural process; it is somewhat coordinated and orchestrated by Western actors against Russia’s long-term interests. This is at the same time goes against the spirit of the end of the Cold War.

Many political and military analysts in the West believe that the Soviets and the communist bloc were the losers of the Cold War. For Putin, however, the collapse of the Soviet Union was one of the worst catastrophes of the 20th century and Russia, as the successor of the Soviets, did not get the necessary respect and credit for ending the Cold War peacefully. None of these interpretations grasp the complete story since we also need to take into consideration the narratives and the sentiments of the people who live in the former Soviet spheres of influence. There are still many people in those countries who appreciate some nostalgic elements of the Soviet legacy. In contrast, younger generations are much more sympathetic to further integration with the EU and NATO.

A sphere of influence

Russia is annoyed by the U.S. and EU’s involvement in the former Soviet territories and spheres of influence through civil society organizations, the media and pro-Western political actors. The rising Western soft power in the former Soviet spheres of influence and the cultural transformation in those areas threaten the Russian interests. Moscow’s anticipations about the West’s expansion to the former spheres of influence are not realistic because there is a solid and widespread desire in those countries through this direction. However, the NATO enlargement is negotiable since the military alliance’s purpose is to provide security for the allies rather than generate unnecessary tensions.

Western actors feel threatened by Russia’s military activism, yet they are also content with the consistently increasing popularity of Western values and institutions. No matter what kind of historical references Putin brings up, he will not change people’s expectations for broader wealth and freedom and greater political autonomy. The Russian political elite is aware of this fact, which is why those actors believe military means and coercive tools will be more practical and effective in holding on to Russia’s influence.

Hot confrontations have recently begun as Ukrainian people flee possible war zones. However, the diplomatic options are still realistic and more relevant for all the parties than their alternatives. In order for that to transpire, Washington and Brussels must have an honest and realistic dialogue and negotiation with Moscow. The psychological and political preparedness for more severe, outcome-oriented diplomacy has not been reached for the moment. The parties still do not want to understand and respect each other’s concerns and messages.

So far, both Washington and Moscow have put on theatrical performances rather than demonstrate their readiness for a more severe negotiation process. Both the Western and Russian actors feel that their counterparts do not respect each other, finding one another’s claims maximalist and unrealistic. For the moment, Moscow seems to have better prepared alternative options. If the diplomatic process does not unfold, the Ukrainian people will suffer. However, eventually, Russian, European and neighboring countries, including Turkey, will also gradually suffer. Washington seems to be less influenced by the unnecessary misunderstandings for the moment. The Ukrainian crisis urgently necessitates realistic diplomacy.

Turkey and Africa envision a strategic future together
Previous

Why is the Turkish opposition against Ankara's normalization?
Next
Loading...
Loading...
We use cookies to ensure that we give you the best experience on our website. If you continue to use this site we will assume that you are happy with it.Ok