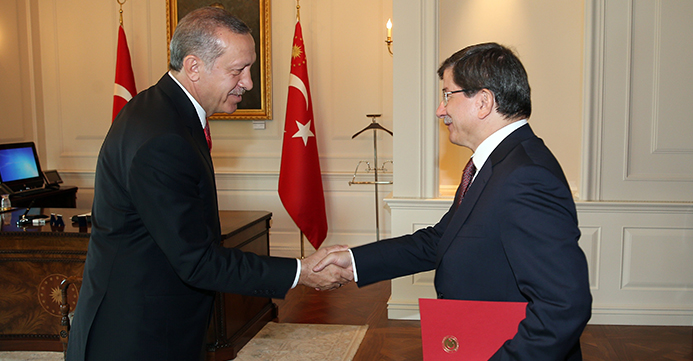 The Aug. 10 presidential election marked the beginning of a period when the people alone serve as the center of the new Turkey, and the sole authority of which any politician or movement willing to engage in constructive politics ought to appeal.

When Celal Bayar became the first civilian to serve as the nation’s president, his predecessor, İsmet İnönü, did not transfer his power in an official ceremony either. It was not until Nov. 9, 1989 that a civilian, Turgut Özal, replaced Gen. Kenan Evren with a memorable event to mark the occasion. Meanwhile, Ahmet Necdet Sezer, one of the masterminds behind the 2007 presidential crisis, made a deliberate decision to not welcome Abdullah Gül into the presidential office. The old Turkey’s unwillingness to acknowledge the new Turkey itself attested to the intensity of the guardianship regime’s trauma.

Following Recep Tayyip Erdoğan’s election to the presidency, an official ceremony took place after a 14-year break. In a way, the first transfer of power took place between the people and President-elect Erdoğan and the official ceremony on Aug. 28 merely marked the occasion. Erdoğan’s assumption of his powers will not only entail the beginning of an individual’s service but an end to the long history of turmoil of the old Turkey.

The Justice and Development Party’s (AK Party) extraordinary congress provided insights into the new Turkey’s story. First and foremost, the AK Party, which has been in power for three consecutive terms, set a new precedent in politics by holding its first-ever extraordinary party congress. As such, the most valuable aspect of the AK Party experience has been the movement’s ability to project its internal stability onto the nation in the form of normalization.

Upon coming to power in November 2002, the AK Party ended the state of emergency in eastern and southeastern Turkey that had been in force for almost three decades. It was this fundamental approach that has kept the party in power for 12 years. In other words, the AK Party’s ability to keep a safe distance from extraordinary turns has eroded a variety of extraordinary developments across the country.

Today’s transfer of power will usher in a period in Turkey’s political history when all key offices in the land will be held by elected officials. This development, at the same time, suggests that the top priority of these elected officials will be to keep the people on their side. Especially the presidency, an office that requires at least 50 percent of the vote, will directly reflect the people’s demands in the future.

Erdoğan, whose background and progress the people have approved through their votes, has become the nation’s next president following yesterday’s official ceremony. In five years, considering that he will choose to seek re-election, he will have to mobilize popular support and persuade voters. As such, Erdoğan acts on behalf of the people today by taking the presidency away from the state. The Aug. 10 presidential election marked the beginning of a period when the people alone serve as the center of the new Turkey, and the sole authority of which any politician or movement willing to engage in constructive politics ought to appeal.

Economic Depth: Economics of Davutoğlu Premiership
Next
Loading...
Loading...
We use cookies to ensure that we give you the best experience on our website. If you continue to use this site we will assume that you are happy with it.Ok