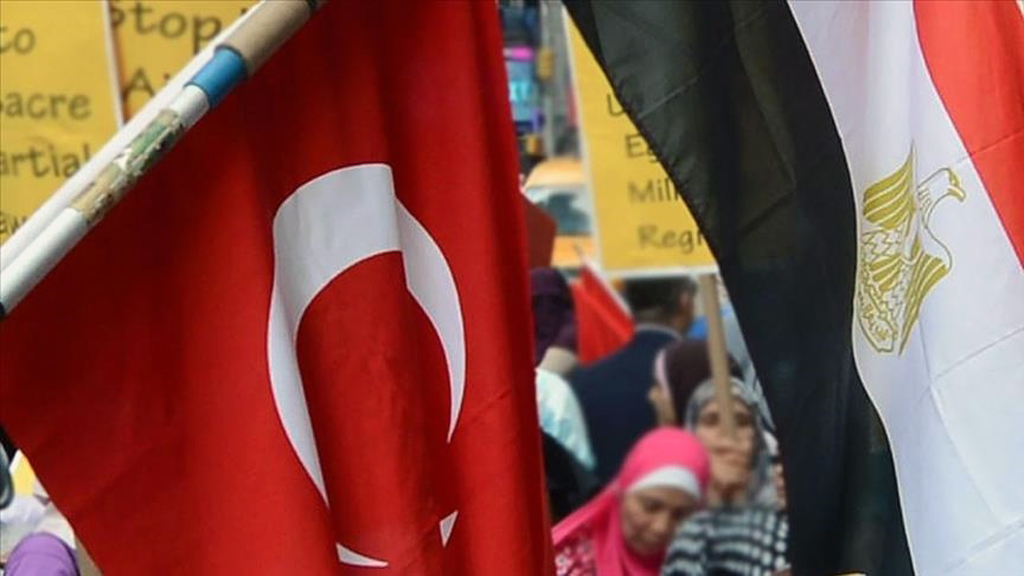 Normalization of Turkey-Egypt relations expected but not soon, say experts

As 2nd round of political consultation talks enter second day in Ankara, experts stress significance of normalization between Turkey and Egypt for regional politics

With Turkey and Egypt this week continuing talks at the deputy foreign minister level with an eye towards normalized ties, experts said such ties may be on the way, but not anytime soon.

In the Turkish capital Ankara on Wednesday, officials from both countries held day two of a second round of political consultations in teams led by Turkish Deputy Foreign Minister Sedat Onal and his Egyptian counterpart Hamdi Sanad Loza.

On Tuesday the officials addressed bilateral issues, and on Wednesday they are expected to exchange views on regional matters.

Can Acun, a foreign policy expert at the Ankara-based Foundation for Political, Economic and Social Research (SETA), told Anadolu Agency that grounds for normalization in bilateral ties could be reached if the sides “meet halfway.”

Saying that both sides have important matters to address, Acun said the two countries are also aware of the cost of the seven-year-long dispute, and so will work hard to reach a resolution.

“As the most important actors in their respective regions, Turkey and Egypt have many common interests. In this respect, the fact that relations took a negative course and even had disputes caused serious losses to both countries,” he said, adding that the talks aimed towards normalized relations are guided by a “pragmatic understanding.”

Acun stressed that the road towards normalization is “difficult” since the countries have diverging views on important matters such as the Muslim Brotherhood and maritime jurisdiction in the Eastern Mediterranean.

Turkey and Egypt do acknowledge each other’s political and economic significances, he noted, saying that Cairo expects Turkey to officially recognize the current Abdel Fattah el-Sisi government as the country’s legitimate authority. Meanwhile, Turkey expects Egypt to sit down for an alternative agreement with itself on maritime jurisdiction in the Eastern Mediterranean.

Egypt last August signed an exclusive economic zone (EEZ) agreement delimiting borders in the Eastern Mediterranean with Greece, a country Turkey has been seeking dialogue with over a fair sharing of maritime energy resources in the region by resolving disputes.

Acun said time will show the course of talks, adding that normalization is desired by both sides.

For his part, Ismail Numan Telci, deputy director at the Ankara-based Center for Middle Eastern Studies (ORSAM), told Anadolu Agency that the talks are expected to deliver positive results.

Citing Turkish Foreign Minister Mevlut Cavusoglu telling a Turkish TV channel Tuesday that “we would like to look to the future of our relations with Egypt,” Telci called the normalization of bilateral ties “highly likely.”

Telci, a prominent expert in Gulf politics and Egypt, explained: “If the two states reach the point of appointing ambassadors, the foundations for a high-level meeting between foreign ministers can be arranged in the future.”

In fact, the groundwork for such a high-level meeting could even take place during this fall’s UN General Assembly starting next Monday, Sept. 14, he added.

Echoing Acun’s comments, Telci also stressed that complete trust on both sides has yet to be established, but underlined that such a position could be signaled by mutually appointing ambassadors.

“It is fair to say that there is a will on both sides in this sense,” he added.

Pointing to Egypt’s ties with the Greece-Greek Cypriot duo, he said these relations are the most important factor in a possible agreement on maritime jurisdiction.

“This was seen again, especially at the Egypt-Greek Cypriot administration summit on Sept. 4. These countries recently made an effort to renew their relations more actively,” he said.

The major reason behind such a move is Athens and Greek Cyprus’ “concern about the possibility of Cairo distancing itself from them.”

Telci said the course of relations will become clearer once the political consultations end today.

“If steps towards normalization are taken, it is possible that different approaches to regional issues such as the Eastern Mediterranean, Libya and Syria will be reached and partnerships will be forged to resolve regional crises,” he added.

It carries great importance for regional politics, he said, that “Turkey and Egypt, the two most important actors in the region, focus on partnerships and overlapping policies rather than differences.”

Since 2013, ties between Turkey and Egypt have been carried out at the lower level of charge d’affaires. During this period, brief meetings were also held on various occasions between the two countries’ foreign ministers.

How is the Turkey-Gulf normalization going?
Previous

Analysis: Afghanistan | Everlasting Conflict
Next
Loading...
Loading...
We use cookies to ensure that we give you the best experience on our website. If you continue to use this site we will assume that you are happy with it.Ok