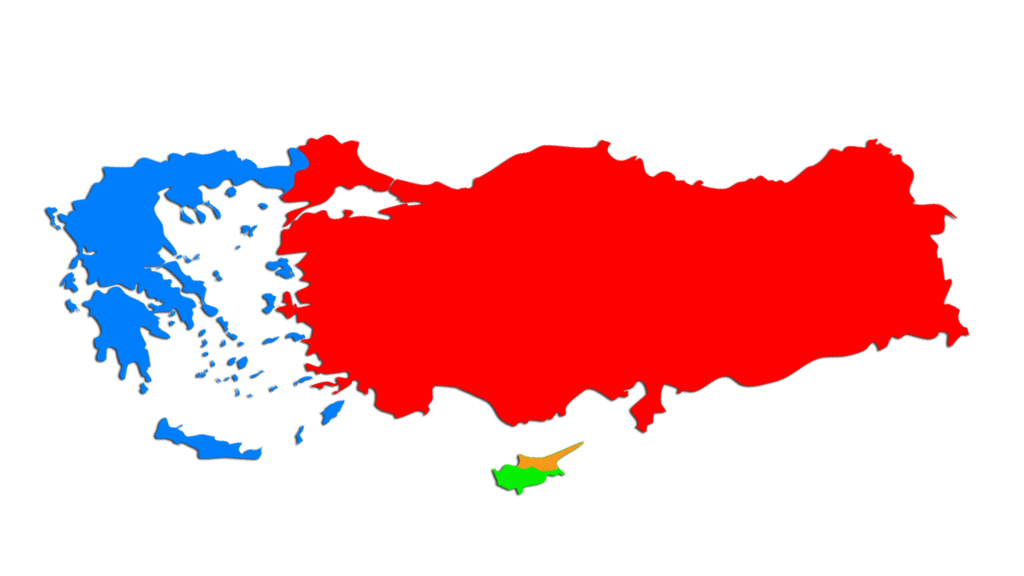 As the Greek foreign minister will visit Ankara on Thursday, experts say the consultative talks to resolve bilateral disputes in the Aegean and Mediterranean seas are “unpromising.”

Jan. 25 marked the first direct talks between Turkey and Greece in nearly five years after Athens suspended the talks in 2016.

Turkey, which has the longest continental coastline in the Eastern Mediterranean, has rejected maritime boundary claims by Greece and the Greek Cypriot administration, stressing that their excessive claims violate the sovereign rights of Turkey and the Turkish Cypriots.

Last year, Ankara sent out several drill ships to explore energy in the Eastern Mediterranean, asserting its rights in the region as well as those of the Turkish Republic of Northern Cyprus (TRNC).

Turkish leaders have repeatedly stressed that Ankara is in favor of resolving outstanding problems in the region through international law, good neighborly relations, dialogue, and negotiations.

Noting that “the fact that the talks continue is in itself a positive sign,” Dimitris Tsarouhas, an expert at Ankara-based Bilkent University, told Anadolu Agency: “The visit by the Greek foreign minister is an attempt to add to the positive momentum of the last few months.”

“It is unlikely, however, that any major breakthrough will be achieved and the visit is more of an attempt to keep channels of communication open,” Tsarouhas added.

He further stated that “the visit comes at a time when the EU is considering a revised version of a Positive Agenda for Turkey and its relations with the Union.”

“Turkey wishes to reduce tensions and knows that Greece can play a pivotal role in the process […] Both countries can ill afford new tensions in the region and are seeking to demonstrate their good intentions, especially to Brussels,” he added.

Ilhan Tahsin, a journalist running a Turkish-language online newspaper in Greece’s Western Thrace, also praised the resumption of talks between Turkey and Greece, saying it has “great significance for both sides.”

“However, it should be noted that Greece will emerge again with many differences if it comes to negotiation table with Turkey. Therefore, I do not expect anything positive to come out of these meetings,” Tahsin told Anadolu Agency.

Underling that the Greek side is at the consultative talks to “imply” that it is not the side that leaves dialogue, Tahsin said: “On the Aegean and Mediterranean issue, two countries have differences that could be described as a yawning gap.”

He said the Greek side would not put aside its differences easily while noting that Greek Foreign Minister Nikos Dendias’ visit does not have “much of importance for Greece.”

Drawing attention to domestic politics within Greece, Tahsin said that it is “never possible” for Greece to make any compromises at Aegean because “if he takes a step back, the Greek public would never forgive such a government or prime minister.”

“Because all strategies of winning in Greek politics is based on ‘anti-Turkey’ rhetoric. This will not change for many years,” he said, adding just holding talks with Turkey is even considered as a “compromise.”

“Therefore, I think this [Dendias’] visit is a cliché for Greece,” Tahsin added.

On Greek objections to Turkey’s position for a fair share in the Eastern Mediterranean, Tahsin said Athens would never accept Ankara’s win-win model.

“Some foreign forces have accelerated their efforts to dominate in the entire Mediterranean region via Greece. The First of these [forces] is the US, followed by France which got stuck in the corner and is looking for a way out. Of course, Israel continues to stand in the background in this game,” he said.

He further added that Israel maintains its relations with Greece in the field of military investments as Egypt got “stuck between the US and Russia.”

According to Tahsin, the issues at the Aegean and Mediterranean seas would not be resolved easily.

However, Bayrakli also said the talks are not very much promising and that he does not expect “dramatic” results from them.

He said a “possible change in power balance between the two sides” may reflect at the diplomacy table, adding an involvement of a “third-party” in the talks may change the dynamics.

“Aside from this, Greece sees itself powerful against Turkey – not in terms of economy or military but diplomacy,” he said, noting that the Greek side’s power in diplomacy comes from the European Union and “anti-Turkey” groups in the Western states.

“Thus, it demands things that Turkey would not accept which then leads to a deadlock in talks,” Bayrakli said.

On Dendias’ visit to Turkey, the SETA expert said: “This visit has meaning in terms of de-escalating tension between the two sides.”

The visit also means that the two sides are aiming to return to diplomacy and establish a negotiation ground, Bayrakli said, adding the Greek side does not want to look like a party that leaves the talks.

“Of course, this is not the only dimension in Turkish-Greek relations. Apart from the Eastern Mediterranean, there is the issue of migrants, cooperation in various fields including energy, human trafficking and terrorism. There are also economic relations,” he said.

In every field, Turkey and Libya take steps for future
Next
Loading...
Loading...
We use cookies to ensure that we give you the best experience on our website. If you continue to use this site we will assume that you are happy with it.Ok