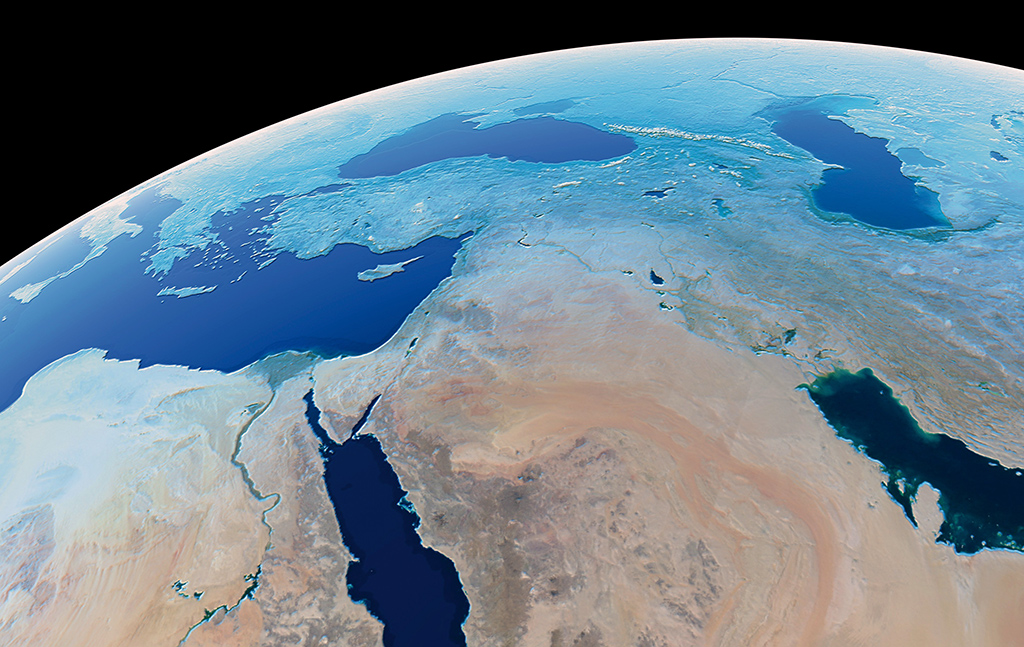 New actors and a new order in the Middle East

With the start of Arab insurgencies and revolutions, the Middle East has been experiencing a great transformation for the last eight years. The process of change continues in the region, but its direction is still unknown. One thing is clear, the regional balance of power is unstable and there has been a comprehensive reshuffle.

With the start of Arab insurgencies and revolutions, the Middle East has been experiencing a great transformation for the last eight years. The process of change continues in the region, but its direction is still unknown. One thing is clear, the regional balance of power is unstable and there has been a comprehensive reshuffle.

Parallel to the global system, there were two poles in the Middle East during the Cold War – pro-status quo and revisionist groups. However, currently there are at least three different poles. Different opposing regional poles demand conflicting orders. The first coalition led by the United Arab Emirates (UAE) and Saudi Arabia, supported by Israel, ask for the status quo ante. That is, this group of states opposes and resists against the Arab awakening, popular demands, the democratization process and national independence. The second group of actors led by Iran has been benefiting from the sectarian conflicts. Representing the Shiite minority in the region, Iran has been leading this group and supporting the Shiite groups in Arab countries. Still there is a third group of actors led by Turkey which has a revisionist stance and is for gradual change and popular demands.

Even though there are some differences between American administrations, in general the United States has been trying to invest in the first group. The Trump administration has been following a more clear-cut and polarized regional policy. Trump and his team have been alienating and demonizing Iran. Concurrently, the U.S. has been encouraging the UAE and Saudi Arabia to take measures against Iran. With the support of the U.S. and Israel, the two Gulf countries have been mobilizing other regional countries not only against Iran and its proxies but also against Turkey, Qatar and moderate Islamic movements. As a matter of fact, for this group, Turkey and its regional allies are more threatening than Iran and its proxies, since they believe that they are the main obstacles for the return of the old order.

For instance, they turned the Arab Spring into an Arab winter by overthrowing the democratically elected Morsi government in Egypt. They are responsible for the humanitarian crisis in Yemen and for the dismemberment of Libya. Finally, they want to solve the Palestinian question without considering the Palestinian people and to isolate Iran with the support of Israel.

On the other hand, the U.S., who supports the most authoritarian regional states, namely the UAE and Saudi Arabia, began to lose the Middle Eastern hegemony to others. While many observers focus on Russia, China will begin to challenge the American hegemony in the Middle East with its financial, economic and political institutions. In other words, besides Russia, China will also interfere in Middle Eastern affairs. Chinese and Russian dependence on the Middle East has increased more than ever. Therefore, it will be really difficult for the West to maintain its control over regional politics.

Eventually, the establishment of a regional order in the Middle East will be more difficult than ever. While regional powers do not have the capacity to do so, the same can be said for the U.S. as well, considering that the cost of controlling the region will be very high and the American administrations are reluctant to do so. Even the last two attacks against American troops are only a small indication of the rise of anti-American forces. It is important to understand that besides the traditional anti-American forces in the region such as Iran and its proxies, new actors such as Turkey have begun to search for alternative foreign policies, because the U.S. insistently continues to alienate its traditional allies.

Turkey’s five objectives for safe zone in NE Syria
Next
Loading...
Loading...
We use cookies to ensure that we give you the best experience on our website. If you continue to use this site we will assume that you are happy with it.Ok